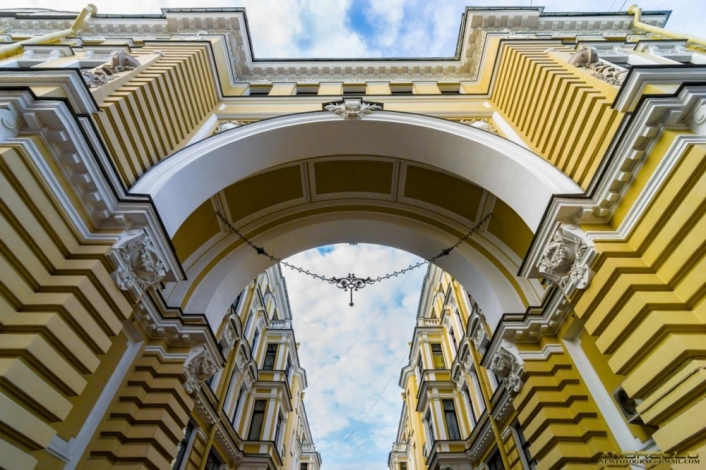 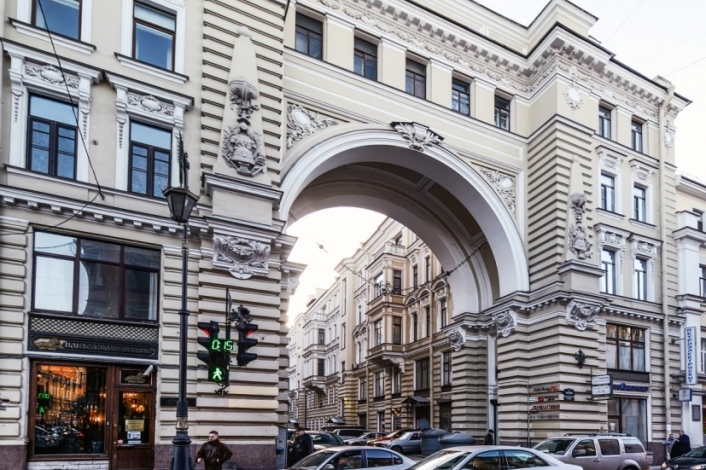 On the street Pestelya among outwardly inconspicuous buildings a huge house stands out with a high monumental arch, showcases on the lower floors and eye-catching rhythm of bay windows. It has a double number of 13-15 because it occupies two former possessions.

At the dawn of the new, 20th century, in 1898, land plots No. 13 and No. 15 were acquired by the greatest St. Petersburg landlord Ratkov-Rozhnov, who for many years held the post of mayor. He demolished the two buildings standing here and ordered the construction of one large profitable house to the fashionable architect Pavel Syuzor.

Having begun work on the new building, the architect showed himself to be an innovator: he raised the arch, which leads to the courtyard, to a gigantic size, cutting the facade to a height of four floors. The entrance to the courtyard became open and bright, as opposed to the majority of houses in St. Petersburg, which look at the streets with impregnable blind facades. Thanks to this method, the profitability of the land plot also increased: the landlord received much more comfortable expensive apartments than in a house with wells.

The architectural decoration of the house is made in the style of the Renaissance and early French classicism (the so-called style of Louis XVI). A set of attributes is associated with the activities of Ratkov-Rozhnov, who was, in particular, the owner of the steamship company "Airplane". In addition to traditional military armor, here are the noses of ships and anchors. Caduceus (the rod of the ancient Roman god of trade and crafts of Mercury), a sheaf of wheat ears and an ax point to trade, agriculture, and construction. From the back, the arch is decorated with the monogram of Ratkov-Rozhnov in the form of two crossed letters «R».