Profitable house of the Duke of Leuchtenberg 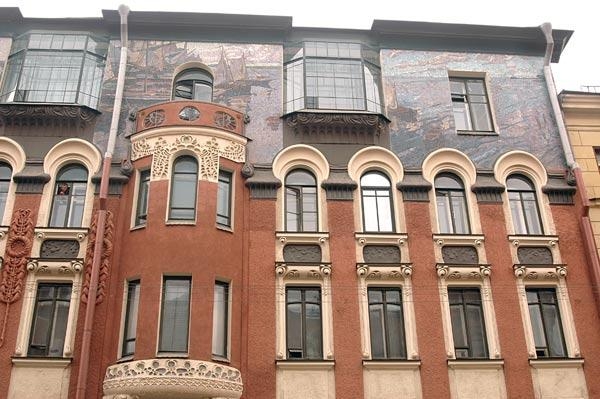 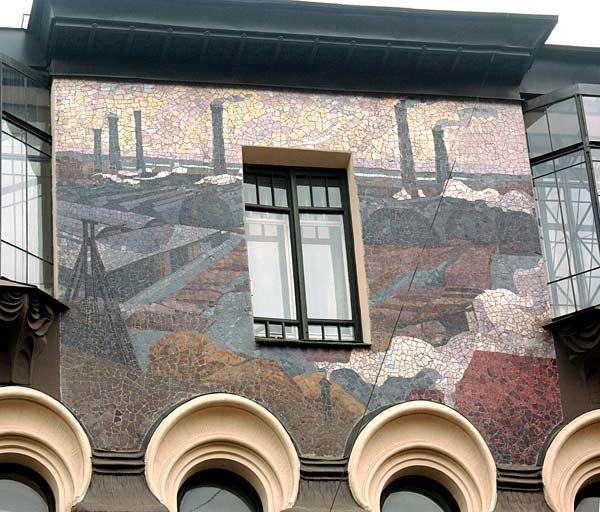 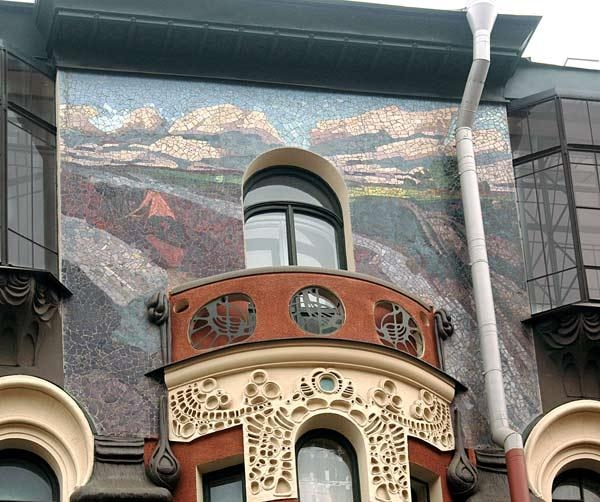 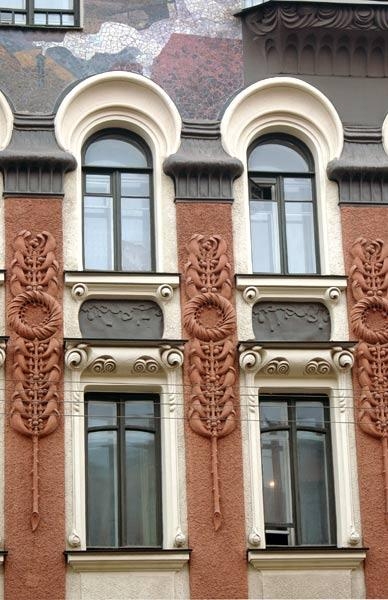 The owner of the house was Duke Nikolai Nikolaevich Leichtenbergsky. He came from the French noble family of Beauharnais, who was related to Napoleon Bonaparte along the lines of his wife Josephine Beauharnais. Born in Geneva in 1891, Nikolai Leikhtenbergsky came to St. Petersburg, served in the Preobrazhensky regiment, participated in the First World War and was awarded for bravery by the checker bequeathed by General Skobelev for the delivery to "the first regimental hero." In 1918 he emigrated to France.

In St. Petersburg, the duke owned several lucrative houses, he himself lived in a mansion that stood on Kamennoostrovsky Avenue, 64.

The house on Bolshaya Zelenina street is the first large building of the architect Fyodor (Friedrich August) von Postels. The dominant feature of the main facade was a huge mosaic frieze on the fifth floor. Mosaic panels were created in 1905 according to the sketches of the artist S.T. Shelkovyi. For the first time on the building was depicted a complete finished view: fields, hills, river, city buildings and even an industrial landscape with tall smoking pipes. Motives smoothly flow one into the other, creating a panorama.

The relief decor of the house is strikingly intricate. Three residential floors are "cut" by high windows, united by pilasters and two round bay windows. At the level of the second floor, there is a belt of whimsically intertwining bands and zigzag figures.

The Duke of Leuchtenberg was a great lover of the arts, and the architect envisaged premises for art studios in the apartment house. Four convex glazed balconies on the top floor remind us of them. Here was, in particular, the studio of the artist Ivan Parkhomenko, the creator of the unique portrait gallery of writers of Russia. Leonid Andreev, Ivan Bunin, Alexander Kuprin and other well-known Russian writers were coming to his studio. Here, posing for the artist, read his poems, Alexander Blok.