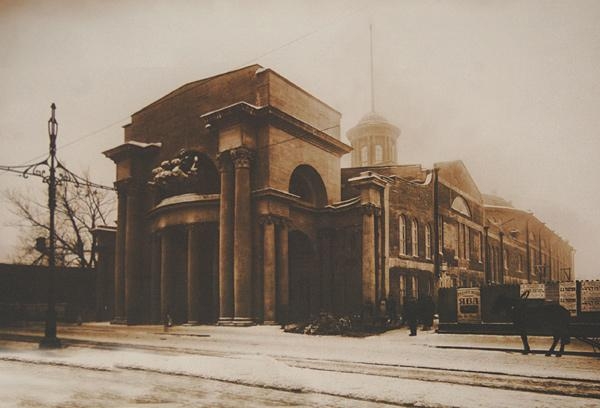 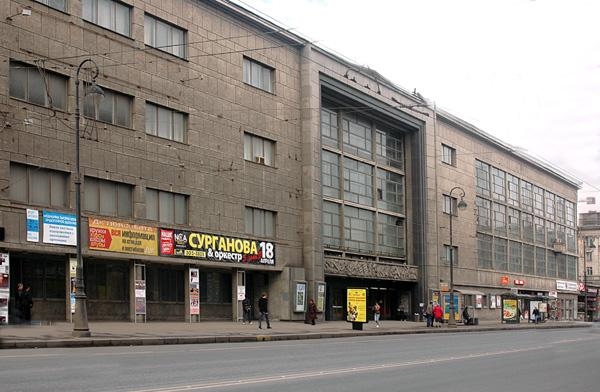 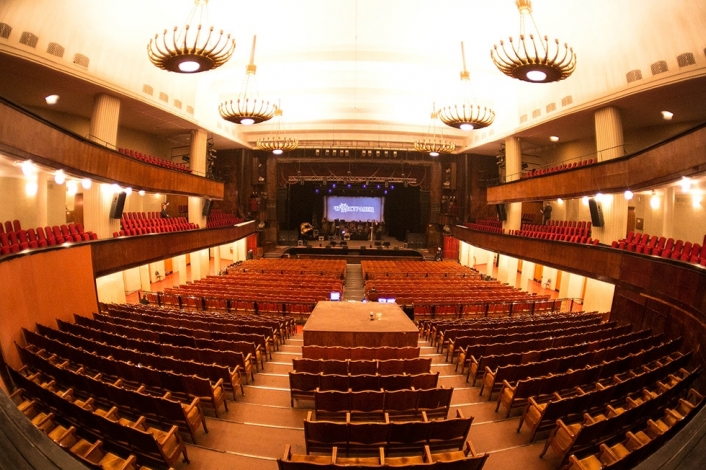 In 1910, on this plot of land under the project of architects A.E. Belogruda and S.G. Ginger "Sporting Palace" was built, which housed the largest cinematography in the city, a restaurant and a hall for roller-skating - "skating ring."

The existing building was erected in 1931-1938 according to the project of E.A. Levinson and V.O. Muntsa (architect Levinson also owns the project of the first residential building of the Leningrad City Council on Karpovka, 13). The new House of Culture under the project was to include two theaters, gymnasiums, a swimming pool and a library. All these rooms architects intended to place under one roof, but this plan was not implemented to the end. So, the planned 46-meter tower, which was to become the dominant of this area, is built only 30 meters high.

As a result, the House of Culture, one of the largest in the city, included: a theater hall for 2,200 spectators, a cinema, two lecture halls, exhibition and dance halls, a library, club rooms. Above the entrances there was a strip of bas-relief, symbolizing theatrical art, music, and work.

The original name was the House of Culture of industrial cooperation (colloquially called "Promka"). The modern name in honor of the Leningrad Soviet of Working People's Deputies and the status of the Palace of Culture were awarded in 1960.

Currently, part of the building is occupied by various shops and offices, and some still occupied by clubs of interests. The building hosts concerts, theater performances, lectures.