Four monuments in the center of the Alexandrovsky Garden 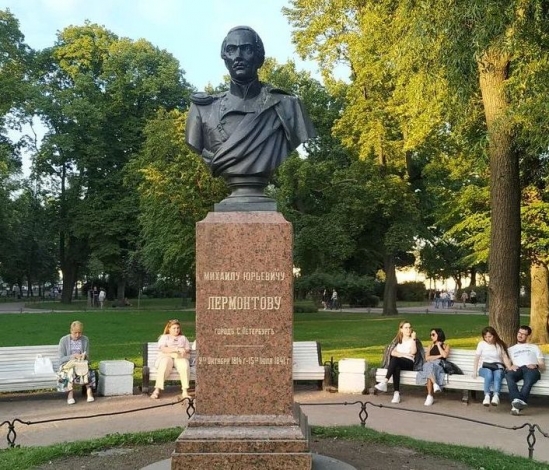 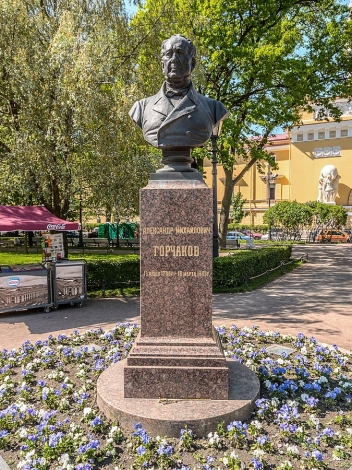 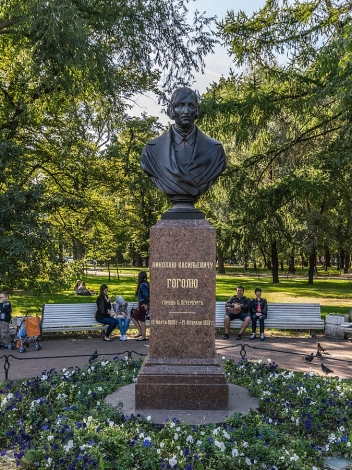 There are four similar bronze busts on pedestals made of red granite around the fountain in the center of the Alexandrovsky Garden. These are monuments to Russian writers M.Yu. Lermontov and N.V. Gogol, the composer M.I. Glinka and the diplomat A.M. Gorchakov

In 1880, at a meeting of the City Duma of St. Petersburg, it was proposed to decorate the Alexandrovsky Garden with busts of famous figures in the field of science and literature. The first list consisted of 14 names: Cyril and Methodius, Nestor the Chronicler, M.V. Lomonosov, G.R. Derzhavin, D.I. Fonvizin, N.M. Karamzin, I.A. Krylov, V.A. Zhukovsky, A.S. Pushkin, A.S. Griboyedov, M.Yu. Lermontov, N.V. Gogol, A.V. Koltsov. The list was changed several times.

As a result, in the XIX century, three monuments appeared near the fountain: On June 17, 1896, were installed busts of Gogol and Lermontov, and on May 31, 1899, the monument to Glinka was opened. The fourth should’ve been the bust of V.G. Belinsky , a monument was planned to establish in 1911, for the centenary of Russian critic and essayist, but the project was not implemented.

Only after 100 years, on October 16, 1998, the composition was finished by a bust of Gorchakov, it was built for the bicentenary of the birth of the diplomat.