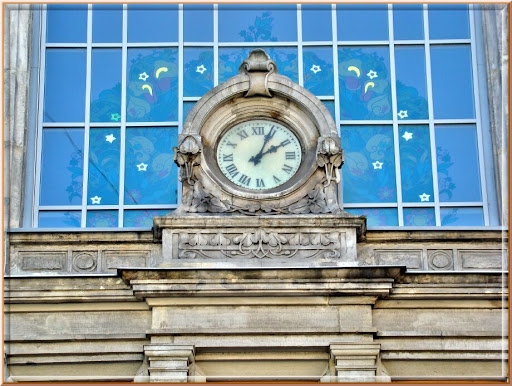 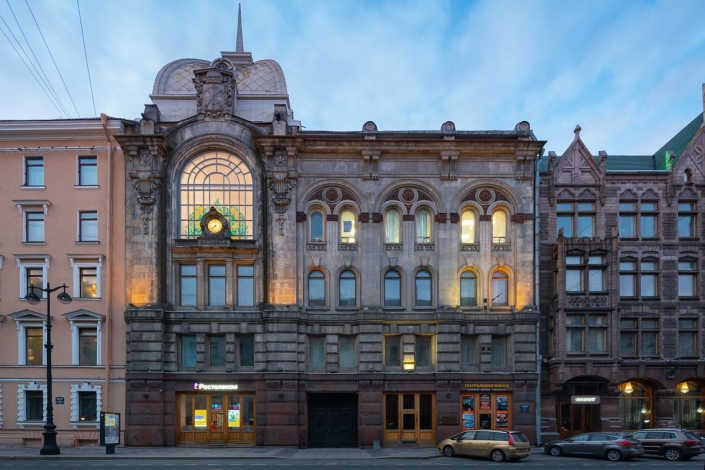 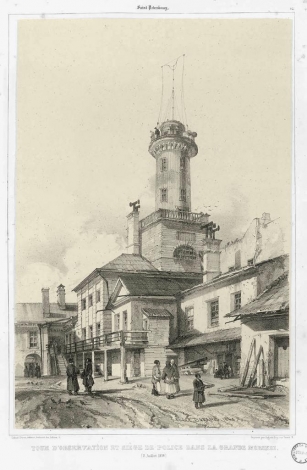 The history of this house is associated with the emergence of the Sea settlement. Here supposedly was the courtyard of the captain of the galley fleet Andrei Petrovich Diopera, a Greek, who entered the service in 1703. He was one of the first residents of St. Petersburg.

In the 18th and 19th centuries, the building changed hands several times. In 1784, it was acquired by the governor of the St. Petersburg province for the St. Petersburg police chief. The house was rebuilt. It underwent a new reconstruction in 1844-1847 according to the project of architect N.E. Efimov. The building has become a four-story building, the facades are eclectic style, an octagonal fire tower with a sentry box and a metal mast equipped with a signal beam towered above the left outbuilding. Kalancha towered 17 fathoms (35 meters) above the ground.

Until the end of the XIX century, the police station and the fire brigade were located here. At the beginning of the 20th century, the building was given over to the Central Telephone Exchange and by 1905 it was completely rebuilt according to the project of the architect K.V. Baldi. The facade is richly decorated with sandstone of two colors - red and gray. Complex garlands are cut out of sandstone on the sides of a huge window, the stucco coat of arms of St. Petersburg under the dome and ornaments above the windows with individual ceramic details. A large electric clock was installed in the arch supporting the dome.

The telephone exchange lasted from 1905 to 1950, then various institutions were located here. After the restoration of the building in 2015, the Senator business center was located there.