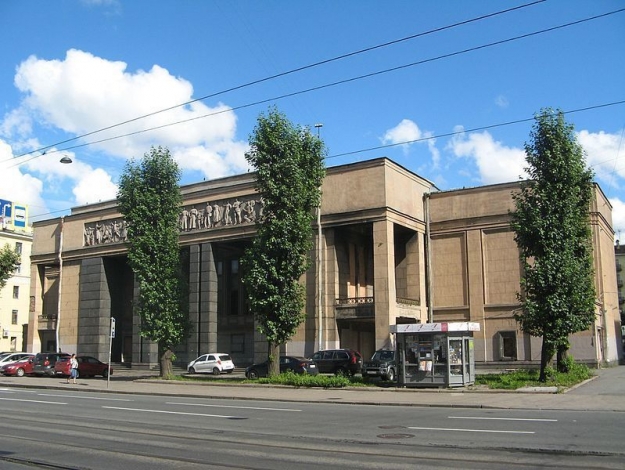 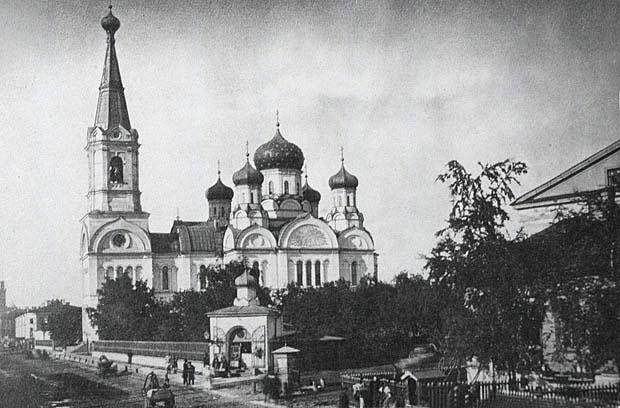 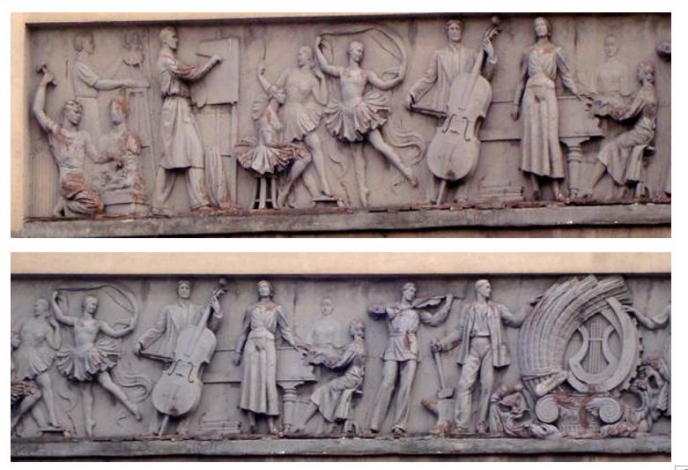 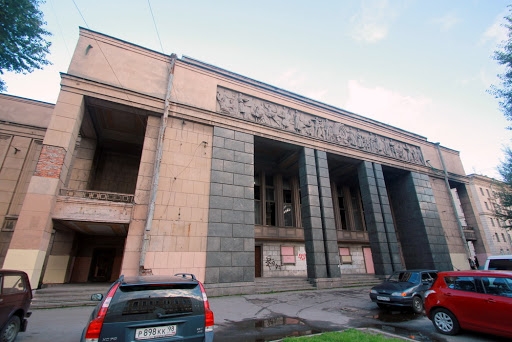 On April 21, 1939 in Leningrad on Gaza Avenue (Staro-Petergofsky) the Moskva cinema was opened - the first three-hall cinema in the USSR. During its construction, the Church of St. Catherine by the architect Konstantin Ton was demolished.

Cinema "Moscow" was built in the style of Stalinist neoclassicism by the architect Lazar Khidekel. The total area of the building is more than two thousand square meters; it has a complex internal architecture, wide flights of stairs and spacious halls. The facade of the cinema is faced with natural granite and marble, and the upper part is crowned with a sculptural frieze. It was made by the sculptor Igor Krestovsky, the son of the writer Vsevolod Krestovsky, author of the novel "Petersburg Slums".

In her book Silhouettes of Time, Avgusta Mikhailovna Sarayeva-Bondar recalls the sculptor's words that there are no fictional figures on the frieze, although the author did not strive for portrait resemblance. “So, the figure of a woman-sculptor was inspired by the appearance of Yanson-Manizer, the colorful figure of Samokhvalov brought me to the painting bench, the ballet plot was dictated by three lovely Auroras from The Sleeping Beauty — Ulanova, Vecheslova and Dudinskaya. The composition "At the Piano" is dedicated to the beautiful voice of Preobrazhenskaya. A gallery of pre-war representatives of Leningrad art opens up in front of the audience ... And this sculptural story ends with a cameraman with a camera and a man with a camera in his hands, ”said Igor Krestovsky.

The cinema was closed in the 1990s, the building was rented out to a commercial company for many years, then it was empty. At the same time, it is recognized as an object of cultural heritage of regional significance,

In 2008, the city sold the monument at auction. In 2016, a project was approved for the reconstruction of the building of the former cinema "Moscow" - it was planned to place a multifunctional center in it. But so far, the work has been mothballed for an indefinite period.