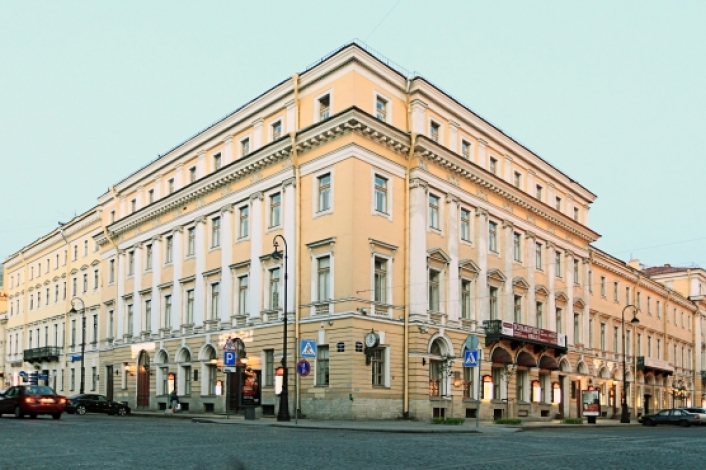 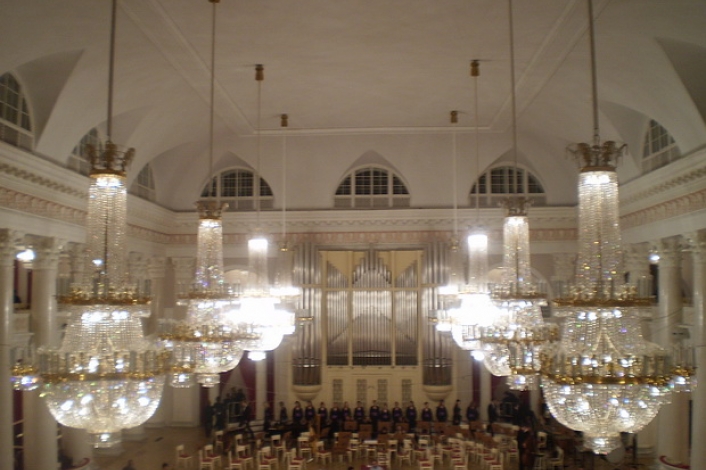 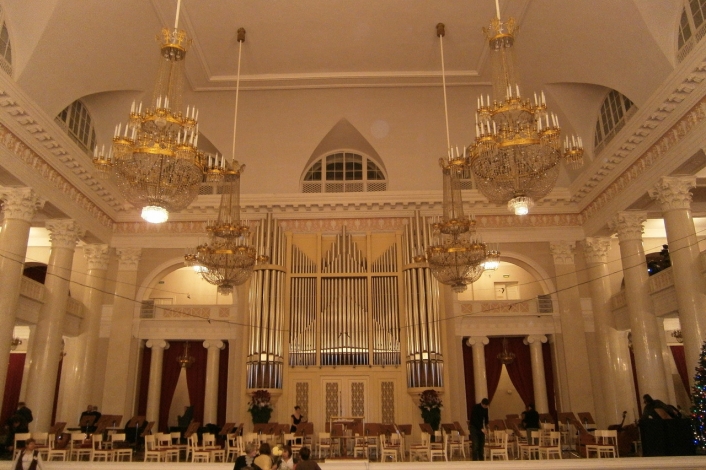 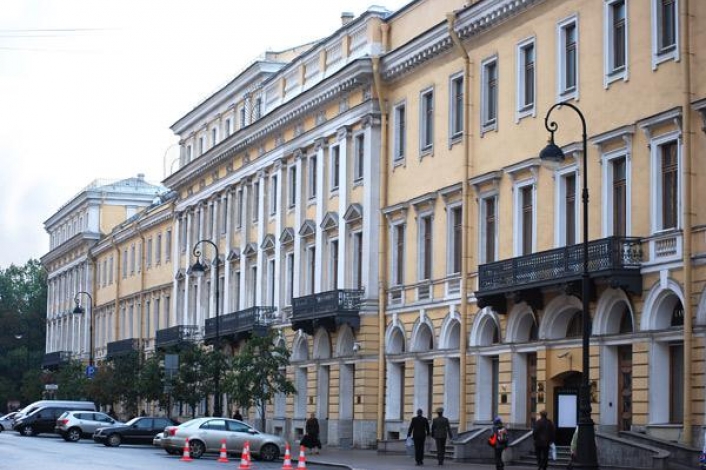 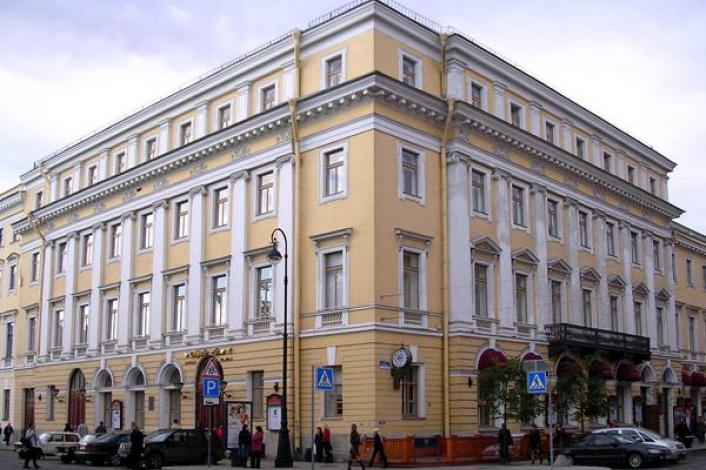 The project of the ensemble of Mikhailovskaya Square and the construction of this site of Italian Street was designed by the architect K.I. Rossi in the first half of the XIX century. The building that now houses the Philharmonic, was built in 1834-1839 by architect P.P. Jaco for the Noble Assembly of St. Petersburg. He also owns the look of a large three-room hall (now a concert hall), which is decorated with Corinthian columns of white artificial marble.

From the late 1940s, the first-class acoustics room, which seats more than 1500 people, has become the center of the musical life of St. Petersburg. Famous musicians of the XIX century performed here: F. List, G. Berlioz, R. Wagner, A. Rubinshtein, K. Schuman. Here, for the first time, many compositions of the classics of Russian music were heard.

Originally the building was three-story. In 1899-1901 more floors were added according the project of V.A. Shreter and A. P. Maksimov. At the same time, a stone two-story vestibule (dismantled in 1931) was erected on the side of the square, the main staircase and lobby were reconstructed.

On June 12, 1921 the performance of the Sixth Symphony of P.I. Tchaikovsky in this building opened the Petrograd Philharmonic. And on August 9, 1942, in besieged Leningrad, Shostakovich's famous Seventh Symphony was first performed here.

Today the Great Hall of the Petersburg Philharmonic is considered one of the best concert halls in Europe. It accommodates more than 1500 spectators.