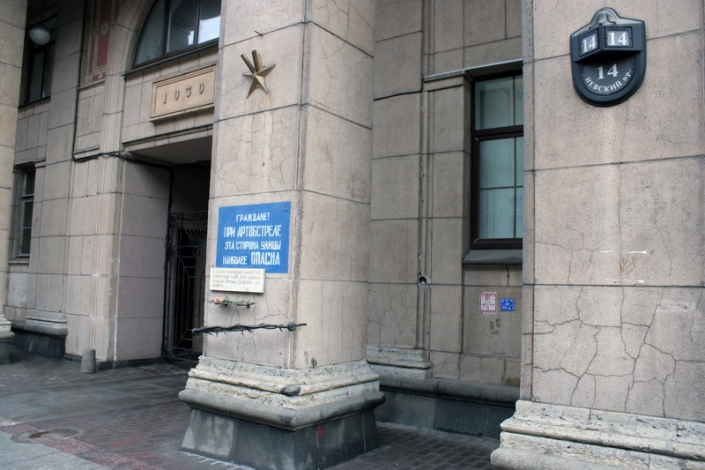 The inscription on the wall of the 210th school on Nevsky Prospekt “Citizens! During shelling, this side of the street is the most dangerous ”- the most famous of the five memorial inscriptions recreated on the walls of houses in St. Petersburg and Kronstadt in memory of the blockade.

In Leningrad, such inscriptions were applied on the north and north-east sides of the streets, as the Germans fired on Leningrad in the south (Pulkovo heights) and the south-west (Strelna), and in Kronstadt on the south-west sides, since the shelling was carried out from Peterhof. None of the original inscriptions were preserved; in the 1960s and 1970s they were re-applied in white and blue colors.

The inscription on house 14 on Nevsky Prospect appeared in the summer of 1943, it was applied by the girls-fighters of the MPVO Tatyana Kotova, Anastasia Pashkina and Lyubov Gerasimova. In 1962, it was recreated on the initiative of the poet Mikhail Dudin and on the project of the architect V.D. Popova.

Other recreated commemorative inscriptions are located at: