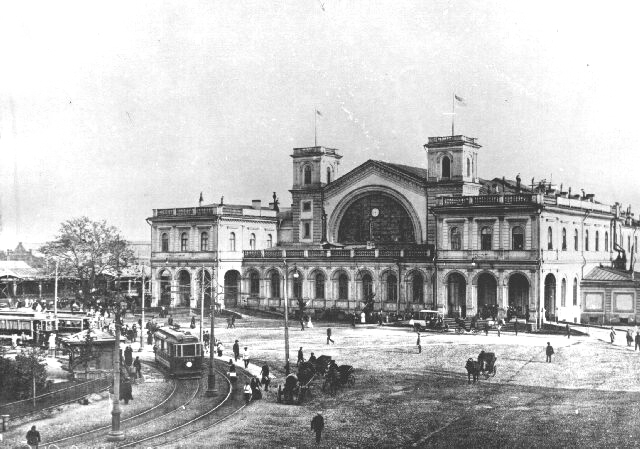 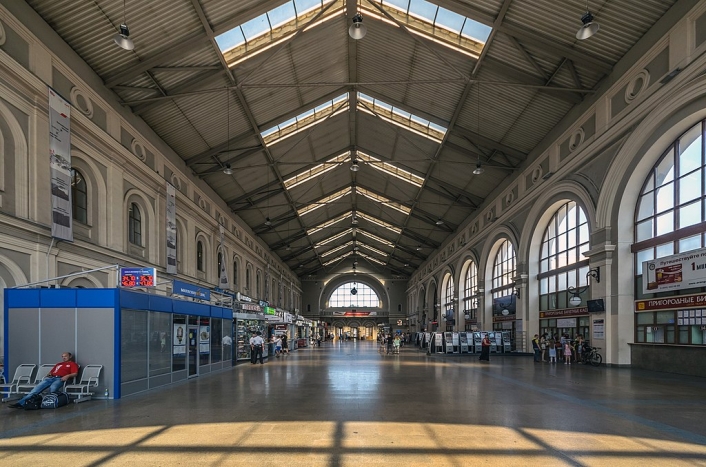 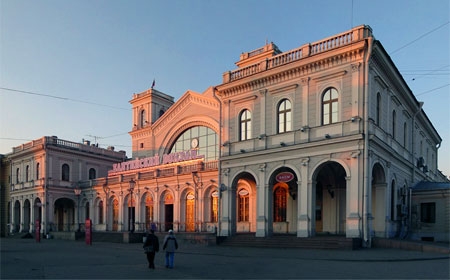 In 1853, a railway was built between St. Petersburg and Tsarskoye Selo. The government planned to lay a branch to Peterhof, but the Crimean War was going on, and the treasury did not have enough money for a new construction. One of the richest Petersburgers of that time, the largest financier and industrialist, Baron Alexander Stieglitz, decided to finance this construction.

A private railway was laid to Peterhof and from Gatchina to Luga, and a station building was erected near the Obvodny Canal according to the project of architect Alexander Ivanovich Krakau.

The prototype was the Gare de l'Est in Paris. The central facade of the station is decorated with two turrets and a semicircular stained-glass window with a Pavel Bure clock, which became electric in the 20th century and is still in operation. Glass floors are installed above the platform. The entrances at that time were side. On the sides of the building were two-story wings, the left was intended for the imperial family.

In response to the Renaissance style of this station in Peterhof, a station building in the Gothic style was built according to the project of Nikolai Benois.

July 21, 1857 the movement of trains from St. Petersburg from a new station, which was called Peterhof. On December 19, 1872, the first train from Revel (now Tallinn) arrived at this station, and from that time the station became known as Baltic.

In 1931-1932, the Baltic Station was reconstructed. The paths were removed from under the dome of the building, the side entrances were closed, and the central entrance was made in place of the three-arch windows. In 1933, the first electric train departed from the station. In 1955, the ground lobby of the Baltiyskaya metro station was added to the left wing of the station. In the early 2000s, the station building was restored.

Today, the Baltic Station only accepts and sends suburban trains. From here you can go by train to the palaces and fountains of Peterhof, to the sights of Oranienbaum and Gatchina, and further to Luga and Pskov.

In terms of commuter passenger traffic, Baltiysky Rail Terminal is one of the largest in Russia. About three thousand people use the services of the Baltic Station every hour.