Arch of the General Staff 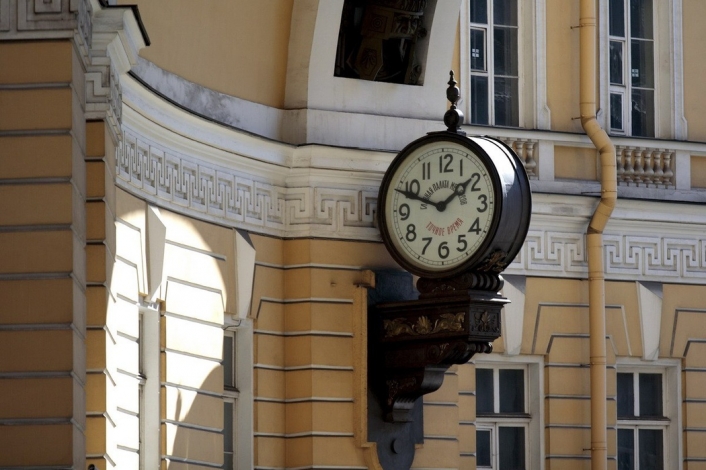 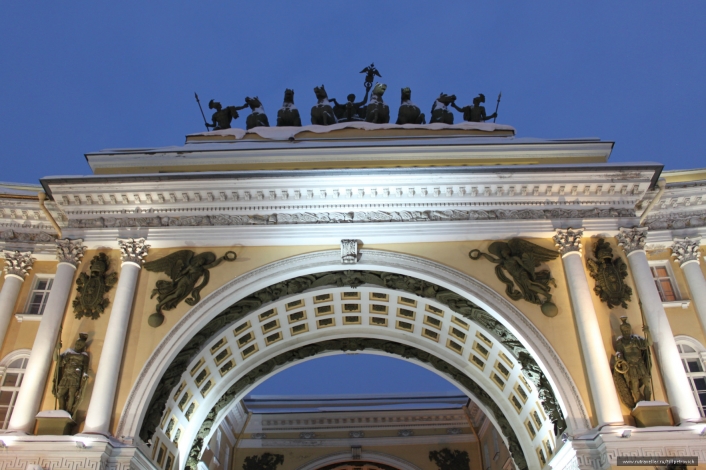 Triumphal arch, dedicated to the victory of Russia in the Patriotic War of 1812, was created under the project of Carlo Rossi and was opened on October 24, 1828. It completes the ensemble of the Palace Square, linking the two wings of the General Staff building.

In fact, this is not one, but three arches leading from the Palace Square to Bolshaya Morskaya Street. In the XIX century, this segment of the street to Nevsky Prospekt was called Lugovaya Millionnaya and Malaya Millionnaya Street.

From the side of the Palace Square, above the arch at an altitude of 36 meters, a triumphal chariot, harnessed by six horses, hovers. They are restrained by two soldiers in Roman armor, and on the chariot is the winged goddess of victory, Nick, in her hands - a laurel wreath, a symbol of glory.

The bas-reliefs decorating the arch continue the theme of military victories: they are figures of warriors in armor and the flying goddesses of glory, wreaths and palm branches, military trophies.

From the side of Bolshaya Morskaya street on the wall of the arch you can see a clock with the inscription "The main chamber. Exact time". The watch has two dials on both sides, each with a diameter of 2 meters. They were installed in 1905 on the initiative of D.I. Mendeleev and became the first in St. Petersburg electric street clock. The clock mechanism was developed by engineer August Erikson.