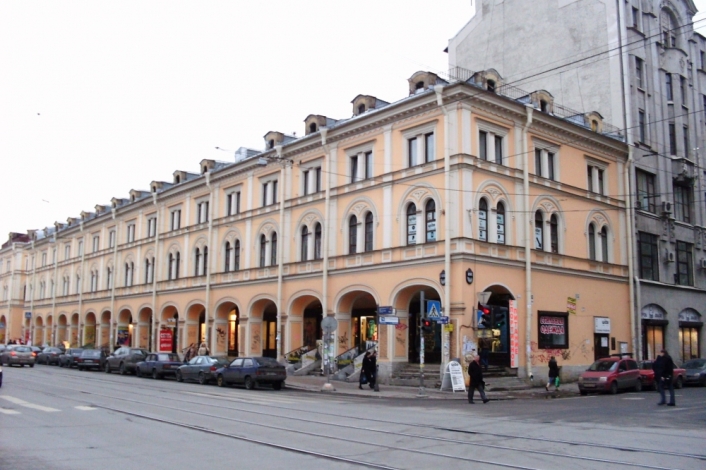 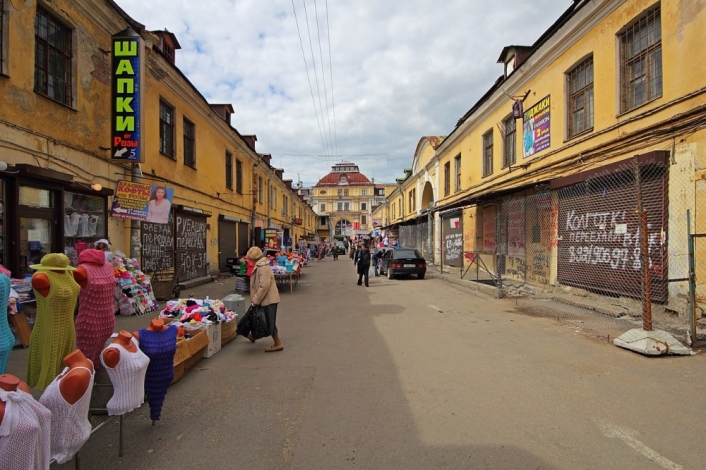 Apraksin yard (in common parlance - "Apraška") - one of the largest historical shopping centers of the city. It occupies 14 hectares of territory, bordered by the streets of Sadovaya, Lomonosov, Fontanka embankment and Apraksin lane. It was named after the first owner of the land plot - Count Fedor Apraksin.

Historically, the territory of the present Apraksin yard was composed of two parts - Shchukin and Apraksin yards. The owner of the first in the middle of the XVIII century was the merchant Ivan Shchukin, where they sold agricultural products.

Since 1754, the construction of trade shops began on the Apraksin site. By the end of the XVIII century, there were formed extensive trading rows. So, by the middle of the XIX century in Shchukin and Apraksin yards was concentrated almost the entire secondhand trade of St. Petersburg.

In 1833 by decree of Nicholas I Apraksin and Shchukin yards were united in one vast market. In 1862 most of the buildings were destroyed by a strong fire. The main buildings of the Apraksin court, preserved to this day, were built in the 1870s and 1880s. Now Apraksin yard includes 57 buildings.

In the XXI century, work began on the fundamental reconstruction of the territory of the shopping complex. It is planned that most of the existing retail areas will move to the outskirts of St. Petersburg.