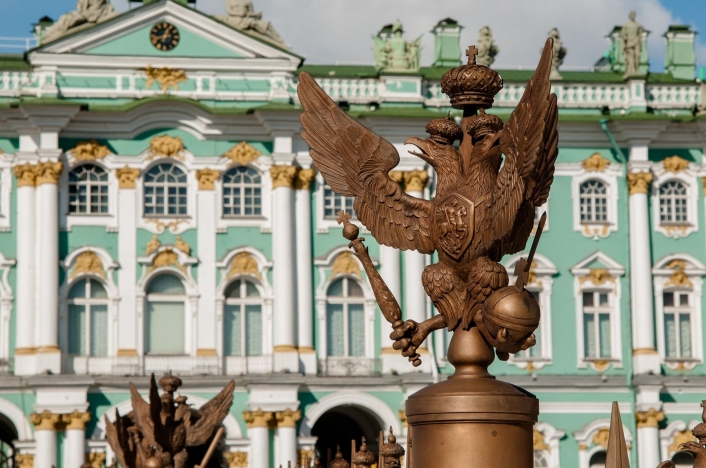 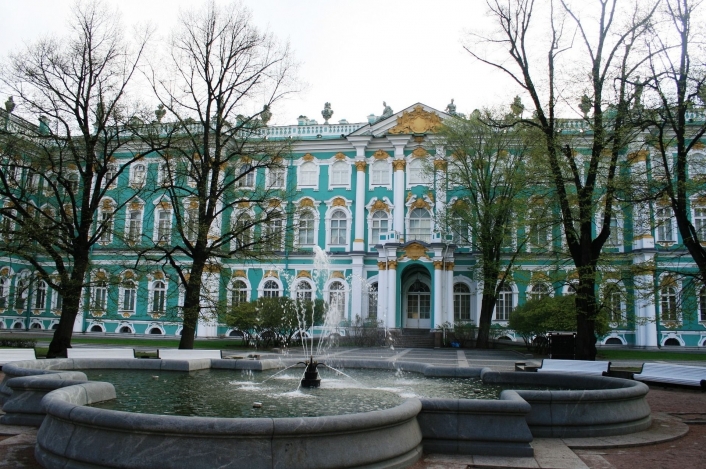 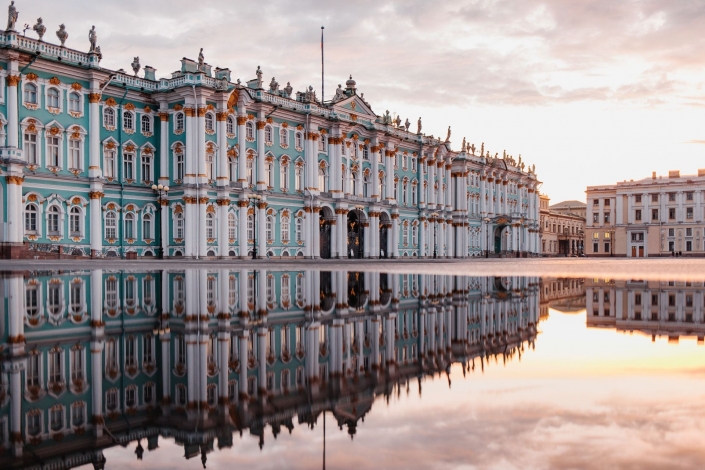 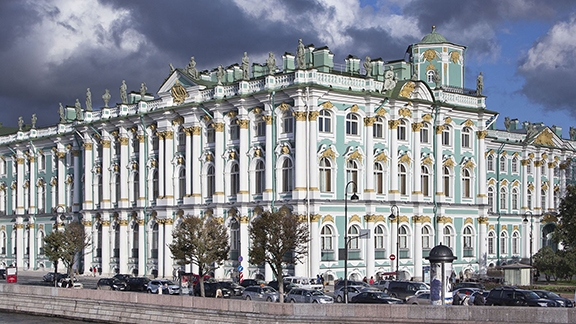 The elegant, monumental Winter palace, which was constructed by order of Empress Elizabeth, is a striking monument of the Baroque style and a brilliant example of the synthesis of architecture and decorative plastic art. All the facades are embellished by a two-tier colonnade. Forming a complex rhythm of verticals, the columns soar upwards, and this motion embraces the numerous statues and vases on the roof. The abundance of molded decoration - fanciful cornices and window architraves, mascarons, cartouches, rocailles and a variety of pediments - creates an extremely rich play of light and shade that invest the building's appearance with magnificence.

Developing upon one and the same architectural motif, Rastrelli gave each of the four facades of the palace a different structural rhythm. The southern facade, overlooking the square, has a solemn grandeur. Here the architect pierced the building with three arches to create a grand entrance into the courtyard and accentuated it with the vertical elements of paired columns. The majestic northern facade, giving the impression of an endless colonnade, faces the broad expanse of the Neva. The western facade, across from the Admiralty, is reminiscent of the composition of a countryside palace with a small courtyard. The monumental eastern facade with its massive side blocks forming a large cour d'honneur is turned to Millionnaya Street, where the mansions of the nobility stood.

For 150 years the palace served as an imperial residence. In November 1917, after the October Revolution, it was declared a museum. The expositions placed in the palace include grand halls and chambers, collections of the antiquities of Eurasia and the East, as well as collections of European and Eastern paintings, sculptures and decorative art works.