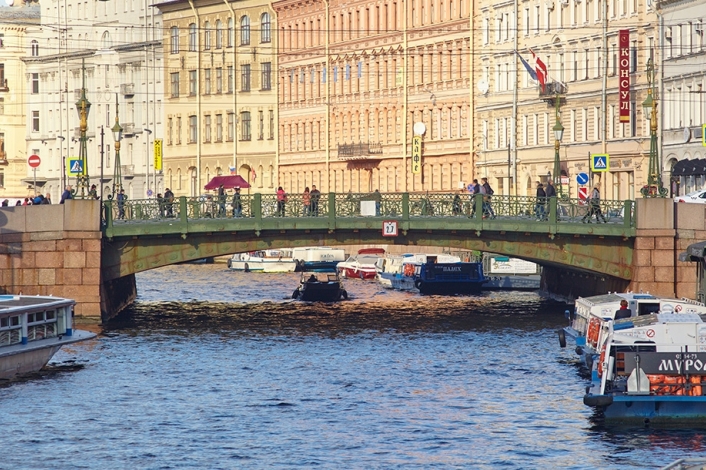 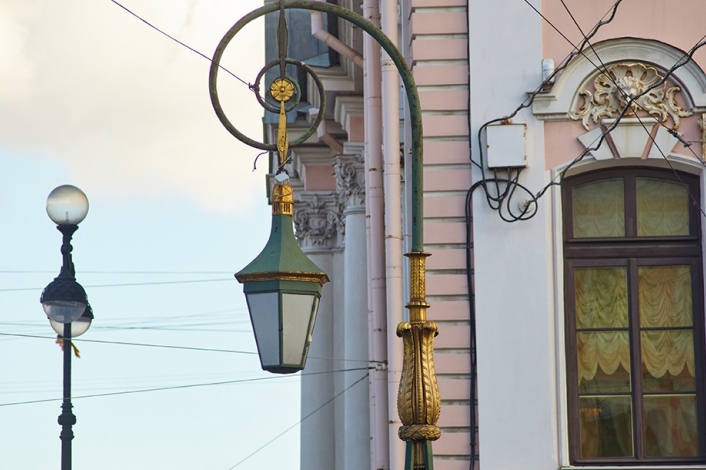 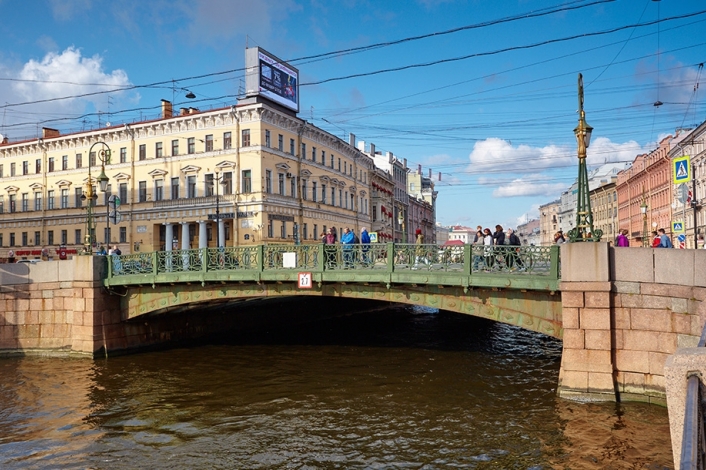 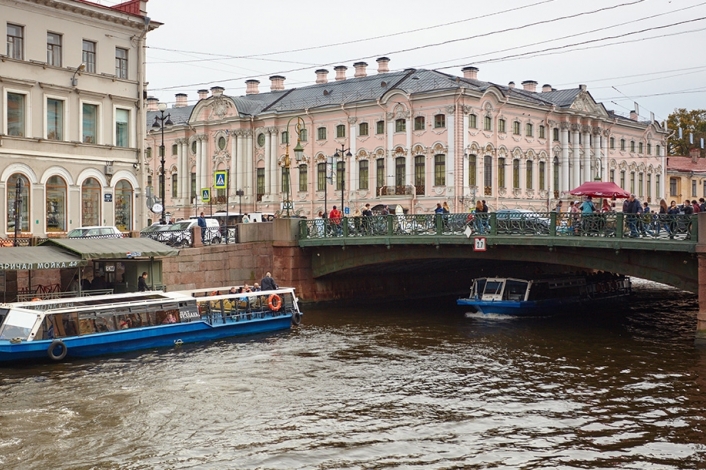 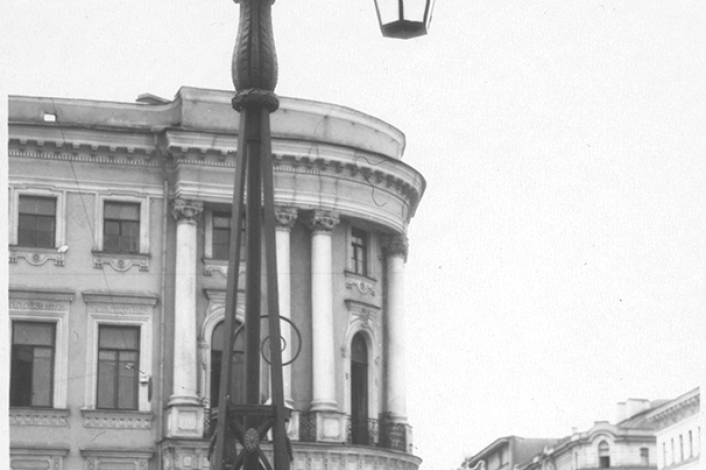 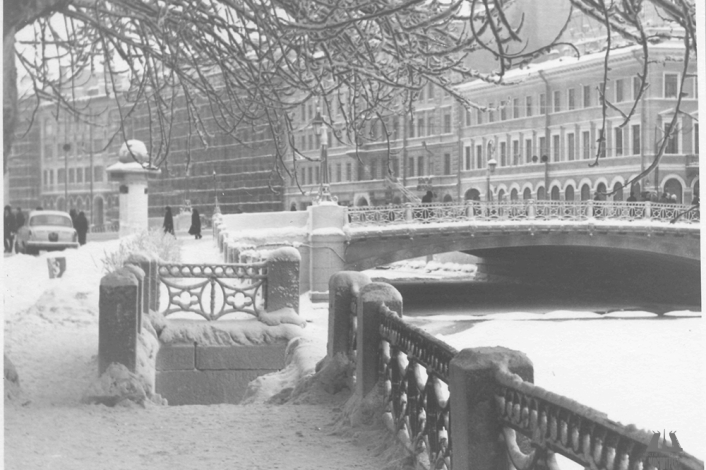 For the first time in 1716, a wooden drawbridge was built at this place, which was called Petrovsky; and in 1735, when it was painted green an appropriate name was given to the bridge.

However, in the 1770s it was renamed Police Bridge by the name of home of General of Police Chicherin. At the end of the XVIII century, the crossing was rebuilt; it began to have three wooden spans of beam system on stone supports.

By the beginning of the XIX century Nevsky Prospect become a main street of the City, and it was necessary to rebuild the crossing once again. In 1806 the first metal cast iron bridge in St. Petersburg was built here. At the suggestion of engineer W.I. Heste during the reconstruction of Police Bridge cast iron hollow boxes, arranged in a row and stapled to each other by bolts, were used. Such a structure of the crossing has survived to the present time, the appearance has changed only.

Wedge-shaped caisson boxes were manufactured at Sestroretsk Arms Factory under the guidance of engineer Karl Shpekle and the Ural factories of N.N. Demidov. Their size was standard: 2.8 x 1.53 x 0.38 m, thickness - 2.5 cm. Joints between them were filled with patching material consisting of sulphur, ammonia and iron filings in a ratio of 1:1:16.

Sidewalks of New Police Bridge were made at the same level with the roadway, separated from it by granite parapet with metal bars. The bridge was decorated with moulded railings and granite obelisks with gilded balls. The project of the crossing was so successful that it became a model project for all the bridges across the Moyka River. In 1842, due to increased traffic on Nevsky Prospect, the bridge was widened by walkways transferred to metal girders, granite obelisks were replaced by cast-iron lampposts. The project was designed by an engineer A.D. Gottanom.

In 1907, during the tram tracks laying along Nevsky Prospekt the bridge was widened on both sides of the expansion of the abutments and the installation of 5 box arches on each side. The span facades are decorated with overlaid gilded details. Cast-iron lampposts at the entrances were replaced by metal stand lamps with hexagonal lights.

In 1918 the bridge was renamed People Bridge.

In 1951, under the project of architect A.L. Rotach, the lamps with lights were repaired; and in 1967 gilded architectural details of the bridge were restored.

In 1998 bridge was returned to its historical name - Green Bridge.