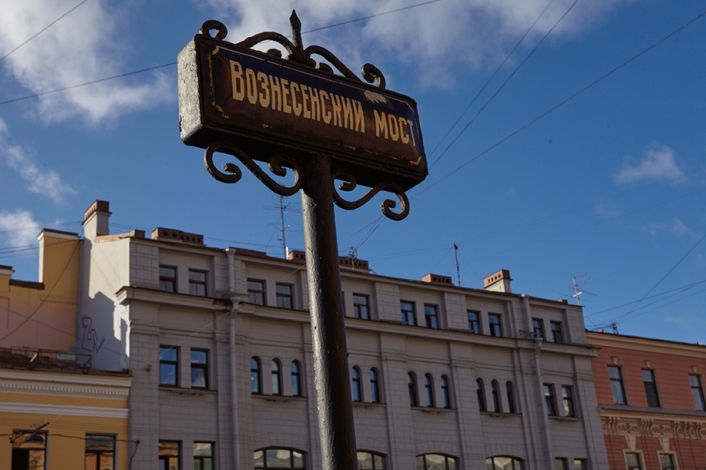 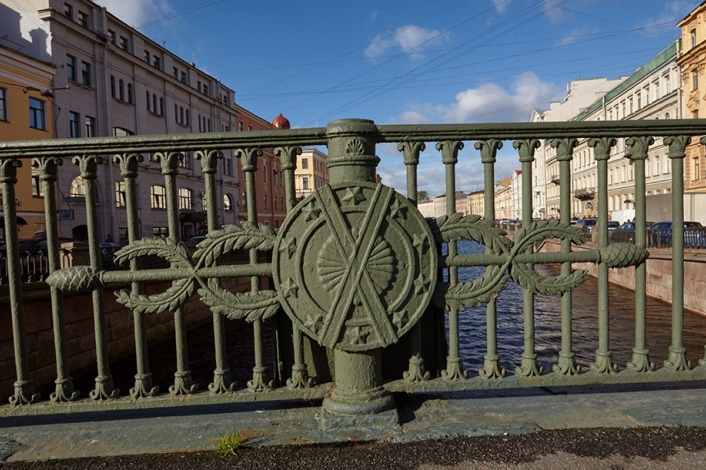 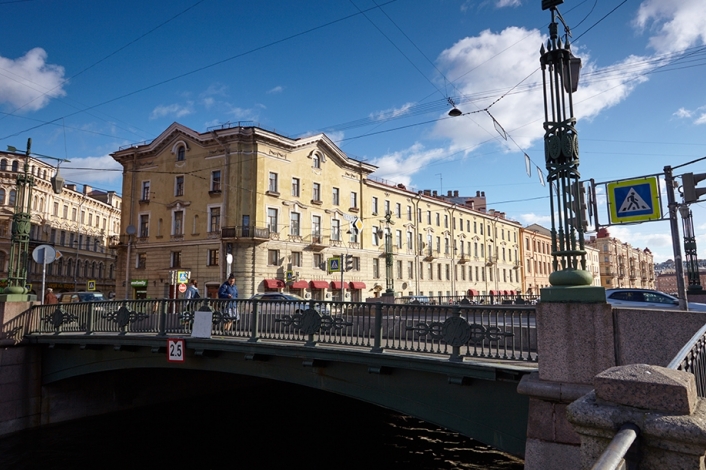 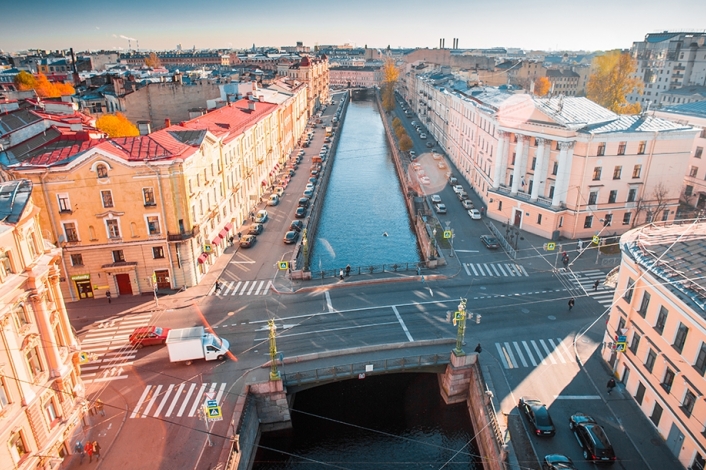 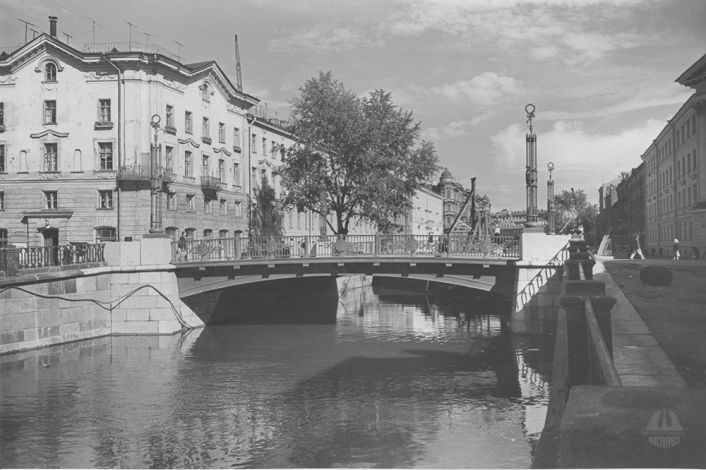 Voznesensky Bridge is a bridge across the Griboyedov Canal in Admiralty District of St. Petersburg, connects Kazansky Island and Spassky Island.

In 1733 a wooden bridge existed there. The bridge got its name in 1739 in honour of Church of the Ascension, erected nearby in the XVIII century by Antonio Rinaldi and destroyed in 1936.

In 1790 when the work on construction of retaining wall of Griboyedov Canal embankment was completed, the bridge was a single span structure with wooden beam span on stone abutments, faced with granite.

In 1919 the bridge was rebuilt, and at the same width the superstructure it became a bridge consisted of 9 spans of mullion-strut system.

In 1930 in connection with the tram tracks laying on Mayorov Prospect, the bridge was strengthened and widened up to 22 meters with saving the old abutments, on both sides of which wooden supports were built. The superstructure remained a wooden one.

During the Great Patriotic War, the bridge superstructure was damaged. A part of the wooden girders were replaced by metal I-beams.

In 1957, under the project of engineer B.B. Levin and architect L.A. Noskov, the bridge was rebuilt in a single-span metal frame one. The superstructure consists of 10 frames, connected together with pairs of crosslinks. Metal "legs" are reinforced and hardwired to the front abutment wall. The bridge abutments are reinforced concrete ones on pile foundation, and faced with granite. The cast iron pedestrian railings are installed on the bridge by the type of Italian Bridge. The railing sections consist of round bars with original capitals in the form of breaking flower buds between the cast iron oval bollards with overlaid elements, resembling shields with stylized crossing swords and longitudinal peaks with sprigs of acacia strung on them. At the entrances to the bridge on granite pedestals stand lamps are installed in the form of tied bundles of spears with hexagonal lanterns on the brackets (by the type of the 1st Sadovy, Mogilevsky and Baltic bridges).

There is an asphaltic concrete pavement on the bridge. The sidewalk is separated from the roadway with granite curb.

In 1978 the granite curb was replaced with a high reinforced concrete one.

In 1999 stand lamps were restored.

It is noteworthy that many of the events in the novel of F.M. Dostoevsky "Crime and Punishment" unfold around Voznesensky Bridge. Raskolnikov likes dwell on it going in for meditation. Here he witnesses the suicide of a woman who threw herself from a bridge in the Catherine Canal. Near Voznesensky Bridge unfolded a scene of Catherine Marmeladova’s madness, who forced her children to dance and sing in front of passers-by for alms.