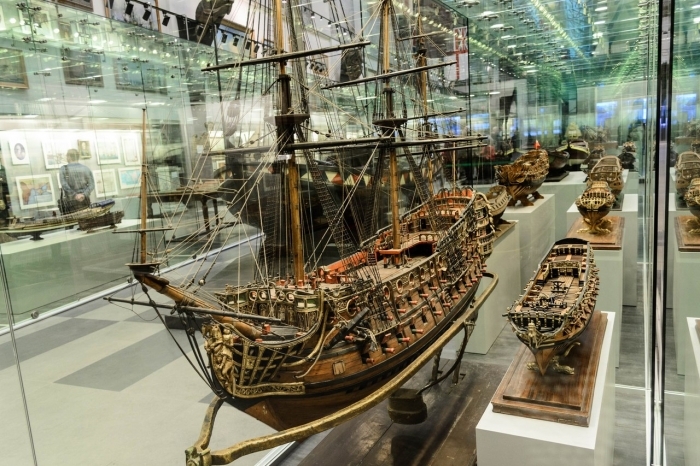 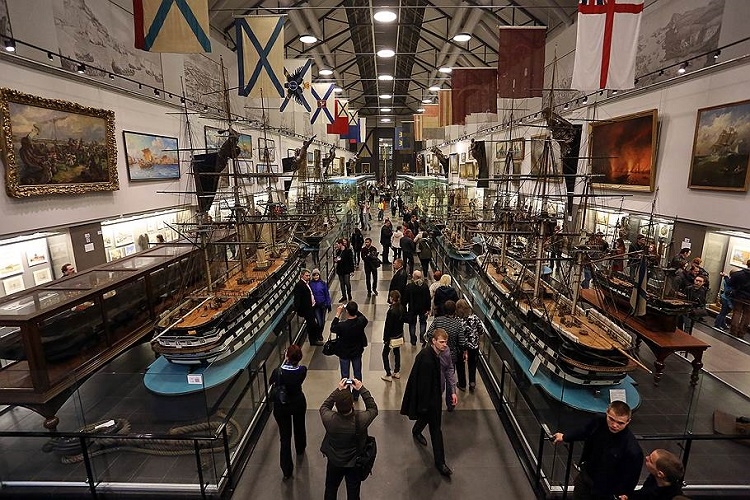 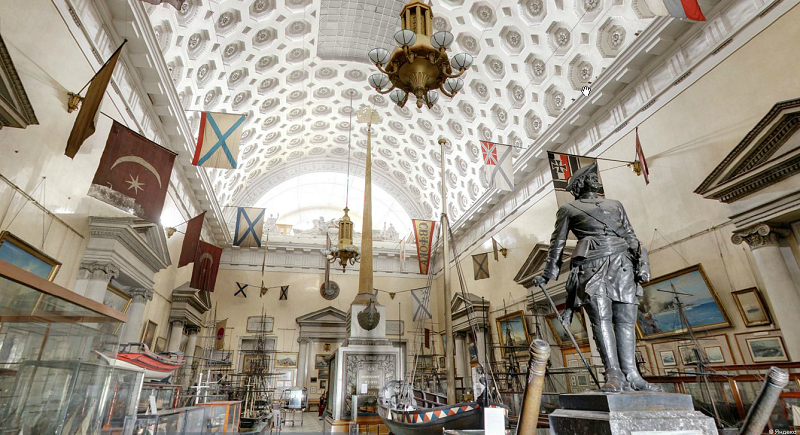 The Central Naval Museum - one of the oldest museums in Russia and one of the largest maritime museums in the world. The museum originates from the St. Petersburg Model Chamber – ship models’ storage and sketches. The date when the Saint-Petersburg Model Chamber was first mentioned in records is considered its birthday.  It was mentioned by Peter I on January 13 (24,) 1709 .The Model Chamber was located in the Main Admiralty, where ships of the Baltic Fleet were built.

Since 2014, the museum is located in a specially equipped building of the former Kryukov Sea Naval Barracks on Ploschad’ truda. Here, in the second half of the XIX - beginning of the XX century, was located the Second Fleet Crew.

During the three centuries of its existence, the museum has collected more than 700,000 objects that reflect the most important events in the history of the fleet. There are over 13,000 items of naval equipment, 11,000 weapons and firearms, 62,000 works of art, 56,000 uniforms, awards and decorations, flags and banners, and 44,000 documents and manuscripts, together with around 300,000 photographs and negatives, and hundreds thousands sheets of drawings.

The museum has one of the world's richest collections of model ships (about 2,000 models), covering the history of Russian and foreign military shipbuilding.

The pride of the museum is the famous boat of Peter the Great, "Grandfather of the Russian Fleet", a genuine submarine designed by S.K. Dzhevetsky, built in 1881 and other rare things.

There are exhibitions devoted to the history of the Russian fleet.