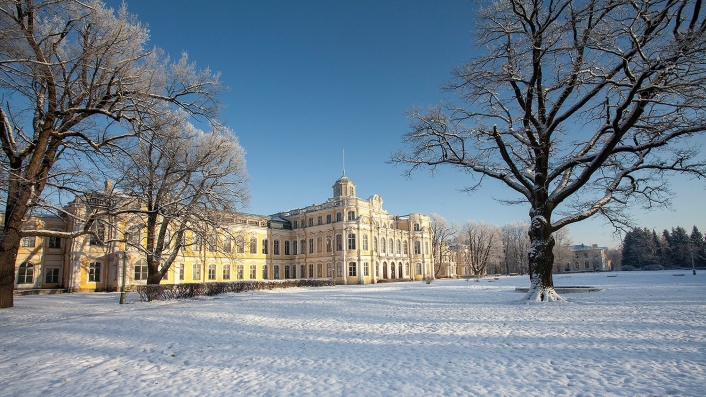 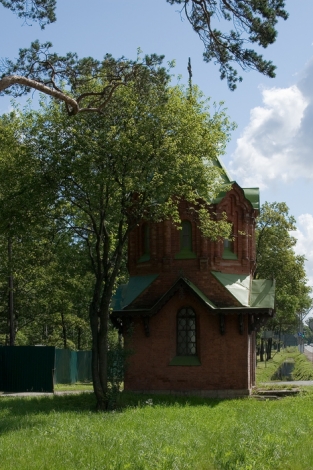 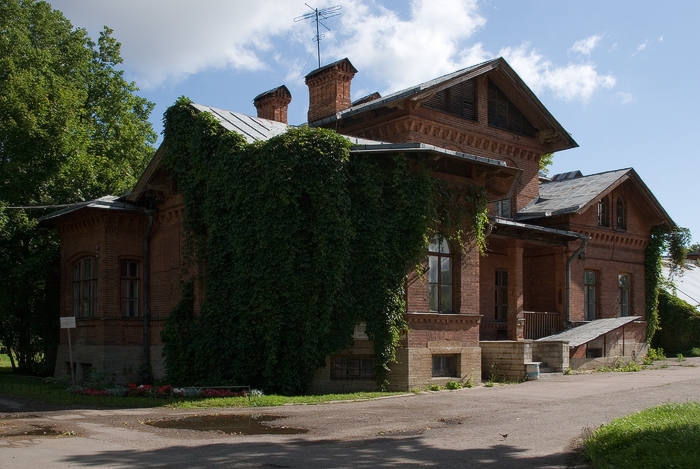 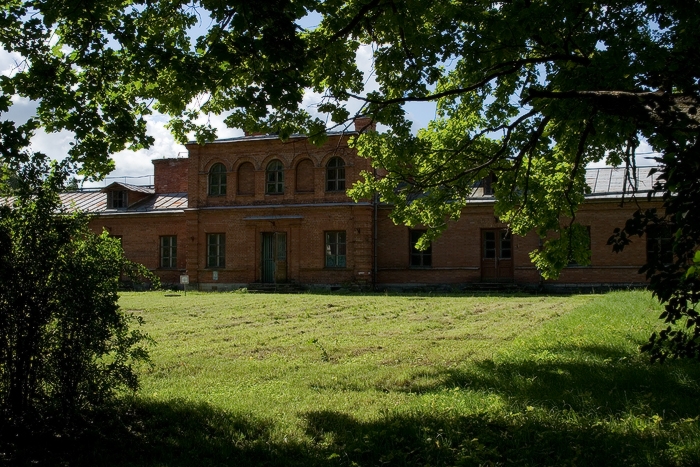 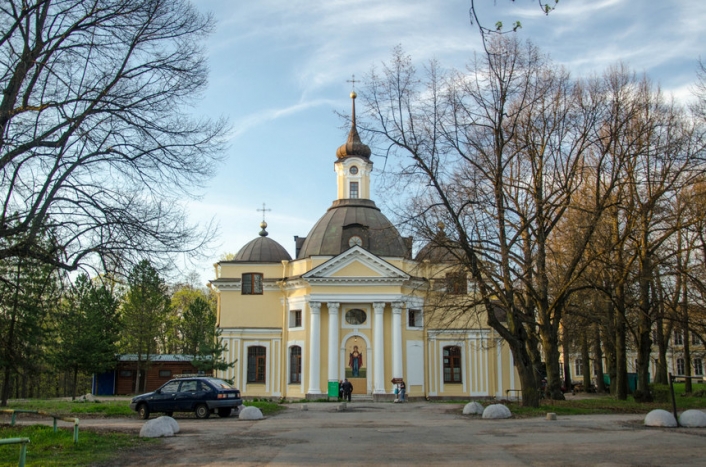 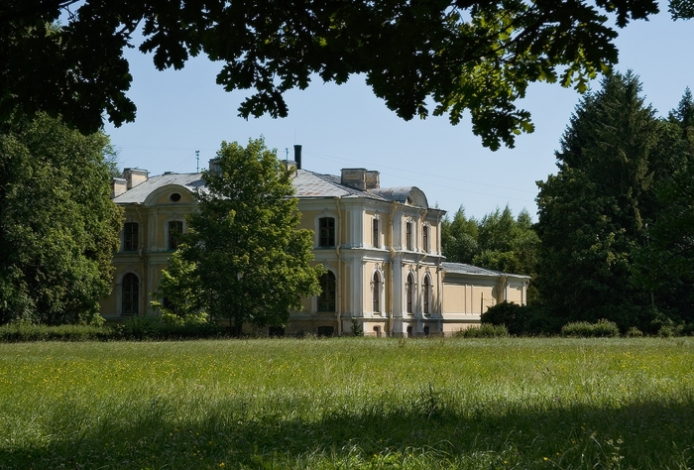 Manor Znamenka - a palace and park ensemble, located east of Peterhof. The palace, the Peter and Paul Church, the Stables yard, the kitchen building and the greenhouses have been preserved to this day.

At the beginning of the 18th century, the cottages of I.R. Streshnev and the Rzhevsky brothers, as well as Prince G. Volkonsky, were located at this place. In 1755, the manor, which was already called Znamenka, was acquired by Field Marshal A.G. Razumovsky, a favorite of Empress Elizabeth Petrovna. It was then that was built, presumably by the project F.-B. Rastrelli, Znamensky Palace. Around the palace was a park in French taste. Soon a three-domed church of the apostles Peter and Paul was erected near the palace.

In 1789, Znamenka was acquired by the senator, director of the Assignation Bank Peter Vasilyevich Myatlev. When it was built, the palace was built on the third floor, the Upper Garden was laid out in front of the southern facade, and the extensive seaside Lower Garden was laid out in front of the north. Here were given brilliant balls, on which the whole world of the capital gathered. The son of the senator - the poet Ivan Petrovich Myatlev - was friends with Pushkin, Vyazemsky, and Zhukovsky.

In the first half of the XI century, the landscaping of the estate continued. The palace was built on the third floor; Upper Garden was planned in front of its southern facade, and extensive seaside Lower Garden was planned in front of its northern one. In 1835, Tsar Nicholas I bought Znamenka for a million rubles and presented it to his wife, Empress Alexandra Feodorovna. Architect A.I. Shtakenshneyder was instructed to rebuild the palace. Initially, he proposed to give the building a Gothic look, so that it had a stylistic unity with the buildings of Alexandria, but later abandoned the Gothic towers and preserved the style of the Elizabethan Baroque of the mid-18th century. According to his design, the magnificent interiors of the ceremonial halls of the palace, the staircase and the winter garden were decorated.

In 1856-1860, architect Herald Bosse rebuilt the estate. The facades and interiors have received a new solution, in which elements characteristic of baroque architecture are used. Spectacular in terms of the volume of the central and lateral parts, exquisite in decor, attracting attention with a variety of details, the Znamensky Palace building with its entire appearance meets the purpose of the grand country residence.

According to the design of the Bosse, a kitchen building, a stable yard, a greenhouse, a house for a gardener and a caretaker with services, a hunting house for hunters with a kennel were built.

In 1867, designed by architect N.L. Benoit on the Peterhof road a chapel of St. Joseph the Song-reader was erected in memory of the unsuccessful attempt on the life of Emperor Alexander II on April 4, 1866 near the Summer Garden in St. Petersburg.

After the 1917 revolution, a children's labor commune was housed in the palace, and the land and economic buildings were transferred to the Znamenka state farm. In 1935, the estate came under the jurisdiction of the Leningrad Agricultural Institute. During the war, the manor was on the occupied territory and was destroyed. The buildings were restored only in 1970-1990. Until 2010, the pension was located in Znamenka.

Currently, the estate is handed over to the Presidential Property Manager, the boarding house is closed, the palace building is empty and guarded by the state.