The Trinity Cathedral of the Saint Alexander Nevsky Lavra

Embankment of the Monastyrki River, 1 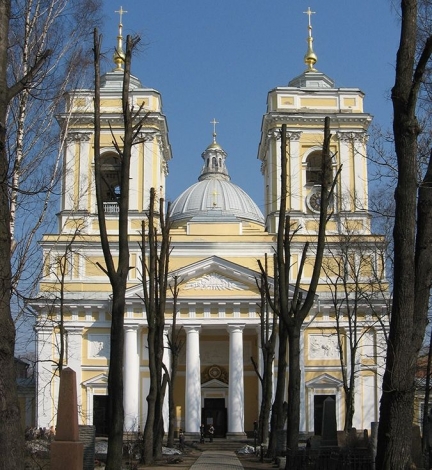 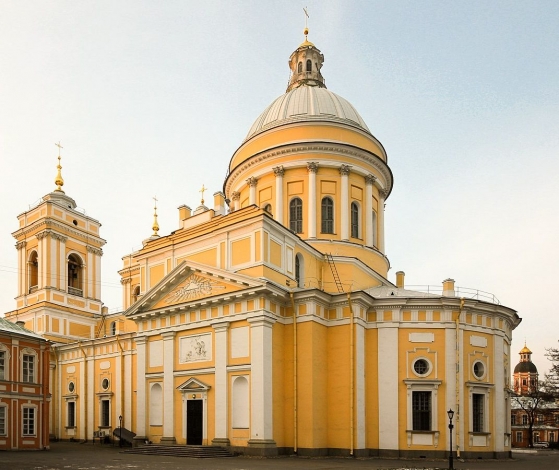 The Trinity Cathedral is the main temple of the Alexander Nevsky Lavra. Currently belongs to the St. Petersburg diocese of the Russian Orthodox Church.

The cathedral was built in the last third of the 18th century. The design of the project was entrusted in 1774 to the architect I. E. Starov. In February 1776 Catherine II approved the project. On August 30, 1778, the day of the transfer of the relics of St. Alexander Nevsky, Metropolitan Gabriel in the presence of the Empress held the ceremony of laying the temple. The construction of the cathedral and its exterior decoration were completed by 1788. The walls, vaults and domes were painted by August 1790.

The cathedral is rich in interior decoration. Catherine II presented the church with precious liturgical objects and paintings on church subjects by masters of the Western European art and Russian artists-academics.

In 1956 there a decision to return the Trinity Cathedral to the faithful was made. The building of the temple was badly damaged by the tenants and from shelling during the war. So in 1957-1960 the cathedral was renovated with the means of the Patriarchate, the Leningrad and other dioceses and the donations of the faithful.

On June 3, 1989 the relics of St. Alexander Nevsky were returned from the Museum of the History of Religion and Atheism to the Trinity Cathedral. Currently many revered shrines are in the cathedral.

In front of the Trinity Cathedral there is the "Communist platform". In 2009 it was renamed to the Cossack Cemetery. Participants in the defense of Petrograd, the victims of the Kronstadt rebellion, the old Bolsheviks, the hereditary workers of St. Petersburg, famous scientists and engineers - this is the composition of this some kind of Soviet necropolis. The burials, which were stopped in the late 1930s, were renewed during the Great Patriotic War when members of the battle for Leningrad were buried on the Communist platform. Altogether there are about 340 graves.