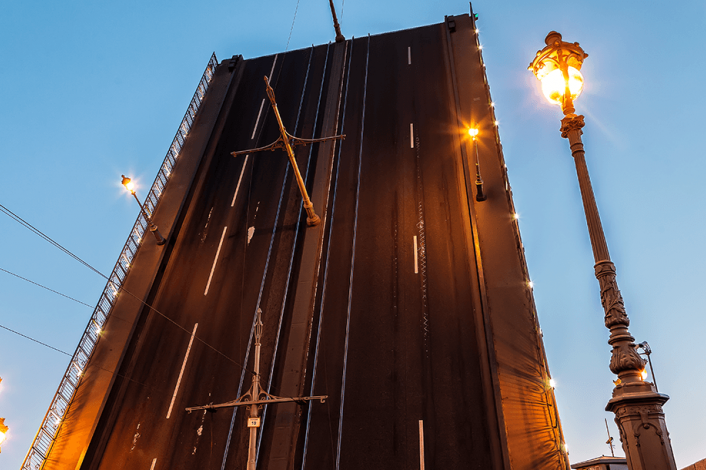 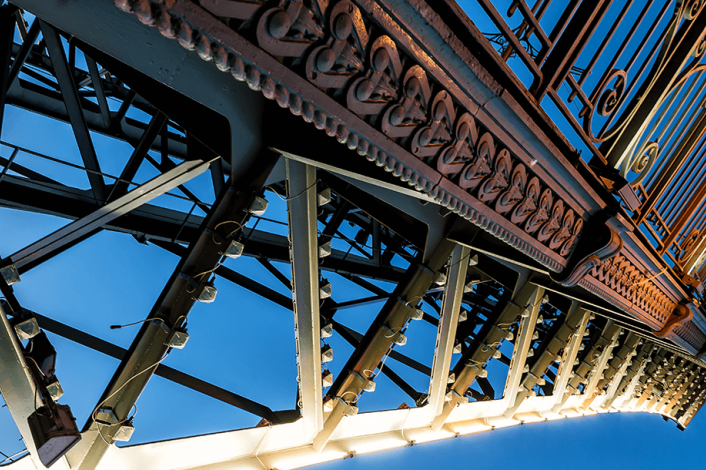 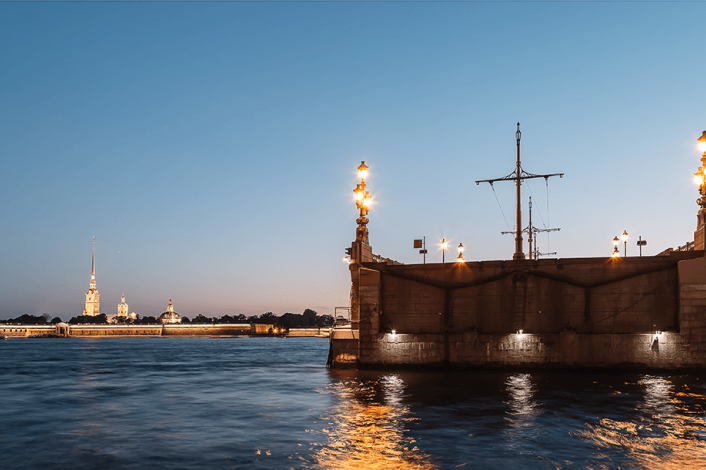 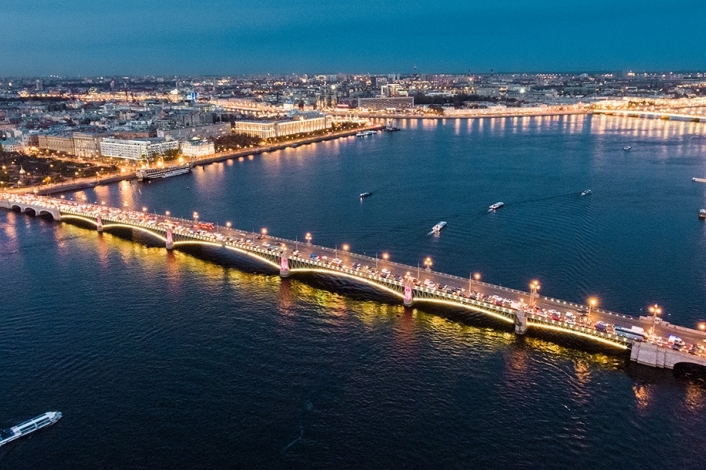 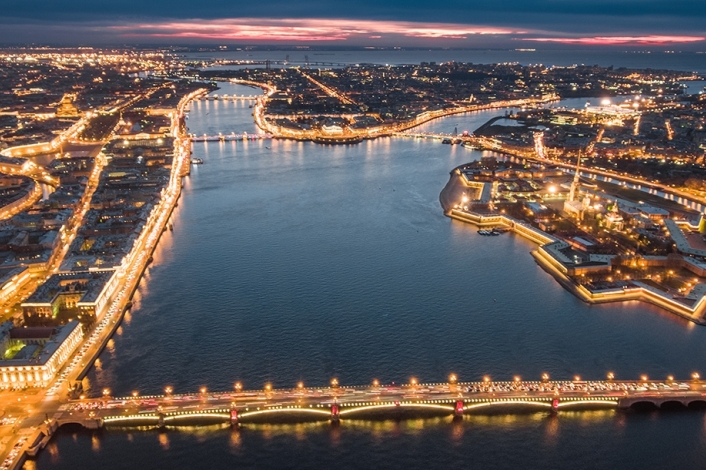 Troitsky Bridge (formerly Ravenstva (Equality) Bridge, Kirovsky Bridge) is located in the alignment of the Kamennoostrovsky Prospekt and the Suvorovsky Square. Near the highway of the modern bridge of the modern floating bridges were built first. In 1803 by repositioning of floating Voskresensky Bridge from Chernyshevskogo Prospekt to the Summer Garden, the bridge connected Petersburgsky Island and Kronverksky Prospekt near the Neva River.

In 1827 during redevelopment of the Field of Mars against Suvorov monument a pontoon bridge was re-built, which was called Suvorovsky, and then it was renamed Troitsky, because at the right exit of the bridge there was Troitskaya (Trinity) Square.

This floating bridge was then the longest one: more than 500 meters length and distinguished by its decoration. There were art casting iron portals, railing and lampposts. Lighting columns in the form of bundles of peaks, the average of which were crowned with figures of two-headed eagle with a wreath. All the architectural details were covered with gold leaf.

Modern Troitsky Bridge was built in 1897-1903 under the project of the French company Batignolles. The project of stone arcade was prepared by engineer G.G. Krivoshein, artistic decoration of the bridge is designed by French architects V. Chabrol and R. Patulliard.

It was a 10-span bridge, 5 fixed spans of which were covered as follows: the central and the largest span (96.4 m) was covered by 3 hinged arched riveted trusses with curved outline of the bottom chord with consoles. The end spans were located symmetrically relative to the central one.

A draw span was located at the left bank and it is a twin-leaf symmetrical rotary system with additional support in the river bed for a draw span superstructure during raising. Rising was done by using an electromechanical drive.

The bridge was opened in May 1903, during the celebration of the 200th anniversary of St. Petersburg.

For some time after the revolution, the bridge called Ravenstva (Equality) Bridge, and from 1934 to 90s - Kirovsky Bridge. Then the original name was returned to the bridge it’s got a name Trinity Bridge.

In the years 1965-1967 only the left bank of Trinity Bridge was reconstructed, and 5 fixed spans and 3-span right bank arcade remained unchanged.

Instead of a two-leaf rotary draw span a fixed span from the left bank covered with concrete simple superstructure and a new hydraulically operated single-leaf draw span were built.

In the summer of 1991 waterproofing of the roadway was repaired without closing traffic over the bridge. The metal parts of the bridge from the surface water were isolated with polyurethane - a material more flexible and durable - instead of the traditional asphalt felt.

In October 2001 - the bridge was closed for repairs. During the repair it was planned to restore the original form of the bridge. Symbols of autocracy returned to the bridge - double-headed eagles, crowns and even rivets on span structure were replaced by special cylindrical bolts.