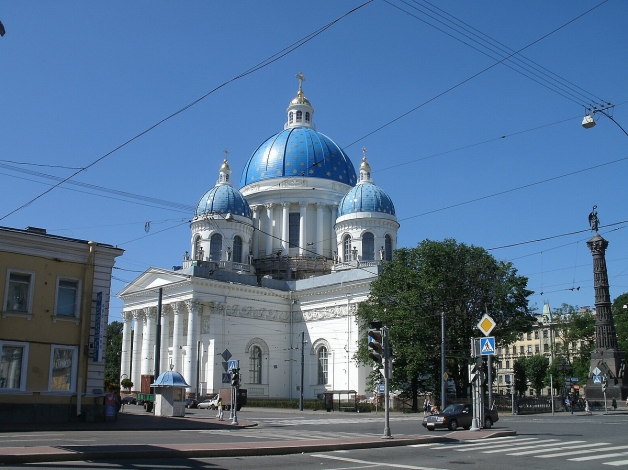 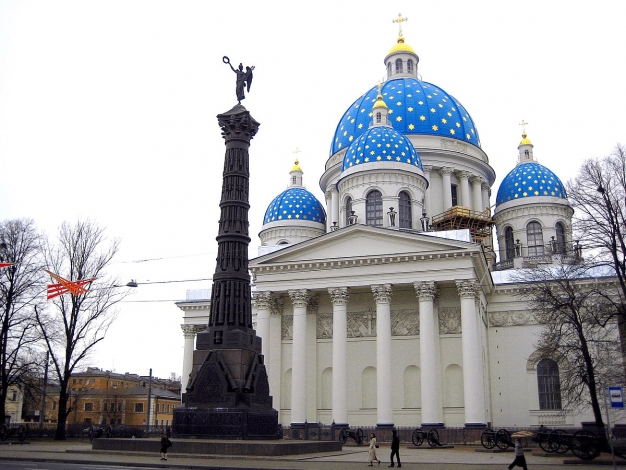 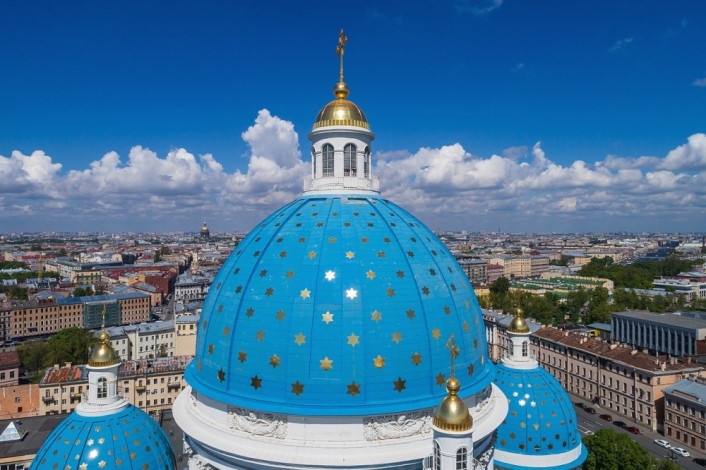 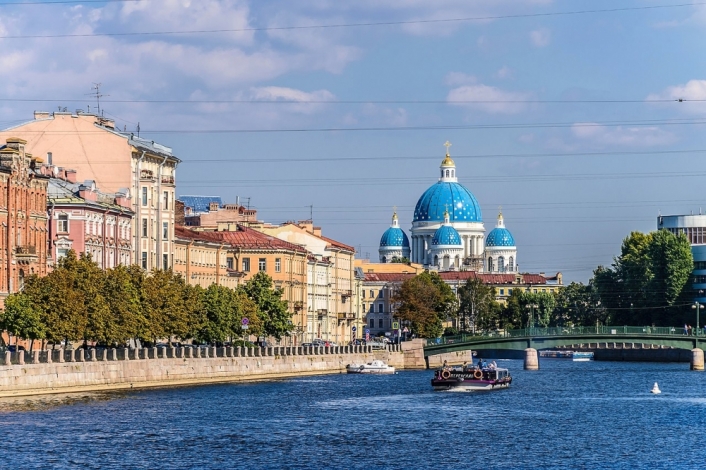 Every citizen of St. Petersburg knows the majestic snow-white cathedral with blue domes, which is located on Izmailovsky Prospekt just behind the Fontanka river. The church is a compositional center of the Trinity Square and one of the four major historical monuments of St. Petersburg along with the St. Isaac's Cathedral, the Admiralty and the Peter and Paul Fortress.

The Troitse-Izmaylovsky cathedral and the triumphal column located on its territory, Monument of Fame in memory of the Russian-Turkish War of 1877-1878, top the list of the most beautiful historical military church ensembles in Russia.

In the XVIII century a wooden church of the Life Guards of the Izmailovsky regiment was located on the site of the current cathedral. The church was seriously damaged by the flood in 1824. In 1828, the construction works on a new stone church by design of V.P. Stasov began.