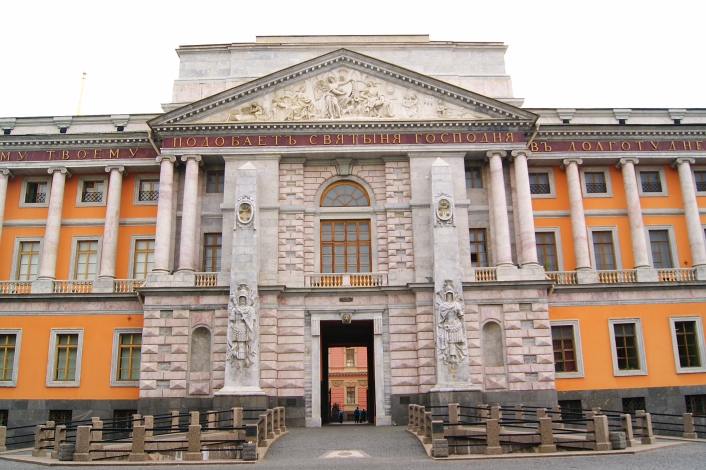 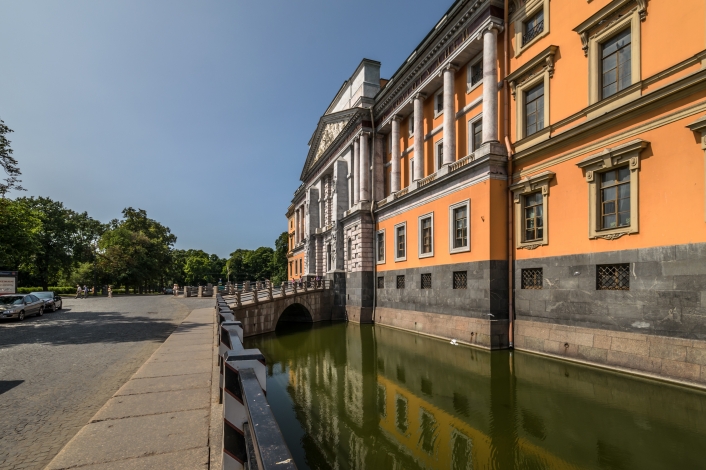 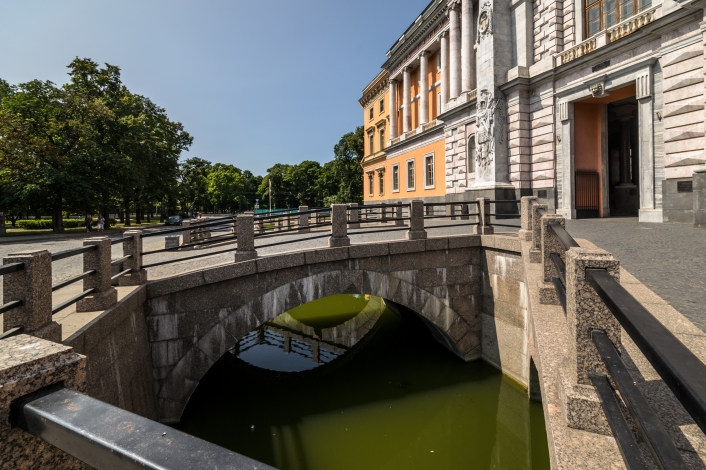 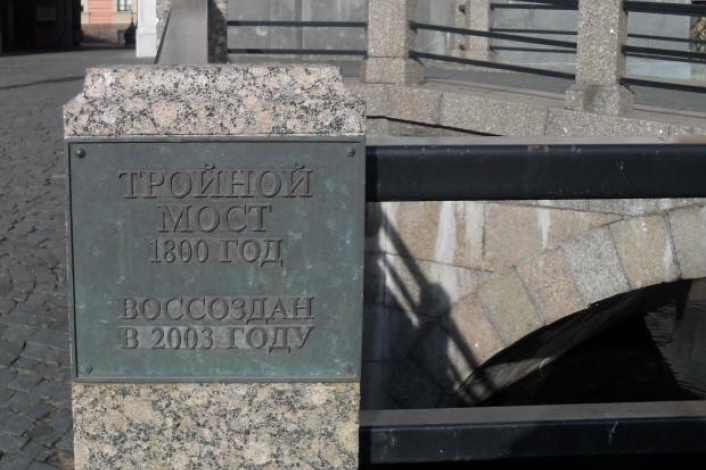 This originally constructed bridge connects Mikhailovsky (Engeneering) castle to Zamkovaya street and the square in front of the castle, where the monument to Peter I is situated. The bridge was constructed at the same time as the castle in the years 1797-1800 according to the project of engineer P. P. Saken and architect V.F. Brenn.

When erecting his new residence, Emperor Paul I saw it as a knight’s castle surrounded by moats. During the construction the whole canals system was created. From the south Voskresensky canal connected to Fontanka was dug. Across it the bridge was built.

Granite arched bridge on the plan reminds of a trident with one abutment near the southern gate and three abutments from the castle square side. At the end of 19th century the bridge was engulfed together with the canal. However, the constructions were preserved in the ground.

Mikhailovsky Castle was restored by the 300th anniversary of St. Petersburg. At the same time, in 2003, a part of Voskresensky canal was reestablished. Three-part bridge was excavated and renewed. The arches were replaced with concrete structures faced with granite; new fences in the form of granite curbstones with horizontal metallic bars were installed.

Trapezoidal granite plate with Paul’s I monogram and inscription “State Russian Museum” is built into the bridge.