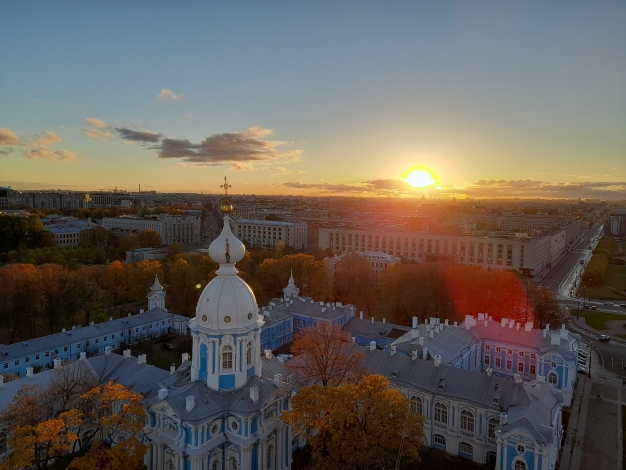 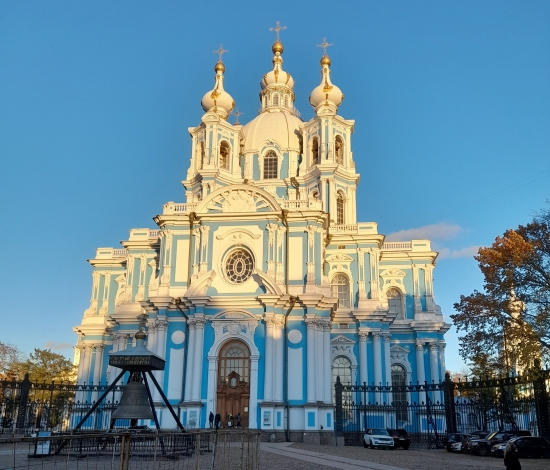 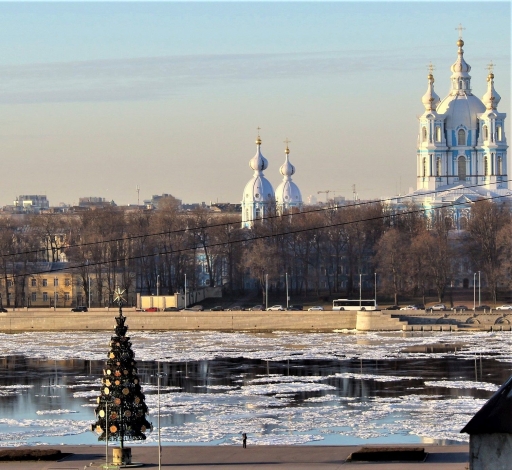 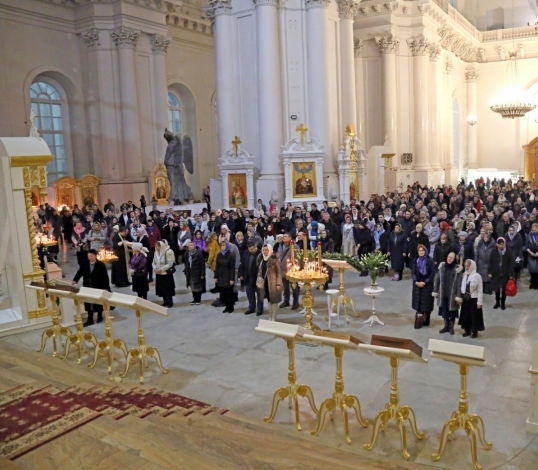 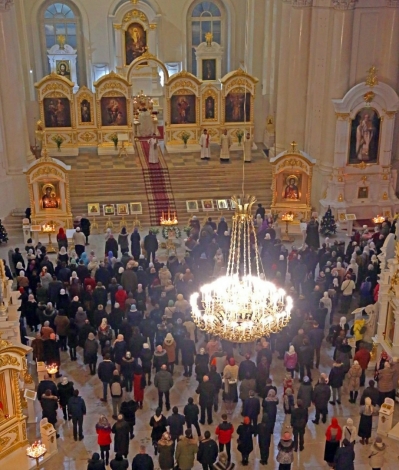 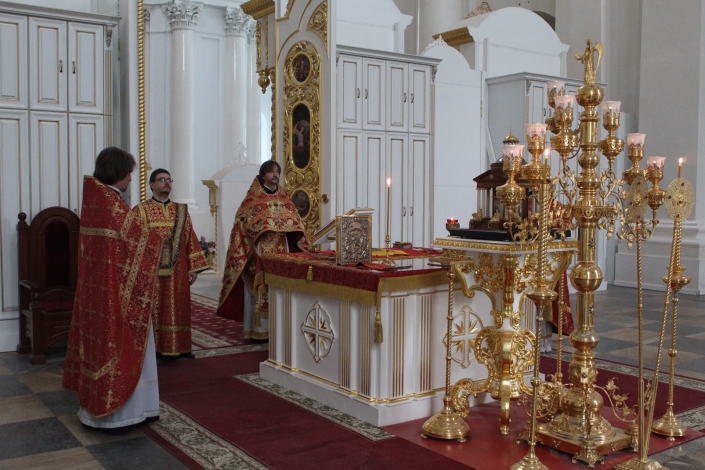 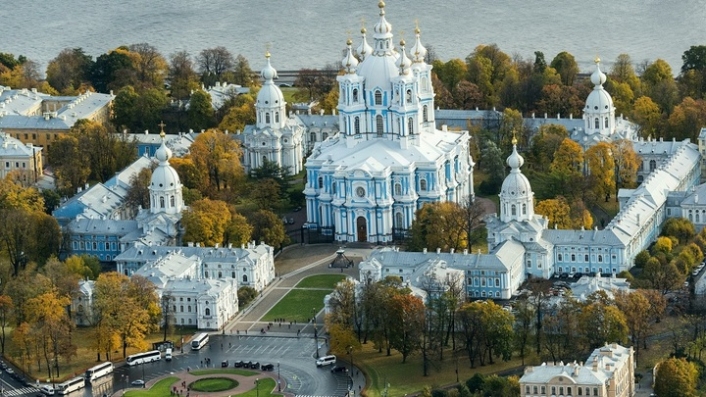 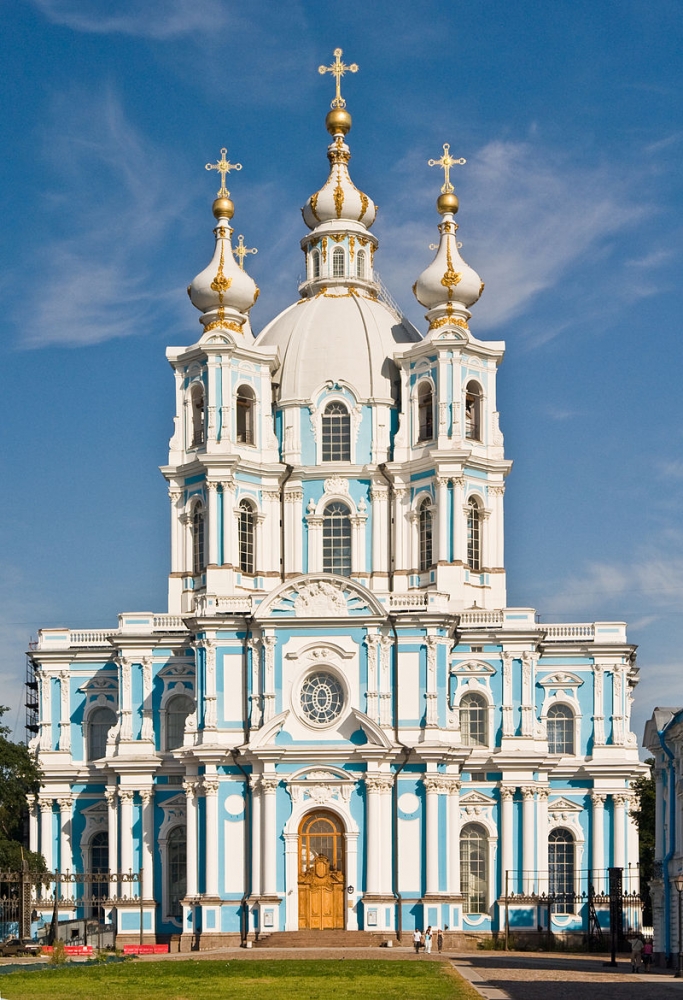 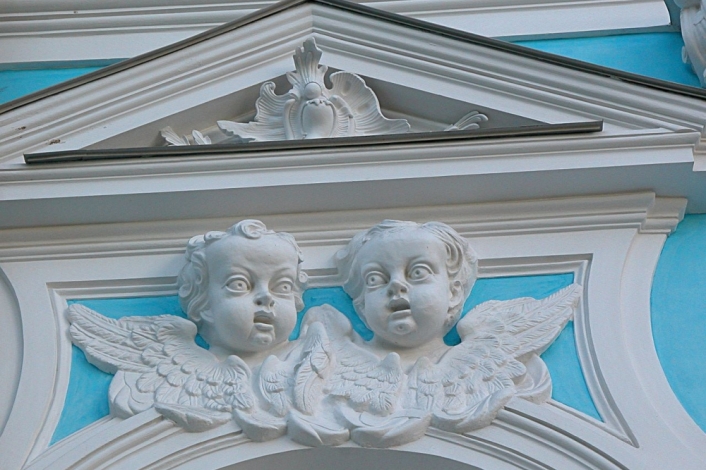 The Cathedral of the Resurrection of Christ (Smolny Cathedral) is part of the architectural ensemble of the Smolny Convent. Till 2015 it was a concert venue for classical music, now it is an active temple.

The cathedral was consecrated in 1835б 87 years after the laying that took place in 1748 by the will of the Empress Elizabeth Petrovna.

The author of the project, the outstanding architect F.B. Rastrelli was creating his work in the Elizabethan baroque style, but did not manage to complete it. The interior of the temple in the early nineteenth century was created by another famous architect – V.P. Stasov. The building is built in the style of the magnificent Elizabethan baroque with such architectural elements as the luccarnes and the lenticular pediments. The walls are painted in a soft blue color and the domes are painted in gray. According to the style of architecture, the Smolny Cathedral is more like a palace than a temple.

The church received the status of the cathedral of all educational institutions in memory of the mother of the Emperor - the Empress Maria Feodorovna. The cathedral was provided from the funds of the State Treasury and was assigned to the Office of the Empress Maria. It was given a parish from the inhabitants of the nearby district.

For almost 90 years divine services were regularly performed in the church. Particularly solemn service was celebrated on the day of St. Mary Magdalene. On that day the imperial family came to the temple. Also there gathered the headmasters and students of the city's educational institutions like the first higher women's educational institution of Russia, the Society of Education of Noble Maidens.

Every day from 07.00 to 20.00 the entrance to the belfry of the Smolny Cathedral is open. From here, from a height of about 50 meters, you can see the entire city center from a bird's eye view. And on Saturdays and Sundays at 13.00, 14.30 and 16.00 excursions are held in the cathedral. Entrance for donation (excursion around the cathedral - approximately 200 rubles, to the belfry - 150 rubles)