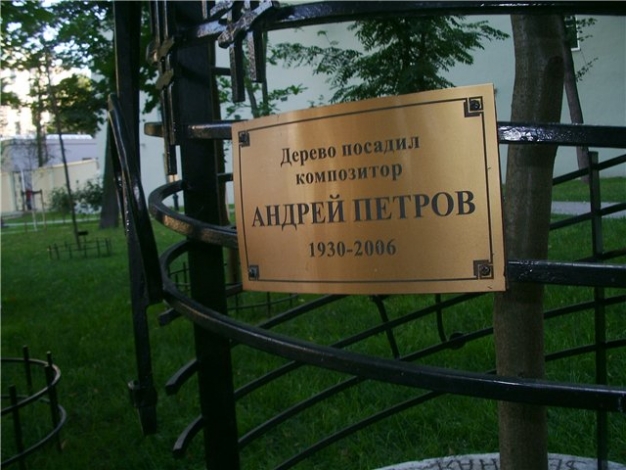 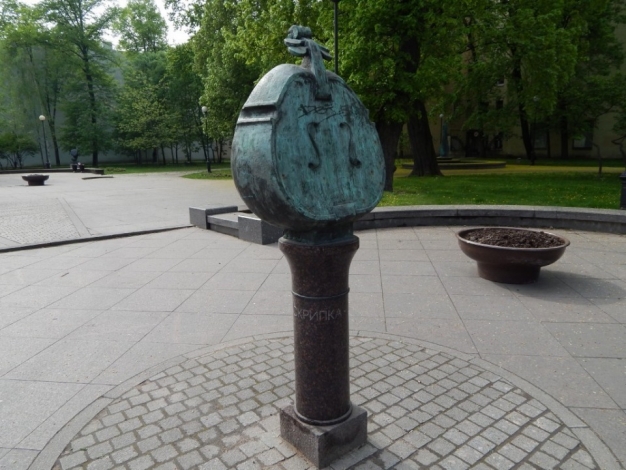 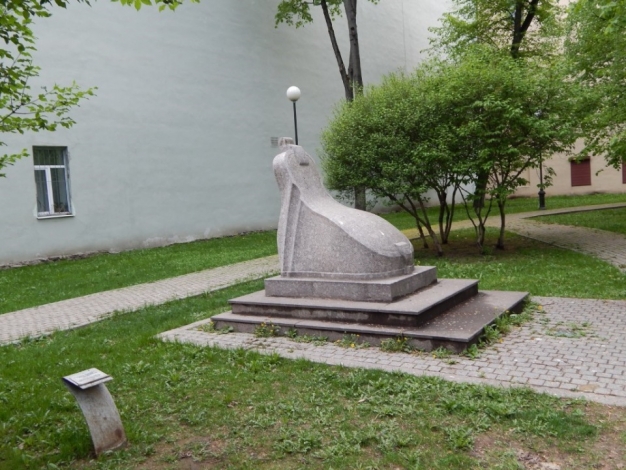 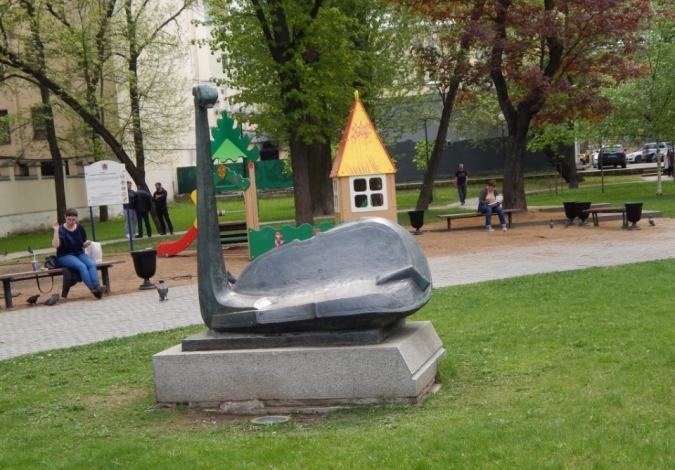 The garden between houses 26 and 28 on Kamennoostrovsky Avenue appeared in 2005 on the initiative of a group of Petersburg musicians, artists and writers of "Green Wave". On a vacant lot designated for construction, they began to plant trees. The city authorities did not dare to build up this site - so a new garden appeared on the Petrograd side.

The famous composer Andrei Petrov (1930–2006) planted a mountain ash here. After the composer's death, the square was named after him, and in May 2006 a decorative fence was set around the rowan in the form of a score by Andrei Petrov’s Blue Cities.

The entrance to the square is guarded by two identical sculptures “The Violin-Sphinx”, and in the center of the garden there is a concert platform in the shape of a violin. Here concerts and theatrical performances are held.

Alexander Dobrovolsky's Studio of Creative Thing took part in the development of the project.

Another remarkable art object is the group of bas-reliefs “The Wall of Centuries” on the wall of the house at 26-28 on Kamennoostrovsky Avenue, created by the artist Cyril Miller. In memory of a series of centennial anniversaries of great cultural figures, there are portraits of Salvador Dali, Dmitry Shostakovich, Dmitry Likhachev and two portraits of Daniil Kharms.