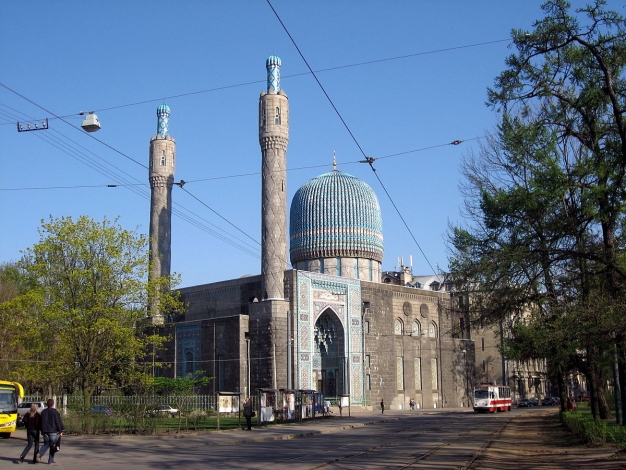 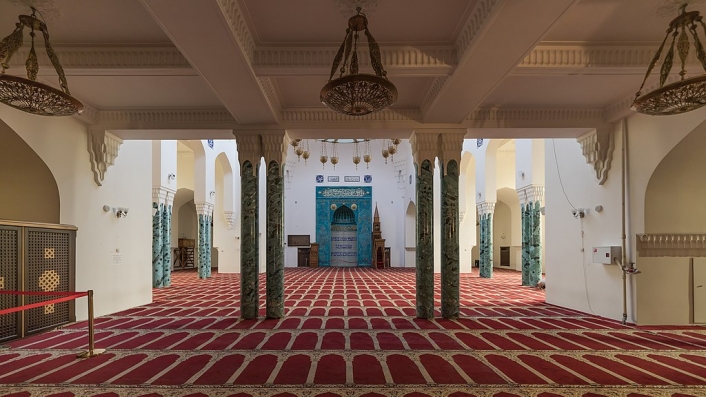 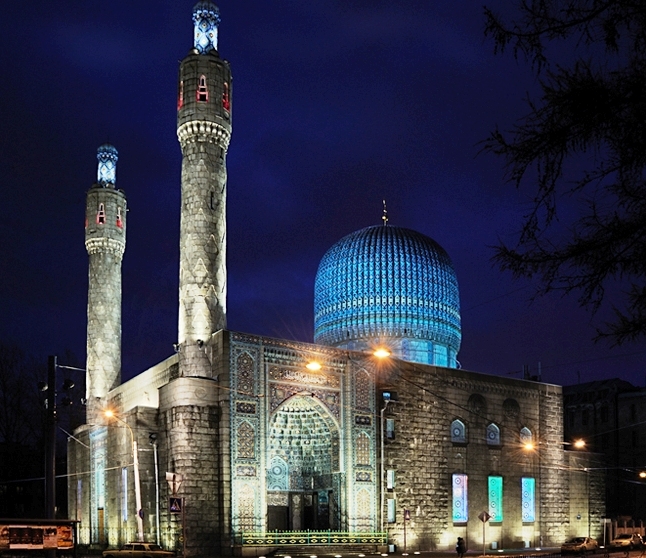 By the end of the XIX century, the Islamic community in St. Petersburg had about 8,000 people. St. Petersburg Muslims appealed to the government of Russia but didn’t get a positive response. The question of the construction of the Cathedral Mosque was raised again in 1904 when the Russian Emperor Nicholas II met with the Emir of Bukhara. Petersburg Tatars were allowed to purchase a plot of land for the construction of a mosque. At the same time, the emir donated a large sum of money to buy a land on the Petersburg side.

At the architectural competition was noted the project of architect N. V. Vasiliev, who offered to take as an example the mausoleum of Gur-Emir in Samarkand. The co-authors of the project were civil engineer S. S. Krichinsky and architect A. I. von Gauguin.

By the end of 1914 the main work on the interior of the building was completed but the technical equipment and decoration continued even after the revolution. The beginning of the First World War significantly slowed the progress of the work. In September 1915 the Cathedral Mosque was opened for a paid visits in order to collect money for the completion of the temple. In 1920 a large Tabriz consecrated handmade carpet intended for the central hall was delivered from Bukhara to Petrograd - the last gift of the Emir of Bukhara.

In accordance with Muslim traditions, the bulk of the structure is oriented by the altar to Mecca (South). The temple is crowned with a ribbed dome raised on a cylindrical drum. A characteristic shape of the mosque is formed by two minarets, 48 meters high. The main entrance, which is located on the side of Kronverksky Prospekt, is decorated as a deep niche with an arch made of pointed outlines, and the niche of the central portal of the mosque reproduces the forms of the portals of the mausoleums of Shakhi-Zinda.

The walls are faced with gray granite, which is typical for the architecture of the Northern Art Nouveau (The National Romantic style). The main dome, the central portal, as well as the completion of the minarets are lined with colored tiles with complex geometric patterns creating a multi-colored carpet from Central Asia. A unique majolica was created by P.K. Vaulin, the grandfather of the famous St. Petersburg composer Andrei Petrov.