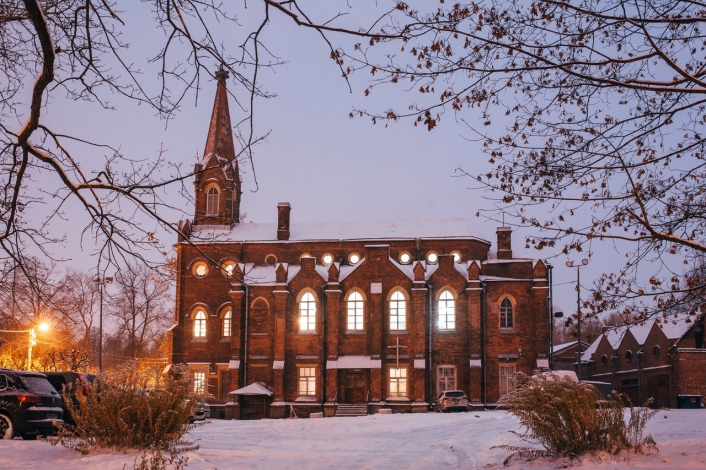 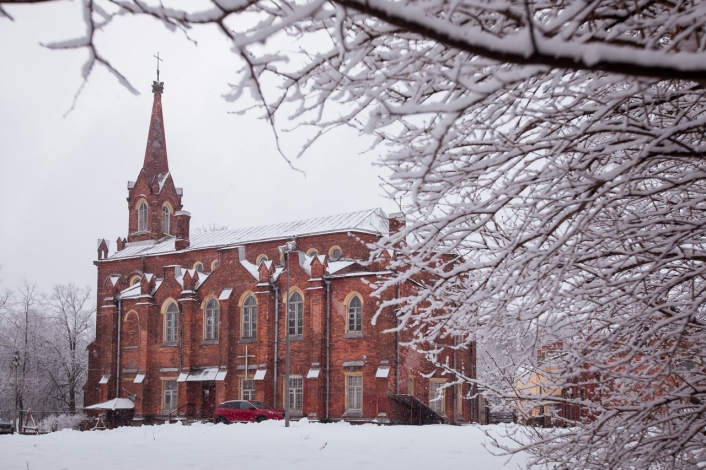 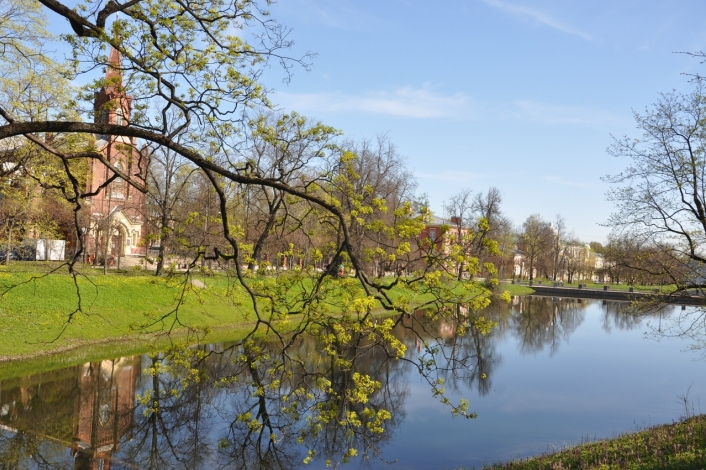 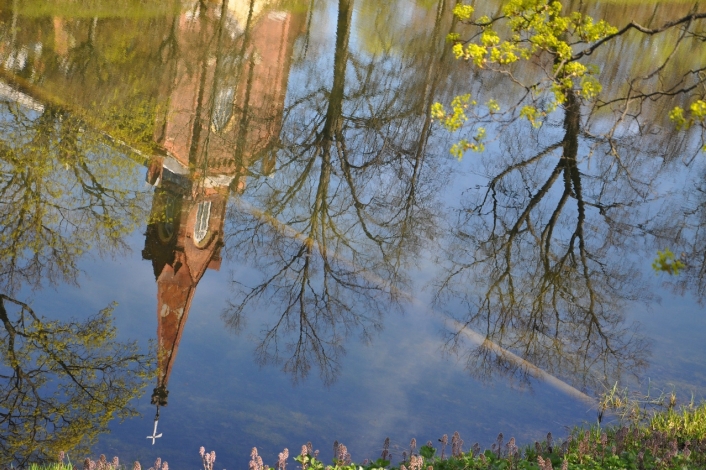 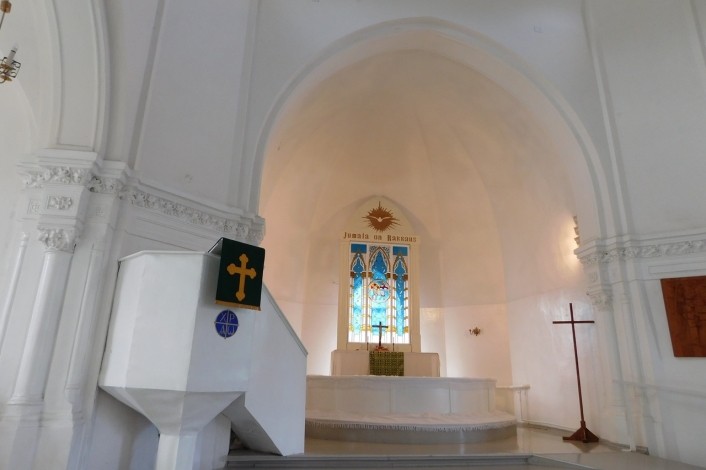 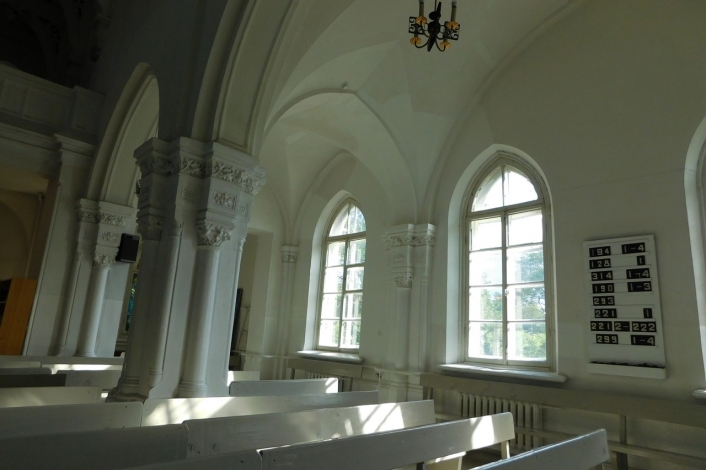 Pushkin Lutheran Church is an object of historical and cultural heritage, an architectural monument of the second half of the 19th century. It is located in the historical center of Tsarskoe Selo, not far from the gate "To my kind colleagues" of the Catherine Park.

The construction of the Lutheran church at this place is connected with the opening of the Tsarskoye Selo Lyceum in 1811, one of the privileged educational institutions of Russia in the first quarter of the 19th century. It is in the Lyceum where the first Lutheran community of Tsarskoe Selo appears, initially consisting of pupils, servants and teachers of the Lutheran faith.

By the petition of the director of the Lyceum Engelhardt and the teacher of the law of the God's of Lutheran confession Hellfire in 1817, Emperor Alexander the First issued a decree on the allocation of land for the construction of the Lutheran church. The author of the project of the first, wooden church is architect Stasov. A year later the church was built and consecrated. The music for this event was composed by the Lyceum singing teacher, Ludwig Tepper de Ferguson, the author of the music for the famous "Farewell Song", which became the Lyceum's anthem. In 1843, after the Lyceum moved to St. Petersburg, the church was taken over by the Ministry of the Internal Affairs, and its parishioners were mostly residents of the German colony "Fridental".

Eventually the wooden building of the church became dilapidated, and in 1860 the council of the community ordered from the architect Alexander Fomich Vidov, the chief palace architect of the Tsarskoye Selo palace department, a project of a new building. Vidov used an exemplary project of the Lutheran temple, designed by his teacher architect Ton. Construction began in 1864 after the Emperor Alexander II personally allocated seven thousand rubles for its construction. A year later the church was built, and on April 17, 1865, on the birthday of the emperor, the church was consecrated.

By the beginning of the twentieth century, parishioners of Pushkin's Lutheran Church were residents of Tsarskoe Selo, Pavlovsk, German colonies of Fridental and Etump, as well as workers of three paper factories on the Izhora River of the Lutheran faith.

At the beginning of the First World War, on August 6, 1914, a moleben served in the church for the victory of Russian arms. Later in the parish, donations were made in favor of the evangelical field hospital, in favor of the military families, for other military needs.

After the revolution of 1917, worship services in the church were held until 1930. In 1931 the church was closed, and until 1977 the building was used for the needs of the new government. In different periods it had a working hostel, repair shops, a driving school. During the occupation of Tsarskoe Selo, the church building was not damaged.

From the end of 1977 to the present, regular Sunday services are held in the church. In the premises of the church there is an art gallery ILMA Association of Tsarskoselsky artists, on Saturdays there are concerts of classical music.