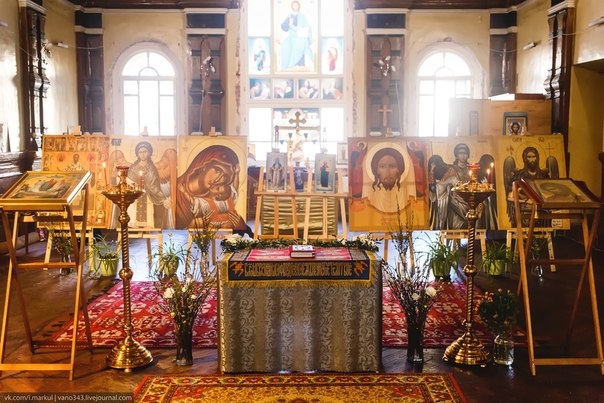 he building of the Church of the Icon of the Mother of God "Joy of All Who Sorrow" at the orphanage of crippled and paralytic children of the Society for the Care of the Poor and Sick Children was erected in 1902 by the design of the architect Peter Meier. On the first floor there was a warehouse for products made by children - the wards of the shelter, on the second - a house church.

The facade was decorated in the style of Russian architecture of the eighteenth century, the building was crowned with three onion domes.

Today, the building houses a children's orthopedic and traumatological center of the Scientific and Research Children's Orthopedic Institute in the name of G.I. Turner, in it the house church was restored, where a part of the interiors was preserved. The church hall of the second floor is decorated with pilasters in the Russian style, the coffered ceiling with ornamental painting, the oak door to the church hall with false carvings and parquet floors are preserved.