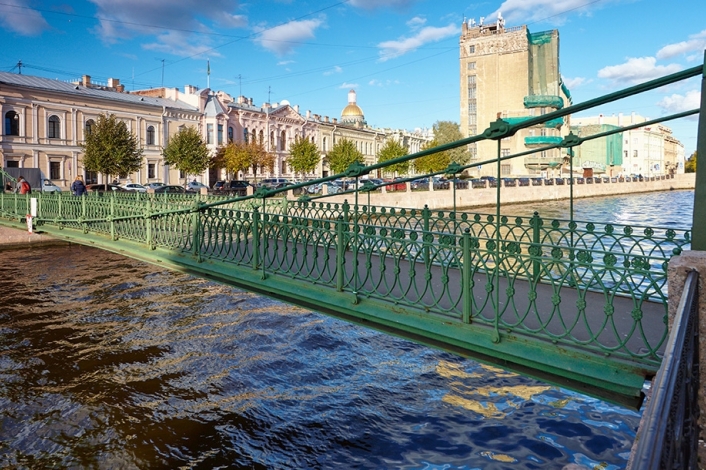 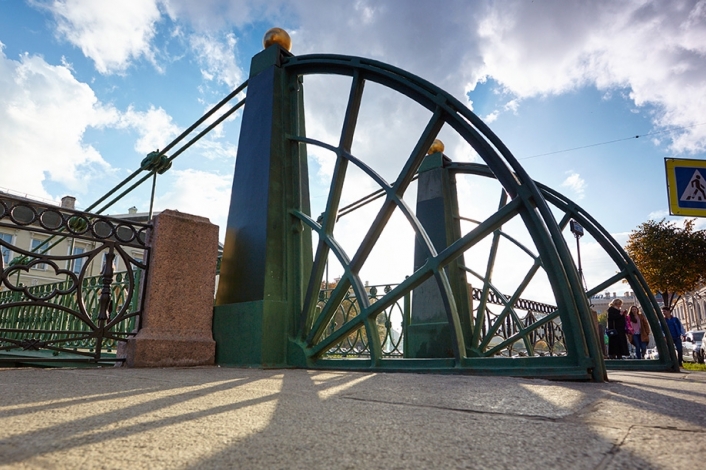 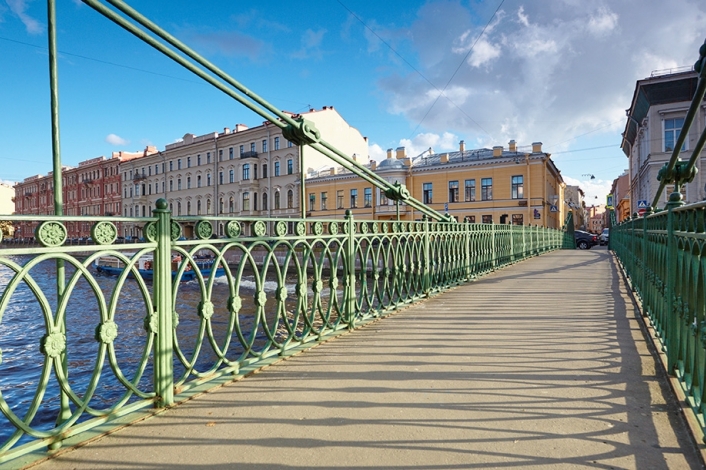 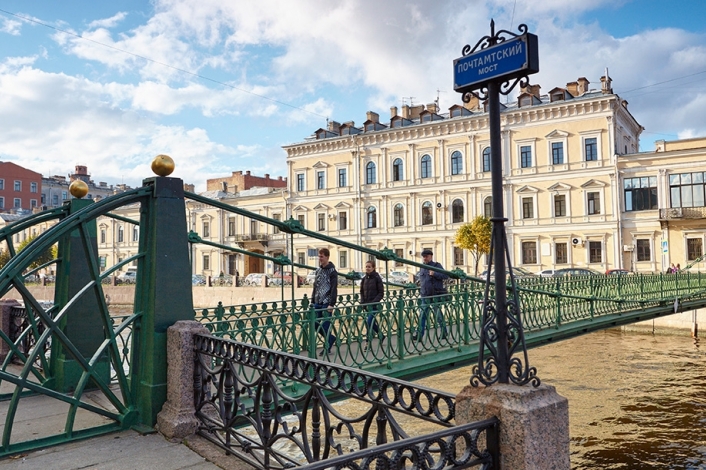 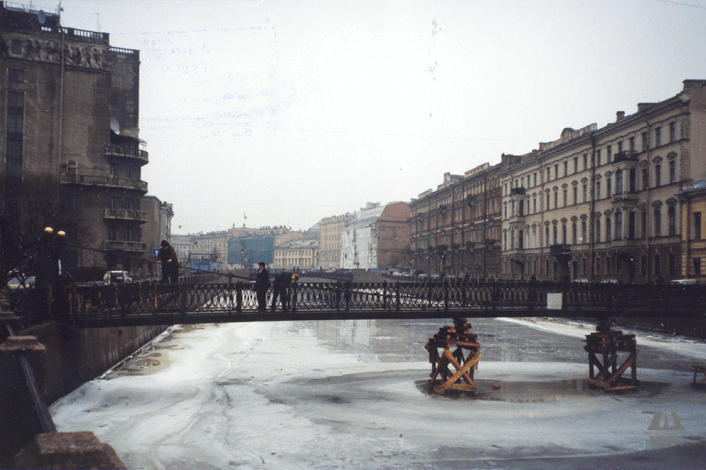 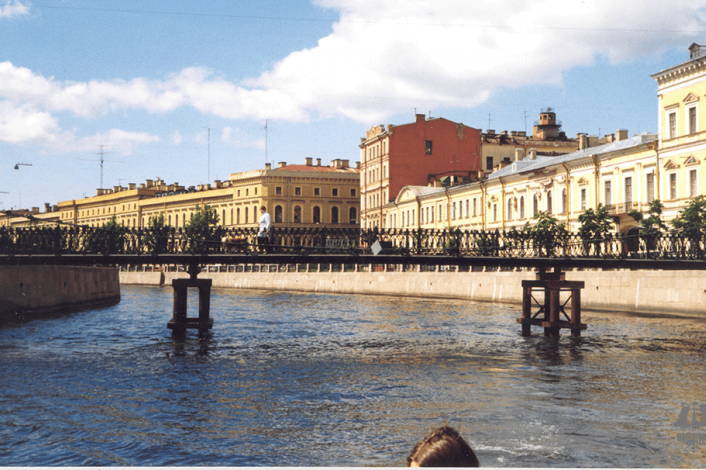 Pochtamtsky Bridge is a pedestrian single-span bridge in the Admiralty District of St. Petersburg across the Moyka River and connecting with Kazansky Island and the 2-nd Admiralty Island.

At the end of the XVIII century, a 4-span wooden simple bridge with wooden abutments and intermediate supports covered with boards was built there. In the first years of operation it has been found that the bridge was built with a deviation from the project. Defects in construction led to a deck sagging in the central part of the bridge and offset of three obelisks of the four towards the river.

In 1823-1824 under the project and under the supervision of engineer W. Van Treter of Railway Corps the bridge was rebuilt into the pedestrian single-span suspension bridge. It was built simultaneously with Panteleimonovsky pedestrian chain bridge over the Fontanka River. The design of the bridge represented chains fixed in the coastal cast iron obelisks, pylons with fan-shaped sectors. The chains were made of forget iron that held the wooden superstructure by means of suspension rods of circular cross section. Forget iron chains were fastened to the obelisks-pylons by special hinge locks. Obelisks are ended with gold balls.

The bridge began to operate without prior arrangement: locals, without waiting for the end of construction, began to cross the bridge under construction across the Moyka River. Some parts of the bridge, including the railings, at that time has not been installed, and the bridge being completed during operation. When the pedestrians moved over, the bridge was swinging greatly due to the low rigidity. To prevent uneven swinging at the entrances of the bridge cast iron turngates – X-gates for regulating the movement of pedestrians - were installed.

To lower the weight of the bridge in 1902 forged cast iron railings were dismounted and the lighter ones of simple pattern were installed on the bridge.

Due to the progressive deformation of the superstructure, in 1905, timber supports were installed under the superstructure; the bridge stopped being suspended one. Suspension single-span bridge was turned into a 3-span single bridge.

In 1953 the wooden superstructure was replaced by metal I-beams. Only sagging chains as a decoration reminiscent of its former role have survived. Recovered river supports were covered with boards.

In 1956 at the initiative of the chief engineer of P.P. Stepnov of Lenmosttrest the original cast-iron railing was restored again under the project of architect A.L. Rotach.

In 1968 balls on the obelisks were gilded.

In 1981-1983 under the project of engineers of B.B. Dworkin and R.R. Shipov of Lengiproinzhproject restoration of the suspension bridge in the original appearance were produced. New metal superstructure was manufactured at the shipyard in Petrokrepost, chains - at Kanonersky yard, and fan-shaped sectors-pylons - at the Kirov plant. The old abutments of the bridge were rebuilt. Unnecessary intermediate supports were dismantled. The bridge became a suspension one again. Restoration of the bridge was carried out by forces of RSU Lenmosttrest under the leadership of Chief Engineer D.M. Labutin.

On February 2, 2001 admittedly due to a sharp decrease in environment temperature a link of outer chain from the downstream side was destroyed. On 14.02.2001 the bridge was opened to traffic.