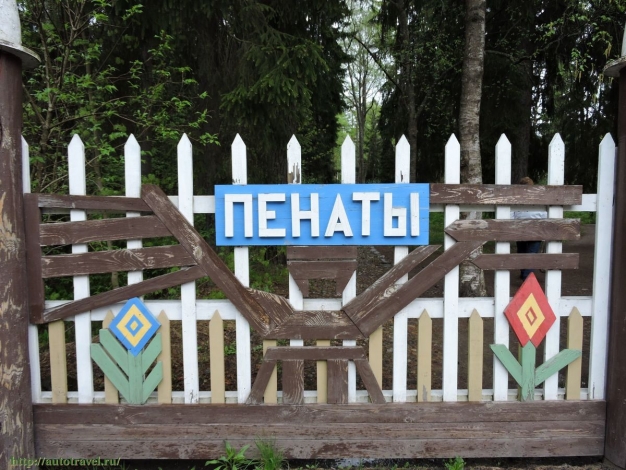 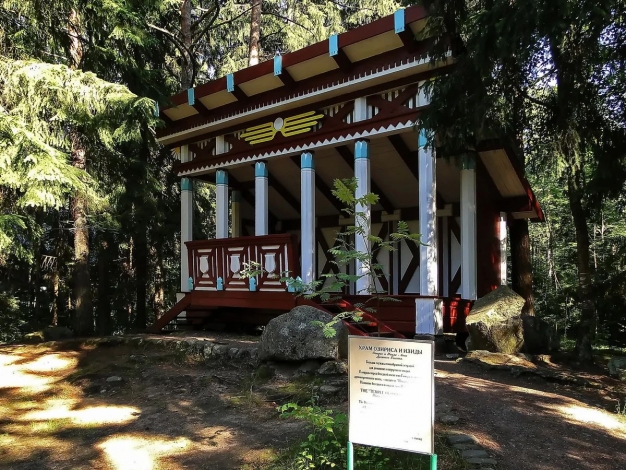 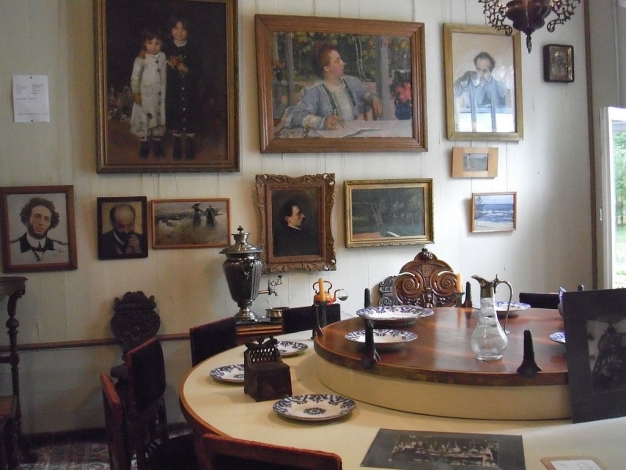 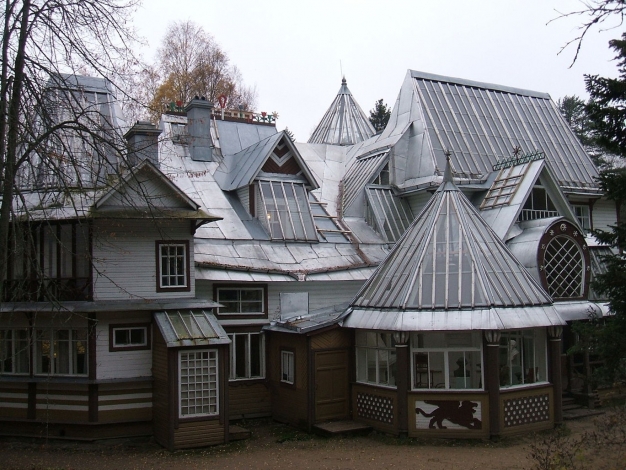 Museum-estate of I.E. Repins "Penates" is located on the Karelian Isthmus, 45 kilometers from St. Petersburg, on the coast of the Gulf of Finland.

The northern coast of the Gulf of Finland became the favorite vacation spot of St. Petersburgers in the second half of the XIX century. This area became especially popular after the opening in 1870 of the railway between St. Petersburg and Vyborg. In the Finnish coast, dachas were willingly rented and many famous artists, writers, and musicians acquired houses there.

I.E. Repin purchased a plot of land in the Finnish village of Kuokkala (now Repino) in 1899. The manor was called "Penates" in honor of the penates, the Roman gods, the guardians of the hearth. Their images can be seen on the painted wooden gates of the estate, created according to Repin's drawing.

Gorky and Kuprin, Chukovsky and Mayakovsky, scientists Bekhterev and Pavlov, singer Shalyapin and composer Glazunov, and other famous Petersburgers were guests in the house on the famous “Repin's Wednesdays”. Repin lived in the manor for 30 years, he died here and was buried here.

"Penates" became one of the first memorial museums in the country under the auspices of the Russian Academy of Arts. The memorial museum in Repin's house was opened in 1940, but during the war years the building burned down. The restored manor museum reopened on July 24, 1962. Here you can see the personal belongings of the artist, his paintings and drawings, works of other Russian painters. In total, "Penates" stores about six hundred works of painting and graphics.

In the two-storey house of Repin, the historic memorial image of the rooms that bear the imprint of the owner’s tastes and habits is preserved: workshop, dining room, study, porch, living rooms. A visit to the museum includes an acquaintance with the exposition, viewing the old newsreels, which captured I.E. Repin in his house, inspection of the memorial park and the surrounding area, which inspired many Russian artists and writers.