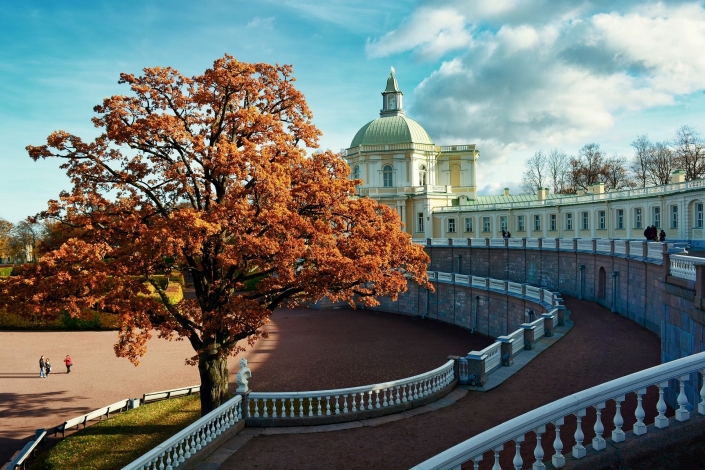 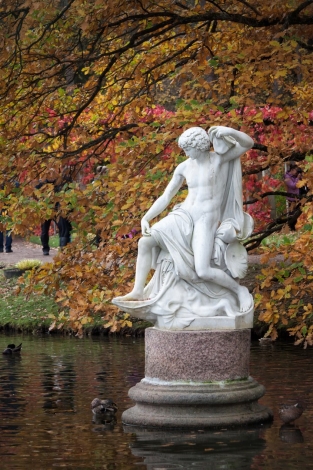 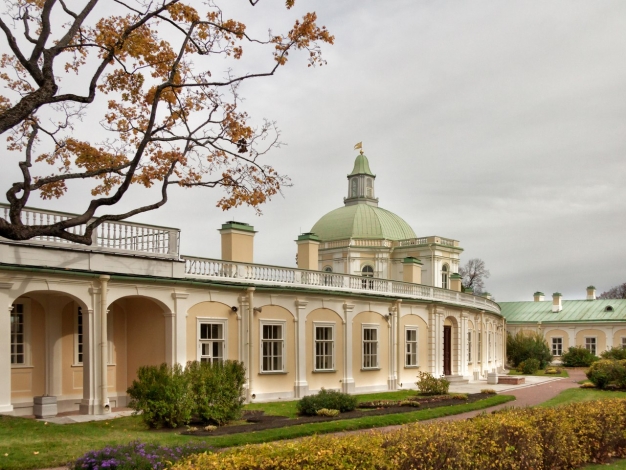 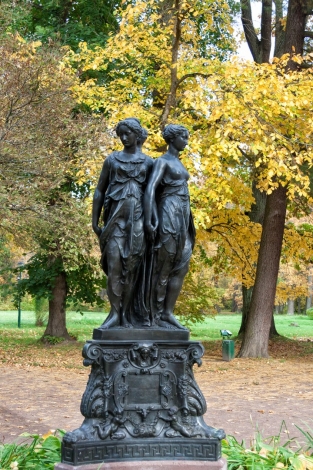 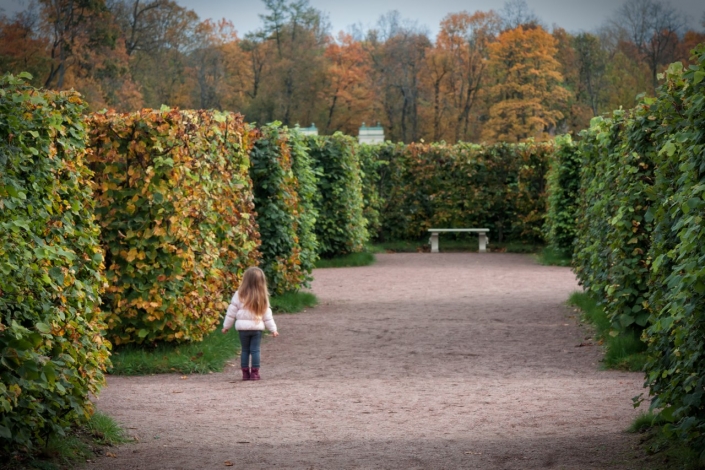 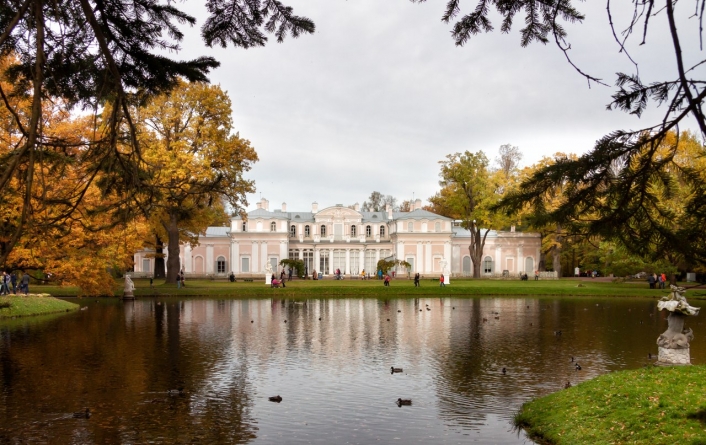 Oranienbaum Park is the most valuable example of landscape gardening art of the second half of the 18th-mid-19th centuries. It covers an area of 162 hectares. Until the 70s of the XVIII century, the main artistic device in the organization of the park was a regular composition, which later gave way to landscape. The park consists of several historically developed parts, each of which was formed during certain periods of the creation of the palace and park complex.

The Grand (Menshikov) Palace divides the Oranienbaum Park into two unequal parts - the Lower Garden, which has a regular layout, and the landscape Upper Park. The Upper Park, in turn, is also divided into two parts - Petrovsky Park, in the territory of which the amusing fortress of Peterstadt was located, and the ensemble of the Own Cottage, including the Katalnaya Gorka pavilion and the Chinese Palace.

The palace and park ensemble is part of the World Heritage Site “The Historical Center of St. Petersburg and its associated complexes of monuments”. Since 2007, the palaces and the park are under the jurisdiction of the Peterhof Museum.