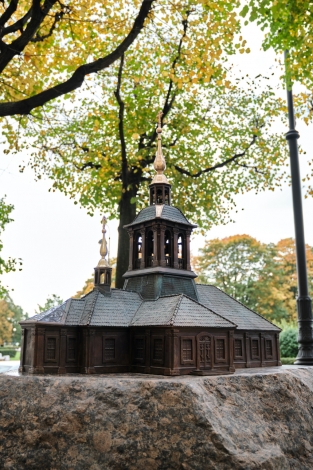 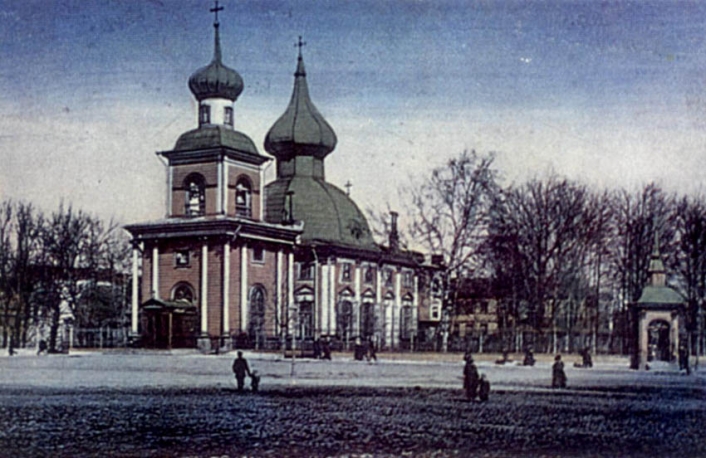 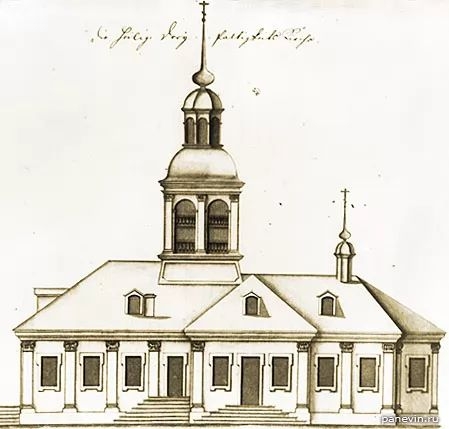 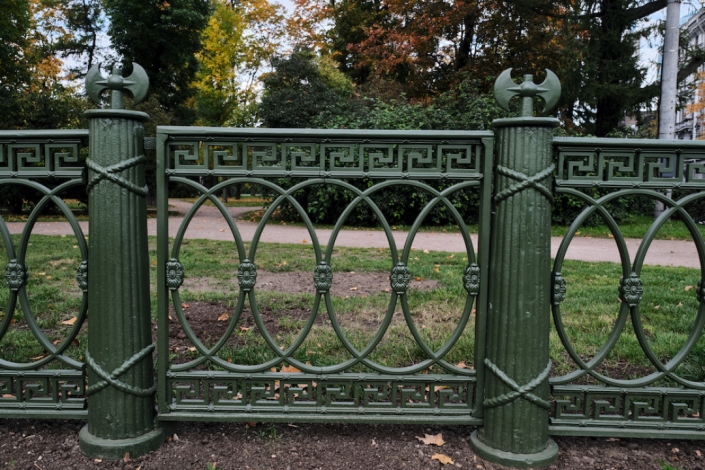 The monument to the lost Trinity-Petrovsky Cathedral is located on Troitskaya Square next to the LenNIIproekt house on the Petrogradskaya side. It was here that from 1711 to 1933 one of the first churches of the Northern capital stood.

The project of the memorial sign was created by Pavel Shevchenko, professor of the sculpture department of the Institute of Painting, Sculpture and Architecture. This is a metal model of the temple, set on roughly hewn granite - a real shard of the Thunder Stone, from which the Bronze Horseman's pedestal was once carved.

The wooden Trinity-Petrovsky Cathedral was laid by Peter I in 1709 and consecrated on July 10 (old style), 1711. After the closure of the first wooden Peter and Paul Church in 1714, Trinity Church became the main cathedral of the capital. The Tsar visited it two or three times a week, read the Apostle and "singing in his own person, standing on the kliros with the other singers, continued the all-night vigil for five and six hours."

In the first half of the 18th century, the main shrine of St. Petersburg, the Kazan Icon of the Mother of God, remained in the cathedral for many years.

Poltava anniversaries and the conclusion of the Nystadt peace in 1721 were celebrated here, when the title of Emperor was presented to Peter. Archbishop Theophan (Prokopovich) delivered sermons here. The funeral service for Tsarevich Alexei, executed in 1718, was also served here.

The cathedral was badly damaged by the floods of 1824 and was rebuilt several times due to fires. In 1903, the new permanent Trinity Bridge across the Neva got its name from the Trinity Church. In 1933 the church was demolished.

In 2002-2003, to the 300th anniversary of St. Petersburg in memory of the lost Trinity-Petrovsky Cathedral, a chapel of the Life-Giving Trinity was erected on the square. The project was developed by architects Alexander Kitsula, Alexey Mikhalychev and Gleb Rybakov at the YAK architectural bureau.

The chapel was consecrated on May 23, 2003. However, it is located not where the temple stood, but closer to the Troitsky bridge and Kamennoostrovsky prospect. At the site of the foundations of the Trinity-Petrovsky Cathedral, there is now a passage from Kuibyshev Street to Petrovskaya Embankment and part of the LenNIIproekt building.

The monument to the Trinity-Petrovsky Cathedral was erected at this place on September 30, 2020.

Along with the installation of a memorial sign, the Foundation for Assistance to the Restoration of Historical and Cultural Objects in St. Petersburg has restored the fence near the Alexander Park with the reconstruction of the lost elements.

The object of cultural heritage "Lamp posts with a lattice" consists of two types of lamp posts and a fence. The metal lattice was made to decorate the Suvorov floating bridge across the Neva, opened in 1827. It was cast according to V.P. Lebedev at the Byrd iron foundry.

After the opening of the permanent Trinity Bridge, lattices and lampposts took their place at the Alexander Park from the Trinity Bridge and on the Ioannovsky Bridge. Now the restored fence stands at Kamennoostrovsky Prospect and Troitskaya Square.