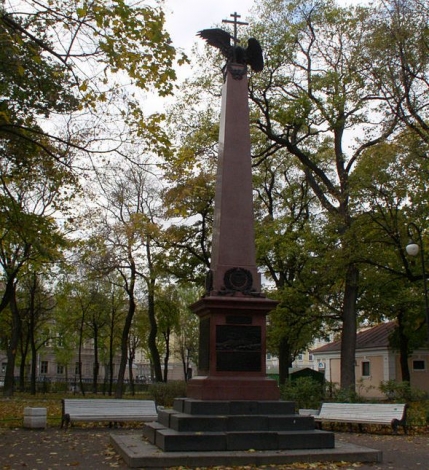 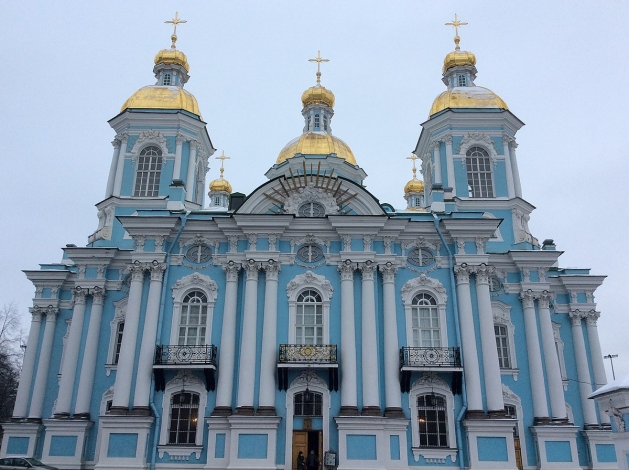 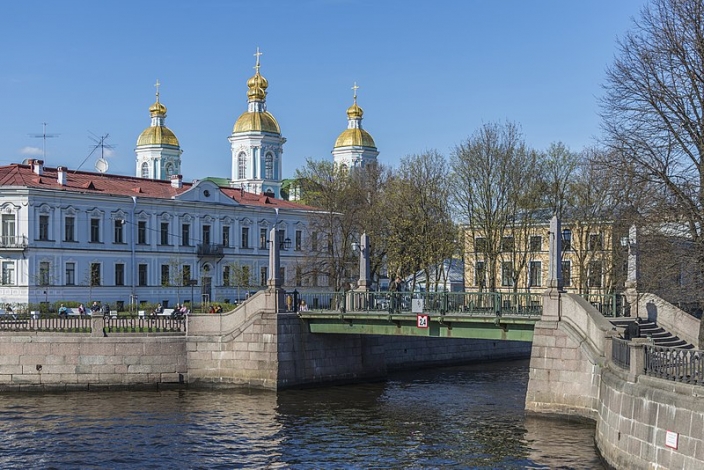 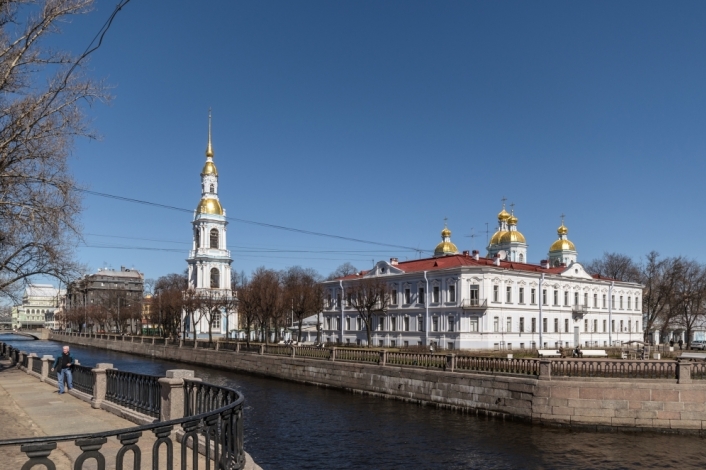 The Nikolsky Sea Cathedral (the Naval Cathedral of St. Nicholas the Wonderworker and Epiphany), built in 1753-1762 by architect Savva Chevakinsky, became a vivid monument of Elizabethan baroque in church architecture. A separate bell tower, completed with a high spire, was erected in 1755-1758.

The cross-shaped building of the St. Nicholas Naval Cathedral is decorated with Corinthian columns, stucco frames and a broad entablature, which is crowned with a gilt five-domed structure. The rich plasticity of the facade is complemented by balconies with patterned wrought iron bars.

In 1908 in the garden in front of the temple was erected an obelisk in memory of the crew of the battleship "Emperor Alexander III", who died in the battle of Tsushima.

After the October Revolution of 1917, the St. Nicholas Naval Cathedral was not closed, it worked during the Leningrad blockade as well. On the March 10, 1966 the funeral service of the poet Anna Akhmatova took place in the cathedral.

In the 21st century, shrines were returned to the temple: the icons of the painters Kolokolnikov and reliquary with parts of the relics of saints.

The cathedral can receive about five thousand people at a time.