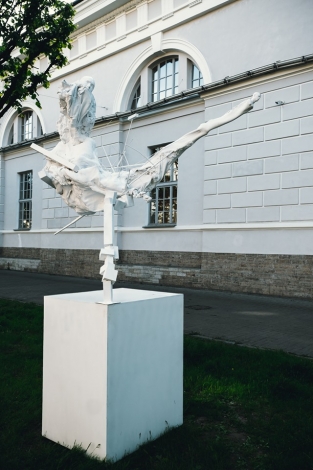 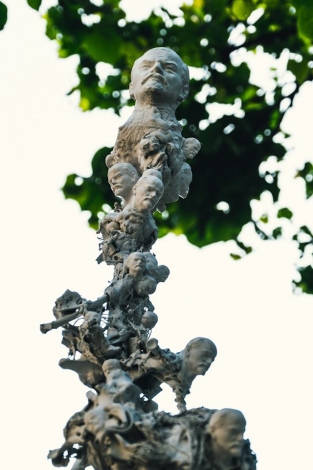 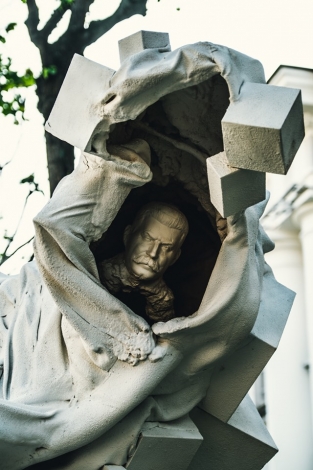 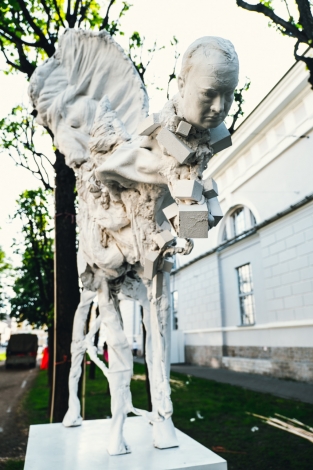 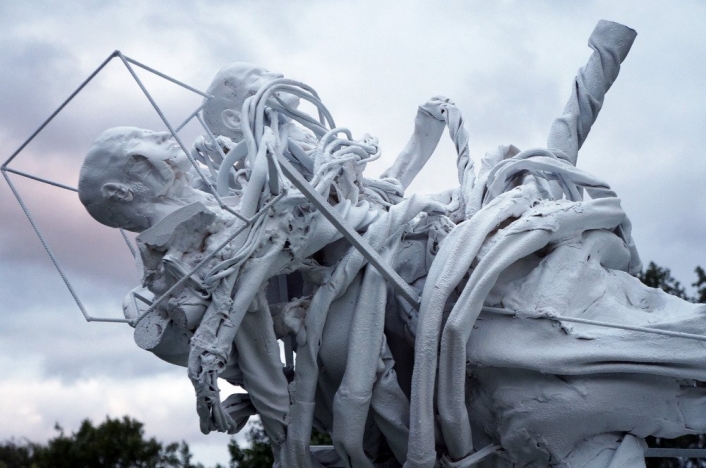 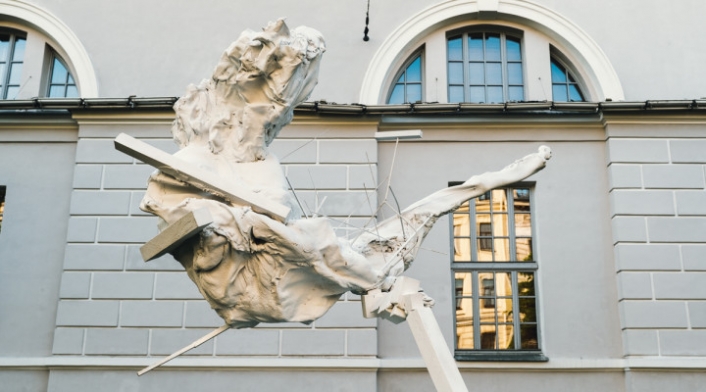 A new street exhibition space opened on Yakubovich Street at the walls of the Central Exhibition Hall "Manege". There temporary exhibitions of contemporary art will be held.

The “Museum Line” is part of the “New Cultural Geography” project, which will mark on the map of the city and bring together various participants in the modern cultural process: museums and creative spaces, as well as new locations. This is a place to present modern artistic ideas, new cultural forms and manifestations in the classic urban space.

The first exhibition will be the work of Russian sculptor Dmitry Kavargi. His series of five sculptures and reliefs, Toxicosis of Anthropocentrism, is a reflection on the nature of the human population. Kavarga works with a wide range of polymers, creating both large-scale landscape sculptures and miniature detailed compositions. The exhibition can be seen on Yakubovich street until September 10.

In the future, it is planned to continue the “Museum Line” along Konnogvardeisky Boulevard, Alexandrovsky Garden and Millionnaya Street, creating a new pedestrian museum city route that will connect the Hermitage, the Marble Palace and the Manege.