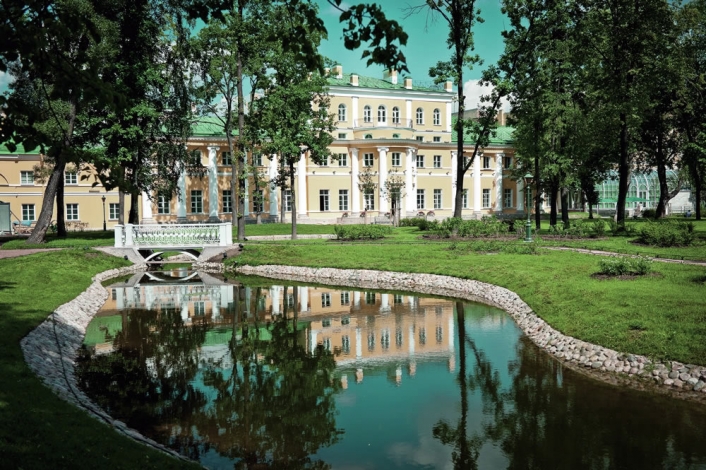 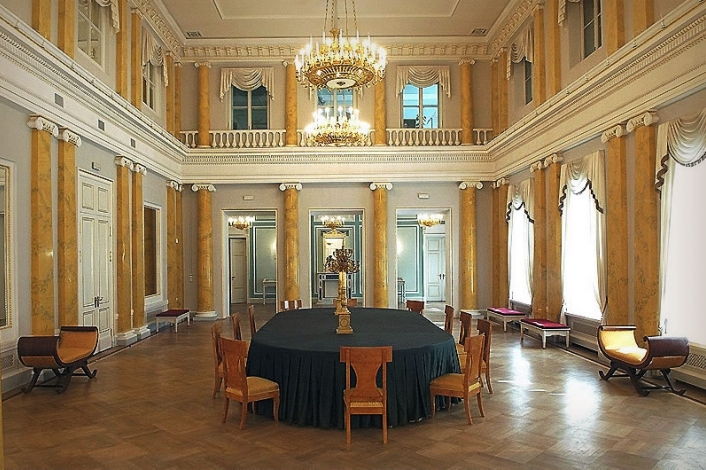 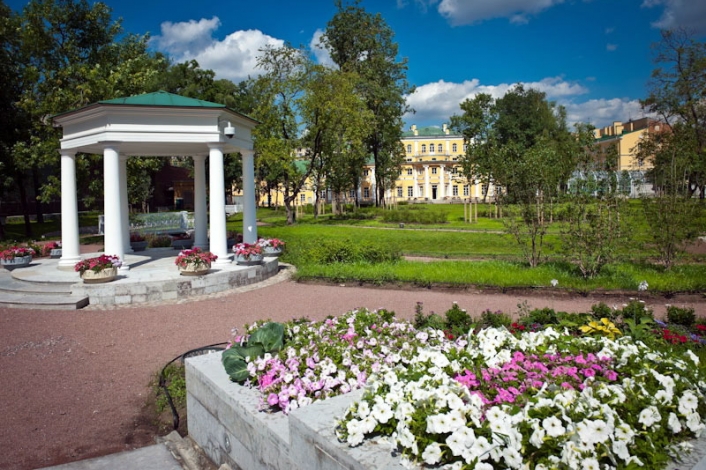 The town manor of the poet G.R. Derzhavin is a unique memorial site recreated in 2003-2011. The museum complex consists of a mansion where Derzhavin lived from 1791 to 1816, a home theater, a greenhouse and a garden.

The Derzhavin family bought an unfinished two-story stone mansion on the Fontanka in 1791. The house and the interior decoration were completed according to the project of architect N.A. Lviv. For a quarter of a century the poet's house was the center of Russian culture of the late 18th and early 19th centuries. At the end of the 1790s, a theater appeared there. Since 1811, in the "Grand" ("Dance") hall solemn meetings and public readings of the literary society "Conversation of lovers of the Russian word." were held.

Today, the house of the poet is the Museum of G.R. Derzhavin and Russian literature of his time. The literary and memorial exhibition occupies sixteen rooms, where interiors are recreated with maximum accuracy, and portraits of hosts and guests create an "effect of presence".

In the Eastern building a literary exposition "The Owners of the Russian Lyre. From Derzhavin to Pushkin. " is located. Paintings, engravings, applied art, portraits of writers, poets and historical figures of the second half of the 18th and early 19th centuries, documents, manuscripts, books and other relics are presented here.

In the Western Corps there are permanent exhibitions called "In the white gloss of porcelain" (porcelain from the end of the XVIII-XX centuries) and "The All-Russian Museum of Alexander Pushkin. Pages of History ».