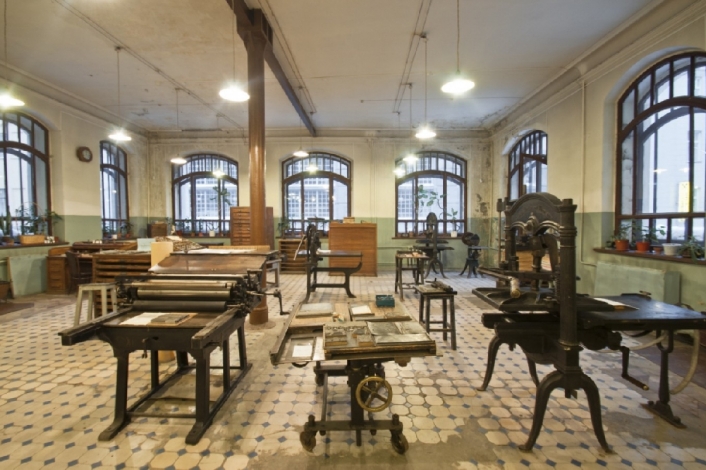 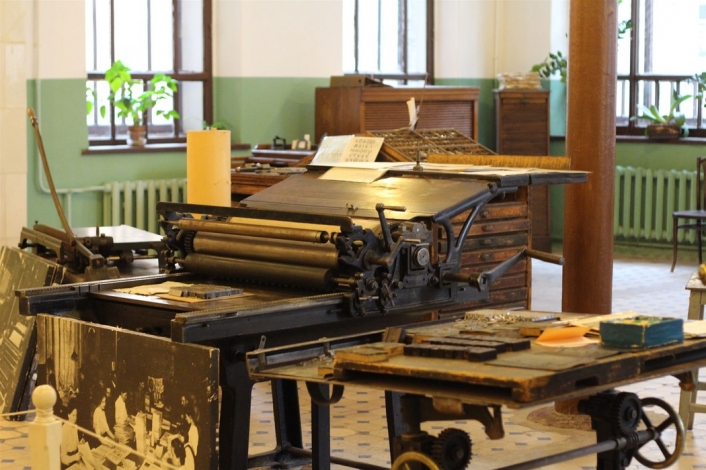 The Press Museum is part of the complex of Museum of the History of St. Petersburg. He acquaints visitors with the history of the publishing house that was located in this house at the beginning of the XX century. Here was the editorial office of the newspaper «Rus» of AA. Suvorin, the government newspaper «Selskiy Vestnik», and in early 1917 the Bolshevik newspaper «Pravda» was published under the leadership of V.I. Lenin here.

In 1984 in the house on Moika, 32, a branch of the State Museum of History of Leningrad was opened. It was called «Lenin and the Pravda newspaper». In 1991 it was transformed into the Museum of the Press of St. Petersburg. The museum exposition consists of three parts: "Publishing house and printing house of the beginning of XX century", "History of the printing business in St. Petersburg in the XVIII century" and "Music salon".

In the reconstructed interiors of the editorial office, you can see office furniture, stationary at the beginning of the twentieth century. There are typesetting cash desks, paper-cutting machines, manual printing presses in the preserved building of the printing house. The photographs of 1912 helped to recreate the interior of the bookstore.

In apartment number 4, where the historical layout was preserved, two rooms of the master apartment were recreated: an office and a living room. A collection of unique musical instruments of the mid-19th - early 20th centuries is presented here.