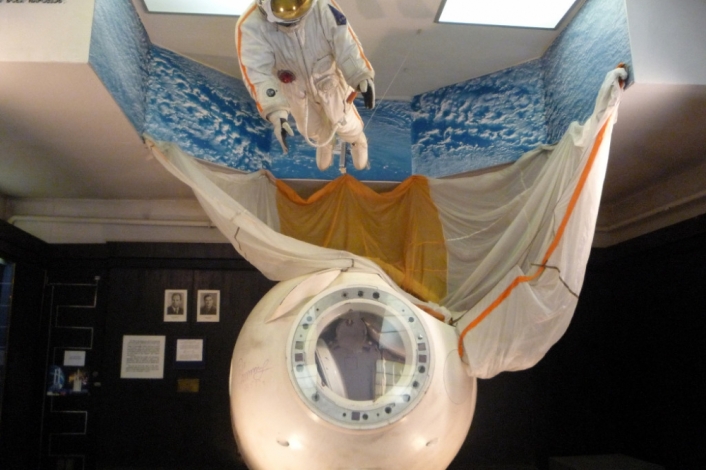 The museum of cosmonautics and rocket technology was opened in the premises of the Ioannovsky Ravelin, where in 1932 – 1933 years II department of Gasdynamic laboratory (GDL) known for being the first domestic organizations in the development of rocket engines was placed. There were test stands of electric and liquid rocket engines.

At the exposition unique designs of designers lab is presented: rockets on smokeless powder, liquid rocket engines and their direct descendants – the main engines of space rockets.

In the halls of the museum models of the first artificial satellite (launched in the USSR on 4-th of October, 1957) and the space ship "Vostok" (April 12, 1961 the world's first cosmonaut Yu. A. Gagarin flew it into space, 16 – 19 June 1963 the first woman cosmonaut Valentina Tereshkova flew into space) are displayed.

One of the most interesting exhibits of the museum – the lander spacecraft "Soyuz-16", had been to space and returned to Earth in December 1974.

The exposition presents a model of the International Space Station (ISS), a manned orbital station used as a multipurpose space research complex, on a scale of 1:50. In May 2017, the exposition was replenished with mock-ups of the food zone and hygiene room in the Zvezda service module of the Russian segment of the ISS (scale 1: 1).

In front of the museum entrance the lander topographic satellite "Comet", which was in space in the 1990-ies, is installed.

The museum arranges sightseeing tours for adults and children.