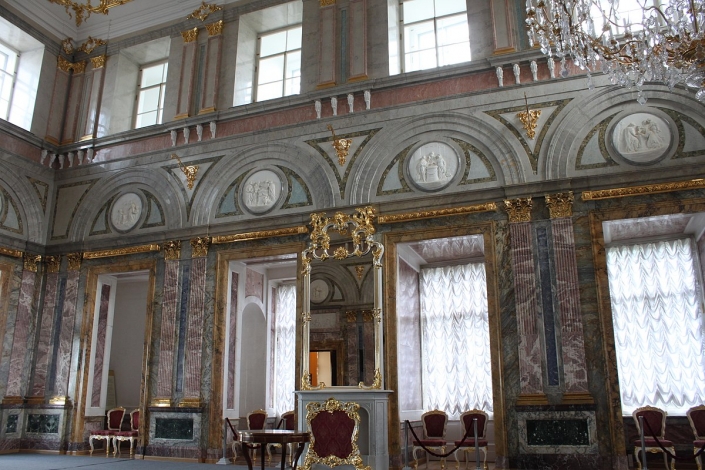 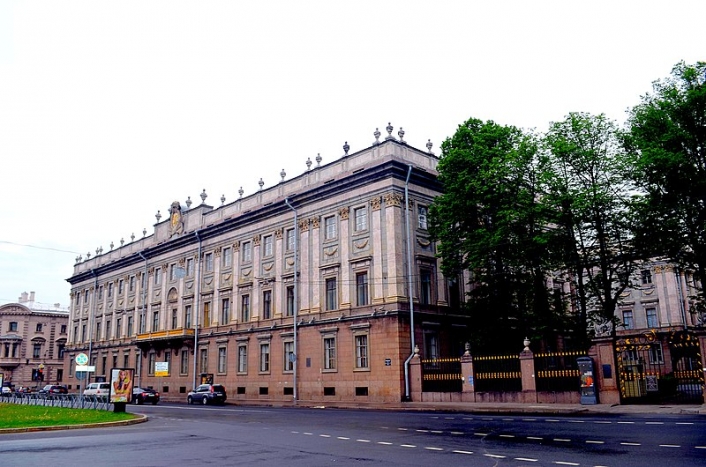 The Marble Palace is a unique architectural monument of the 18th century which is located on the Dvortsovaya embankment of the Neva River in the historical center of St. Petersburg. It was constructed in 1768 — 1785 according to the design by an Italian architect Antonio Rinaldi (1709-1794). That was Empress Catherine II who ordered to put it up. The palace was intended for General-Feldzeugmeister -count Grigory Orlov (1734-1783). Count Orlov died when the palace was still under construction. After his death, Catherine II bought the palace from his heirs, and afterwards it belonged to the Romanov’s house until 1917.

Grand Duke Konstantin (1858-1915), the son of Konstantin-senior, inherited the palace in 1892. He occupied the rooms on the first floor, especially constructed for him, facing Millionaires’ Road. The design of these rooms has partly survived up to these days. At present, the premises are occupied with a memorial exhibition dedicated to Grand Duke Konstantin — a poet of so-called Silver Age of Russian literature who used to write under a cryptonym “KR”.

In the autumn of 1917 the palace was nationalized. Between 1919 and 1936 Marble palace was occupied with the State Academy of Material Culture History. Between 1937 and 1991 it was occupied by the Lenin Museum. In December 1991 the Marble Palace was handed over to the State Russian Museum. Marble palace permanently displays the collection of pieces of art coming from the second half of the XX century, originally belonging to Peter and Irene Ludwig but donated by them to the museum. This exhibition is known as “Ludwig Museum in the Russian Museum”.

The palace hosts exhibitions, concerts, lectures on art and other interesting events.

There is a monument to Emperor Alexander III designed by sculptor Paolo Trubetskoi In the courtyard of the Marble Palace.