Monument to the heroic defenders of Leningrad 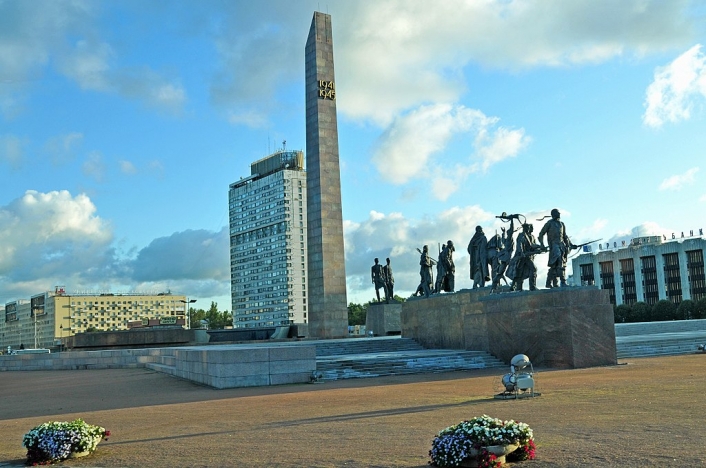 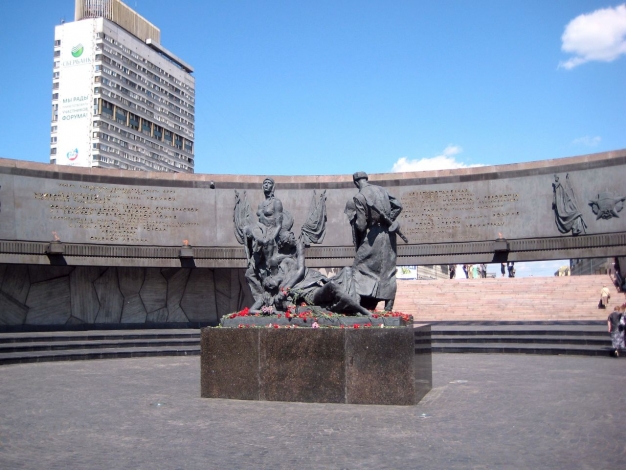 The idea of building a monument to the heroic defenders of Leningrad arose back in the years of the Great Patriotic War. It was possible to realize it only 30 years later after the complete liberation of the city from the enemy blockade.

In the 1960s, the site for the construction of the future memorial complex was finally chosen - the square near Srednaya Rogatka, which in 1962 was named Victory Square. The choice of the location was not accidental. From the first days of the war, Moskovsky Prospekt became a front-line road, along which divisions of the people's militia, equipment and troops marched.

In the immediate vicinity of here, at Srednaya Rogatka, the front line of the defense passed. Here a powerful resistance unit was equipped with pillboxes, an anti-tank ditch, steel hedgehogs, reinforced concrete gaps and artillery firing positions. And in July 1945, when the inhabitants of Leningrad met the Guards troops returning from the fronts of the Great Patriotic War, it was here that a temporary triumphal arch was erected.

In the early 1970s, a special creative team was formed to complete the work on the project of the monument. As a result, the monument to the heroic defenders of Leningrad was created by the architects V.A.Kamensky and S. B. Speransky and the sculptor M. K. Anikushin. All of them were participants in the defense of Leningrad.

The monument to the heroic defenders of Leningrad was solemnly opened on May 9, 1975 to the 30th anniversary of the Victory. It forms the southern entrance to St. Petersburg from the Pulkovo Heights and the airport. The facade of the memorial with a high obelisk facing those entering the city is called "Victors' Square". On high granite pylons, 26 bronze sculptures of the defenders of Leningrad are installed. The sculptural groups face the former front line - the Pulkovo Heights.

On February 23, 1978, an underground memorial hall was opened under the memorial. It houses an exposition dedicated to the history of the defense and blockade of Leningrad during the Great Patriotic War. It presents documents, awards, personal belongings of dead soldiers, wartime weapons and household items from the life of the besieged city. One of the main relics of the museum is a slice of bread weighing 125 grams - a Leningrader's daily ration from November 20 to December 25, 1941.

A unique "Chronicle of the heroic days of the siege of Leningrad" is kept at the northern wall of the Memorial Hall. On granite pedestals, bronze pages of the Chronicle are displayed, telling about the events that took place on that day of each blockade year. A complete list of the military formations that defended Leningrad contains the "Memory Book", the pages of which are also made of bronze.

The monument to the heroic defenders of Leningrad is part of the State Museum of the History of St. Petersburg.