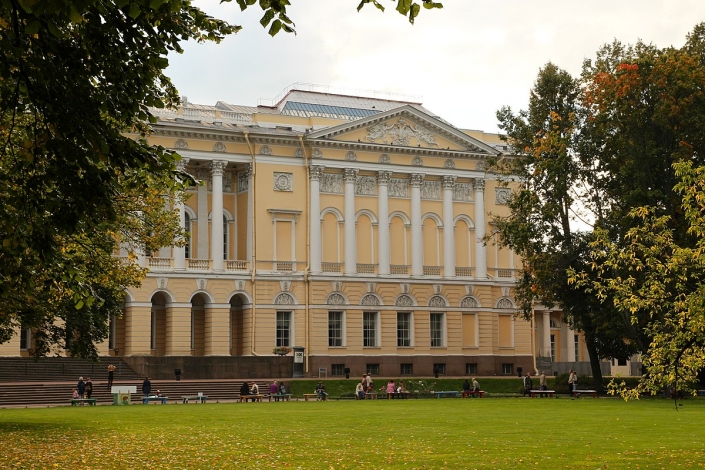 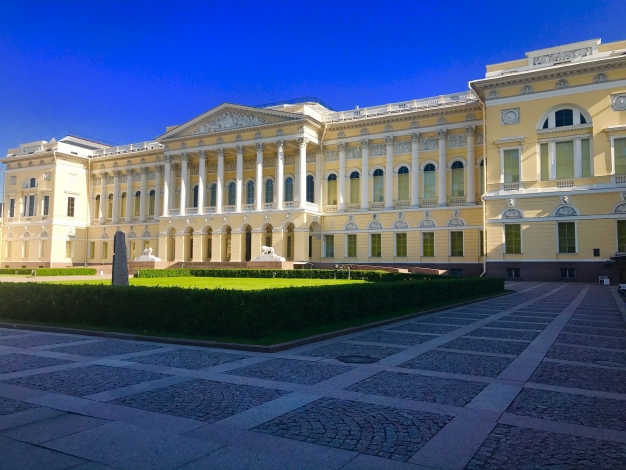 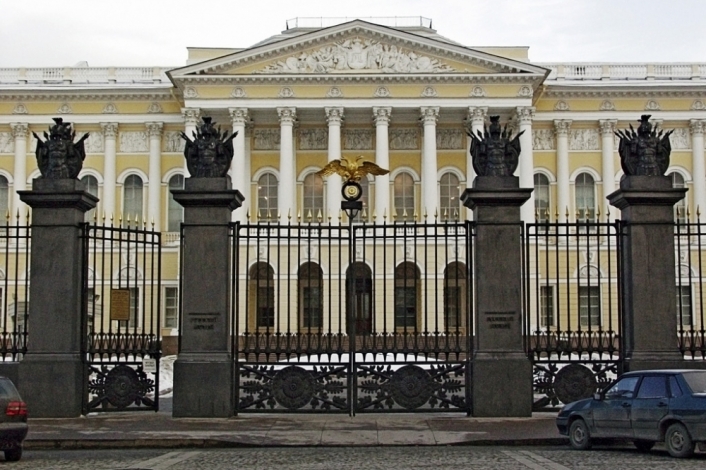 The Mikhalovsky Palace, which is a former royal residence, is one of the most beautiful buildings in the centre of Saint-Peterburg.  It is a part of a unique architectural ensemble created by Karl Rossi.

The state façade overlooks the square. Rock-faced lower floor is the basis for the first floor, designed as a three-quarter Corinthian colonnade, making for upwards. The ornaments, assembled of armory sets, reflect the epoch of Russian military glory.

There are four floors in the palace. The lower floor was intended for everyday life and contains the palace owners’ private apartments, children’s rooms and spare rooms for guests. The first floor premises were arranged in a suite: ballrooms in the west and north sides, Grand Duke and Duchess’ staterooms — in the east one. In the south-east corner of the mezzanine floor there was Archangel Michael’s home chapel, the ground floor housed kitchens.

The inner decorations of the palace astonished with their splendor not less than its outer appearance. In every hall of the palace Rossi created an individual ensemble of coexisting in eternal harmony elements.

Preserved until now enormous Vestibule is especially impressive: a wide archway, solemn gala stairways, a Corinthian colonnade on the first floor, crowning the stairs, a plafond with a skylight, richly painted by Giovanny Scotti, and a tier of perfectly carved bas-reliefs on the walls.

At the present time, the main expositions of the State Russian Museum are located in the Mikhailovsky Palace.