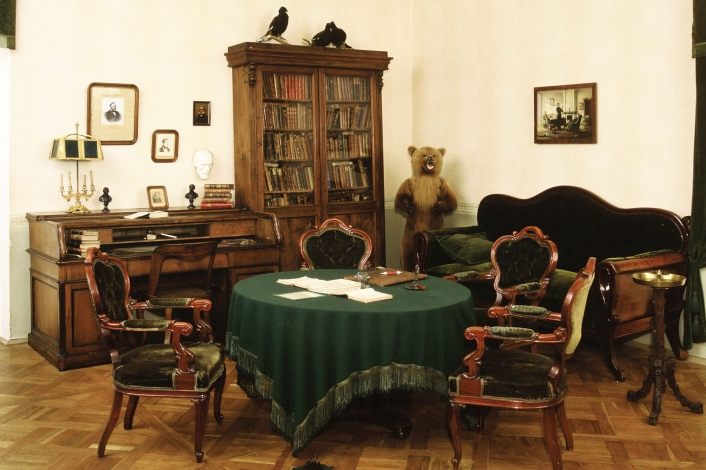 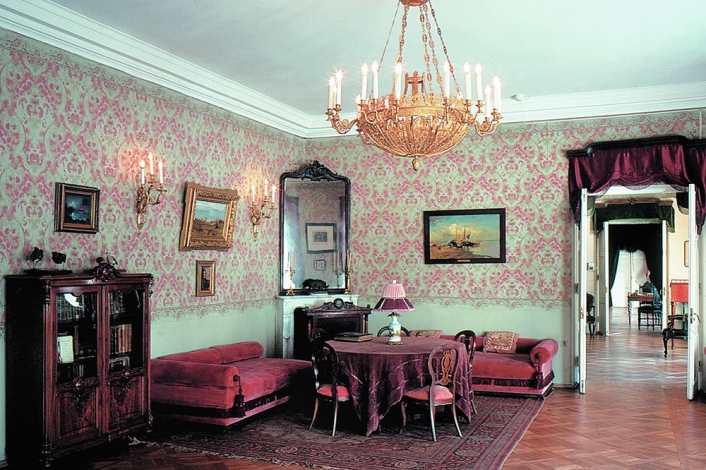 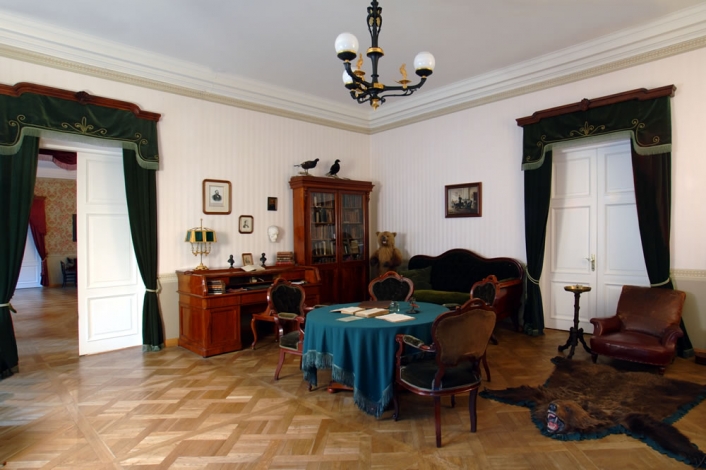 The house on Liteiny, 36, is forever associated with the name of one of the most famous Russian poets. Nekrasov lived here from 1857 until his death, in 1877. All these years there was an editorial office of two progressive and popular magazines: «Sovremennik» and «Otechestvennye zapiski» in the poet's apartment. This place was visited by different famous poets of Russian literature of the second half of the XIX century: I.S Turgenev, L.N Tolstoy, A.N Ostrovsky, F.M Dostoyevsky and others.

The museum-apartment of N.A Nekrasov was opened in 1946. In the exhibition halls, you may see the portraits of the poet, performed by outstanding Russian artists I. N. Kramskiy, K. E. Makovsky, as well as portraits and photographs of his famous contemporaries.

There is a collection of personal things, draft versions of manuscripts and white autographs of poems, supplemented by illustrations created by famous Russian artists during the life of N.A Nekrasov.

There are halls where exhibitions of contemporary St. Petersburg artists and collectors are held. They are situated in the rooms that belonged to A.A Krayevsky. He was a writer, publisher, and publicist.