Embankment of the Moika River, 12

Sanitary day: last Friday of the month.
Visiting the museum is possible only as part of an excursion group or with an audio guide in Russian, English, French, German, Italian, Spanish, Finnish or Chinese. 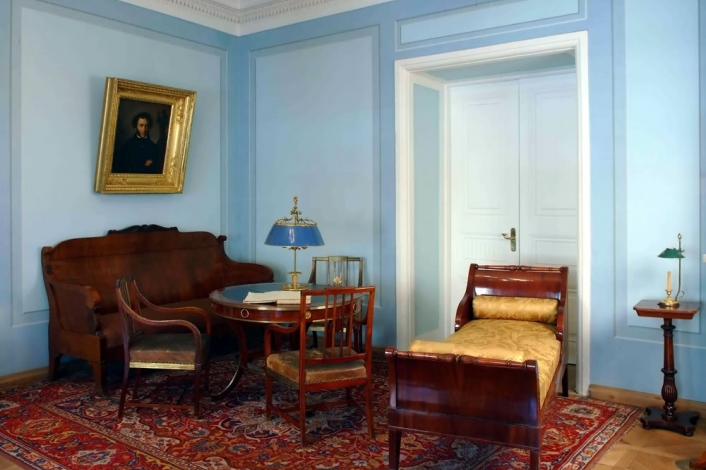 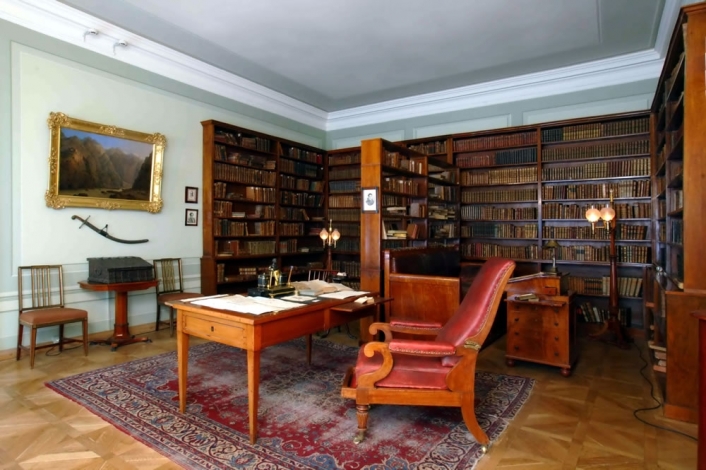 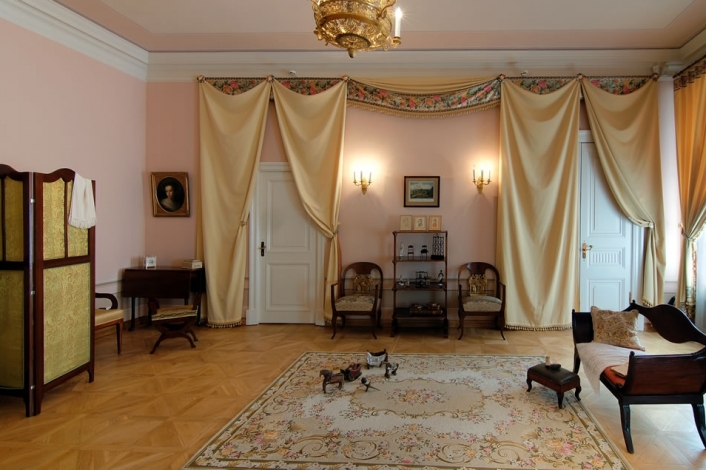 The only memorial apartment of Pushkin in St. Petersburg is devoted to the last, most dramatic period of the poet's life. The museum is located in the former mansion of the Volkonsky princes - "on the Moika near Stable Bridge". In the first floor of this house, in an apartment of eleven rooms, Pushkin and his family settled in September 1836. Here, four months later, on January 29 (February 10, according to a new style) in 1837, the poet died, fatally wounded by J. Dantes in a duel.

The memorial apartment was reconstructed on the basis of the testimonies of contemporaries and a number of historical documents. The museum features: a desk and an armchair in Pushkin's study, a curl of his hair, a death mask, jewelries of his wife, portraits of children, a sofa on which the poet died, and other unique things that belonged to Pushkin himself, his family and his friends.

There is an opening exposition in the basement that tells about the history of the old house, about Pushkin's life in St. Petersburg in 1836, about the pre-dueling history and the responses of contemporaries to the death of the great poet.