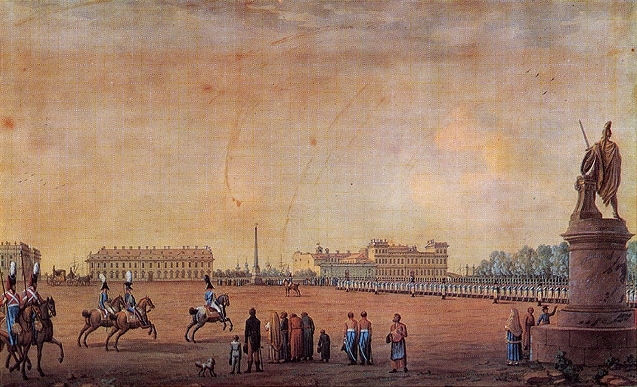 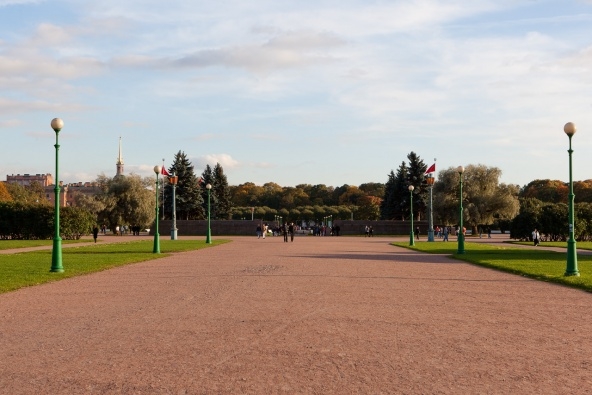 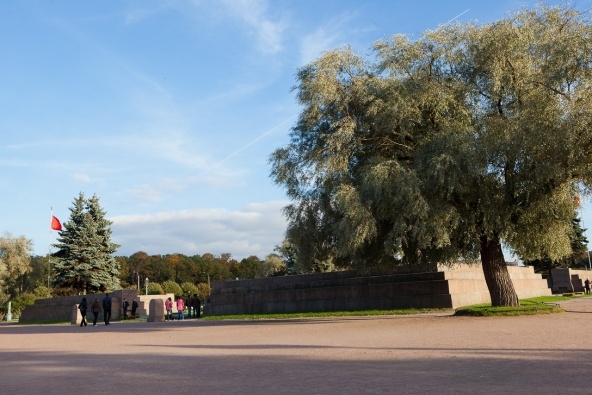 At the beginning of the XVIII century on the site of the current Mars field, there was a swamp overgrown with a liquid shrub. Its main function was to separate the newly established Summer Garden with the imperial residence from the usual urban development.

In the 1720s, the territory was drained, two canals appeared there: Lebyazhy on the eastern border of the field and Krasniy on the western. At the end of the XVIII, Krasniy canal was filled up. This place began to be called the "Amusing field", and later - "Tsaritsynym meadow".

In 1798-1801 on Tsaritsyn Meadow monuments to commanders P.A Rumyantsev and A.V Suvorov were installed. Subsequently, the Rumiantsevsky obelisk was transferred to the Vasilievsky Island, and the Suvorov monument was closer to the Neva. Military parades took place on the meadow, and the name of the Field of Mars was fixed, like the Mars field in ancient Rome and Paris.

From 1918 to 1944, the field was called the Square of the Victims of the Revolution, a mass grave of the dead revolutionaries after the February Revolution was arranged there. In 1957, on the field of Mars, the first ever Eternal Flame was lit in memory of the victims of all the wars and revolutions that fell to the share of Leningrad (St. Petersburg).

The ensemble of the Field of Mars includes the Mikhailovsky Castle, the Summer and Mikhailovsky Gardens, the Pavlovsky Barracks and the Marble Palace.