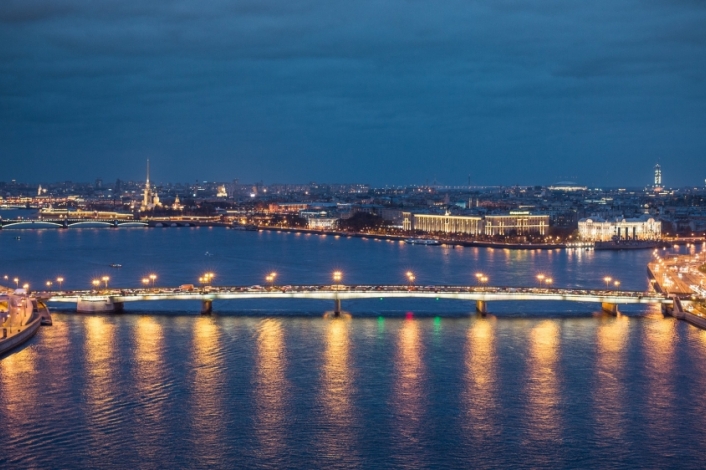 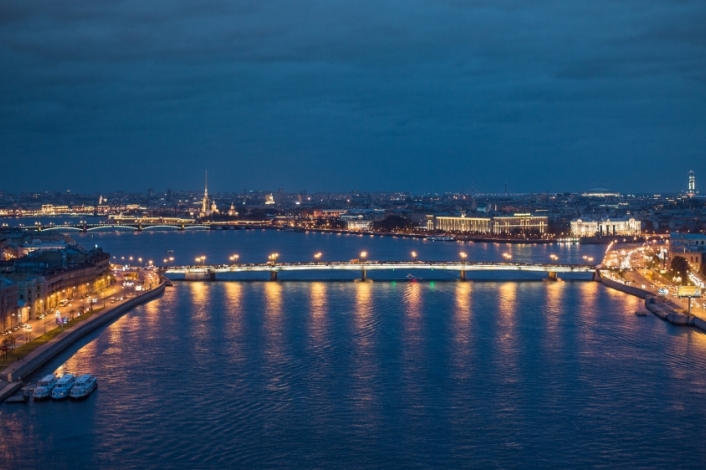 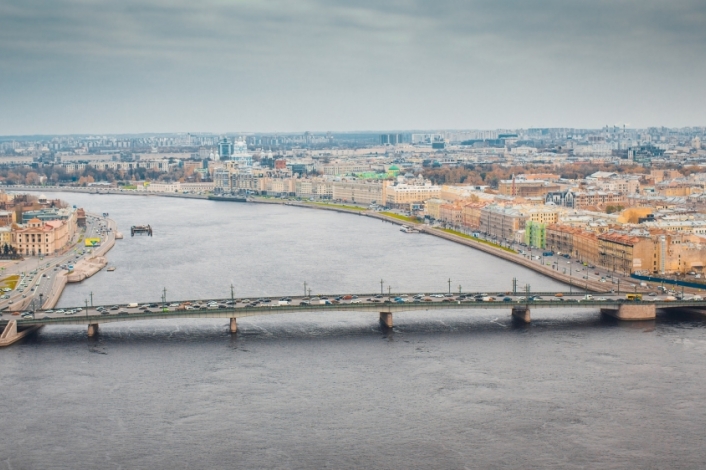 Liteyny Bridge is located in the alignment of Liteyny Prospekt and Lebedeva Street. Before the construction of the permanent bridge a floating bridge existed there which was located not on an axis of permanent bridge, but upstream, opposite Chernyshevskogo Prospekt and named Voskresensky Bridge. It was constructed in 1786 to connect the City centre and Vyborg Side. After dismantling of Liteiny Bridge a floating bridge was transferred to a new route in the alignment of Liteyny Prospekt, and was named Liteyny Bridge. Over the years, the floating bridge was the only means of communication between the central districts of the city and developing industrial areas of Vyborg Side and Petrograd Side.

In 1871 a competition was announced for the project of Liteyny Bridge. There were 16 projects submitted for this competition, 3 of them were awarded, but none were accepted for implementation.

In the years 1875-1879 permanent Liteyny bridge was built. It was a 6-span bridge, 5 of which were covered by 2-hinge riveted metal arches with roadway above, and the span on the left bank was a draw span structure representing a single-arm rotary symmetrical system.

A distinctive feature of the span superstructure was drive if form of a water turbine with capacity of 35 hp, operating from the municipal water supply. It was the only system of its kind in the world. The draw span length in raised position was 19.8 meters.

Highly artistic cast iron railing according to a pattern of architect K.K. Rahau was installed on the bridge. In the centre of the railing section a cartouche is shown - a shield with the coat of arms of St. Petersburg - crossed scepter, sea and river anchors in the hands of two mermaids whose tails are woven compositionally into decorative floral pattern in the form of a spiral shoots.

Poles with electric lights - Yablochkov candles - were installed on the bridge. It was the first bridge lit by electricity.

In 1903 in connection with the celebration of the 200th anniversary of St. Petersburg Liteyny Bridge was renamed Alexandrovsky Bridge - in honour of Emperor Alexander II, and after the revolution became again named Liteyny Bridge. The bridge had existed for almost 90 years.

In connection with the opening of the Volga-Baltic Waterway and the increase in ground traffic intensity, it was decided to reconstruct Liteyny Bridge, which had been made in the period 1966-1967.

On August 16, 2002 bulk carrier "Kaunas" heading from Nizhny Novgorod with rolled metal products onboard ran afoul of the support of Liteyny Bridge. The ship heeled over and sank nose down. Navigation on the Neva River was restored on the 23rd of August only, when the ship superstructure was removed from out of water.