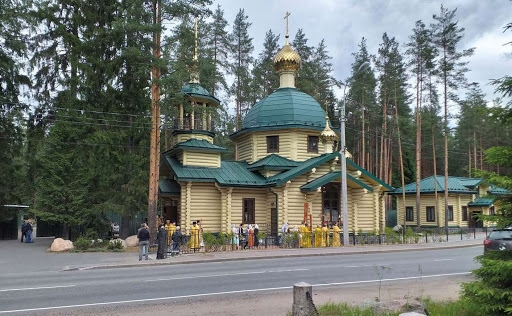 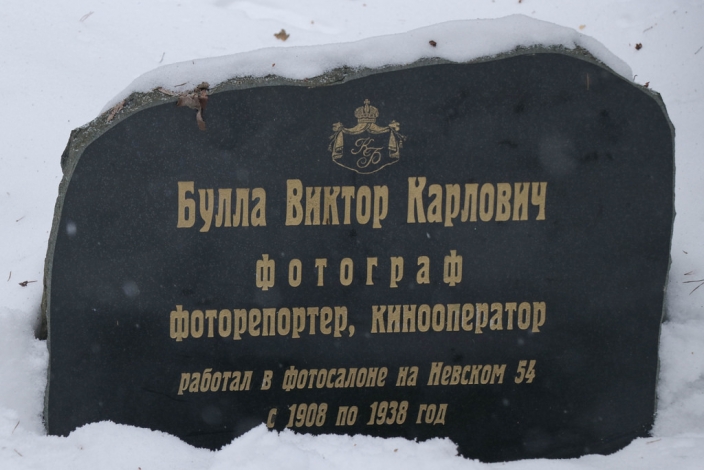 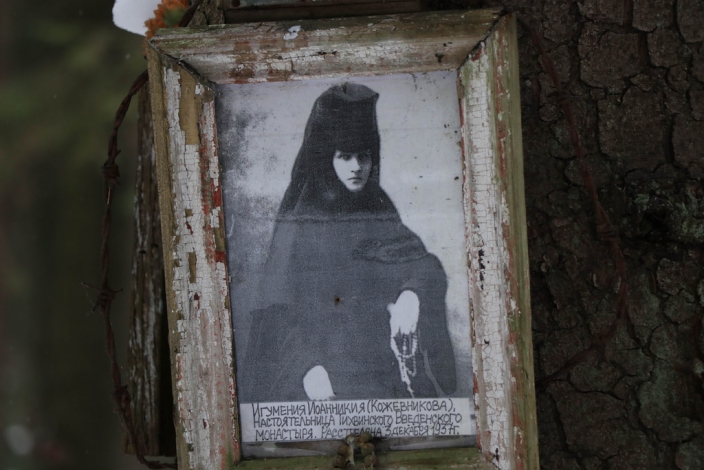 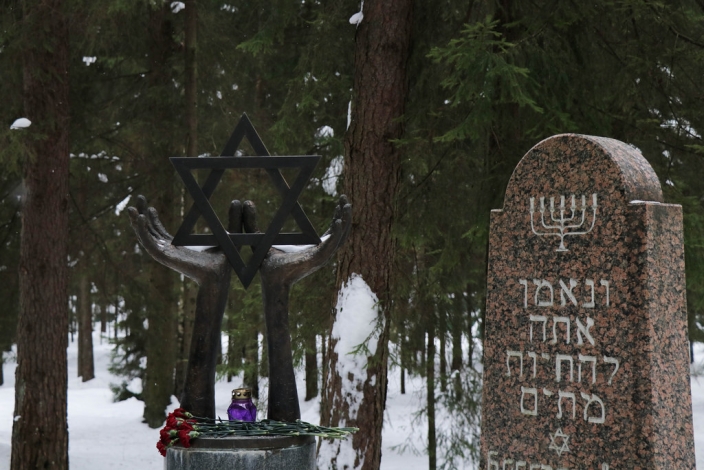 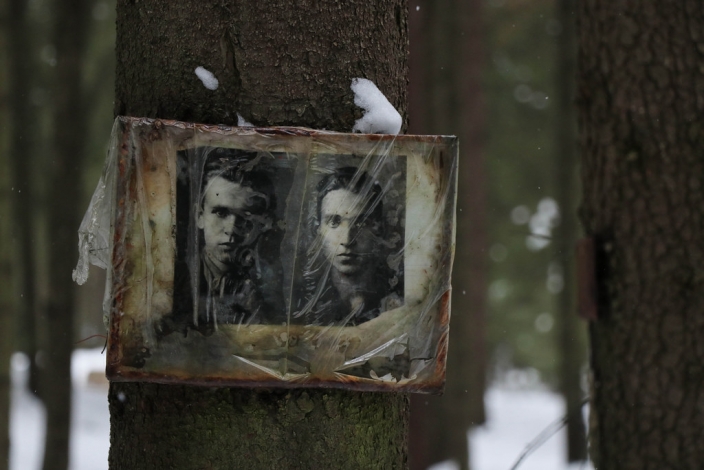 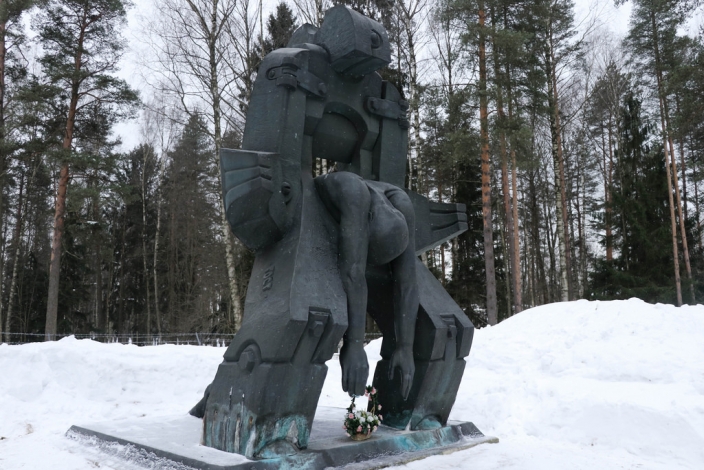 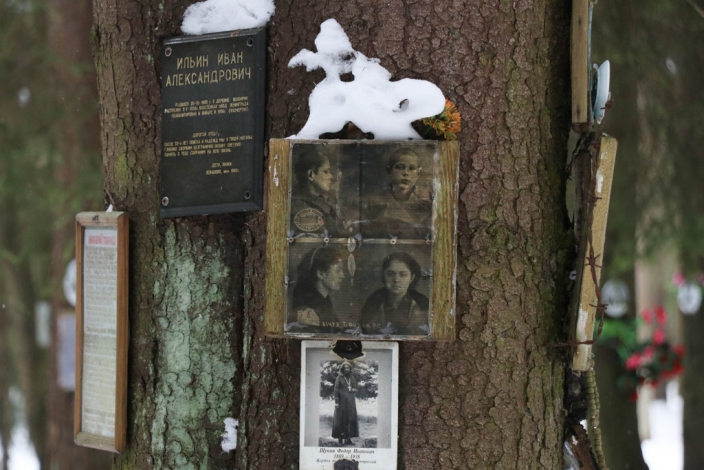 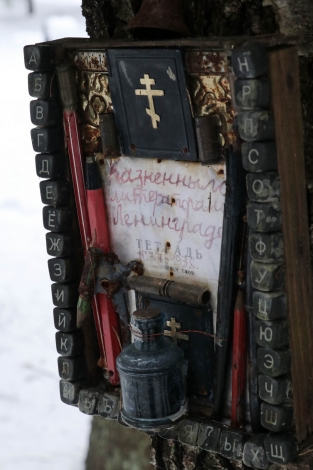 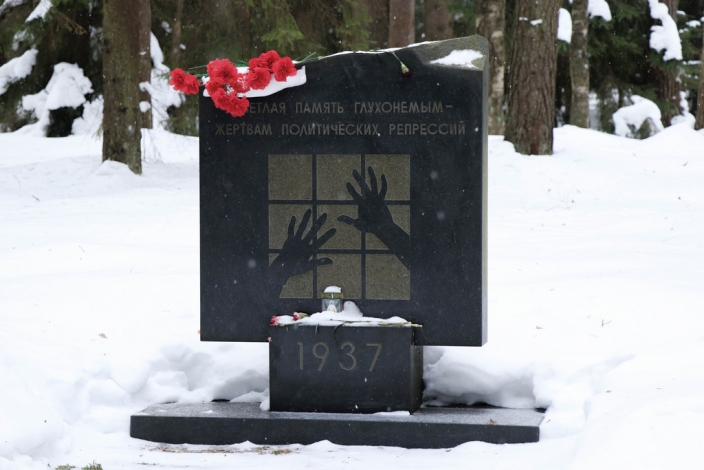 The Levashovo Wasteland is a tract near the Levashovo railway station in the north of St. Petersburg. It was used as a burial place for the dead and murdered in the prisons of Leningrad in the period from September 1937 to 1954-1955. According to official figures, about 45,000 people are buried here. Monuments and memorial signs in the cemetery, most often - cenotaphs, symbolic gravestones. But thanks to the work of the Returned Names Center, many of the names of people buried here are becoming known.

The cemetery remained a secret facility of the KGB of the USSR until 1989. On July 18, 1989, the Executive Committee of the Leningrad City Council adopted a decision "On the improvement of the burial place of victims of repressions of the 30-40s and early 50s."

The first memorial sign here was a stone erected in July 1989 by the Memorial Society at a fork in the paths in the center of the cemetery. In the 1990s, a spontaneous cemetery with photographs in the trees began to be created here. Gradually, the Levashov Wasteland became a national memorial. Since 1992, on the initiative of individuals, national communities and public associations, collective monuments have been erected here.

At the entrance to the cemetery there is a monument to the Moloch of Totalitarianism, opened on May 15, 1996. It was created by sculptors Nina Galitskaya, Vitaly Gambarov, architect Alexei Lelyakov. An abstract construction, vaguely reminiscent of a humanoid creature, processes a person - limply lying and broken.

Most of those buried at the Levashovsky cemetery were convicted on political charges. Among them are scientists, religious leaders, representatives of national communities and many others. Often, the logic of the choice of certain people and their accusations remains incomprehensible. This is the principle of a totalitarian machine aimed at intimidating society and eradicating any dissent.

Today, the Levashov Memorial Cemetery is a place of popular memory of the victims of the Great Terror during the years of Stalinist repressions.