Cathedral of the Elevation of the Holy Cross

the author of the project is unknown 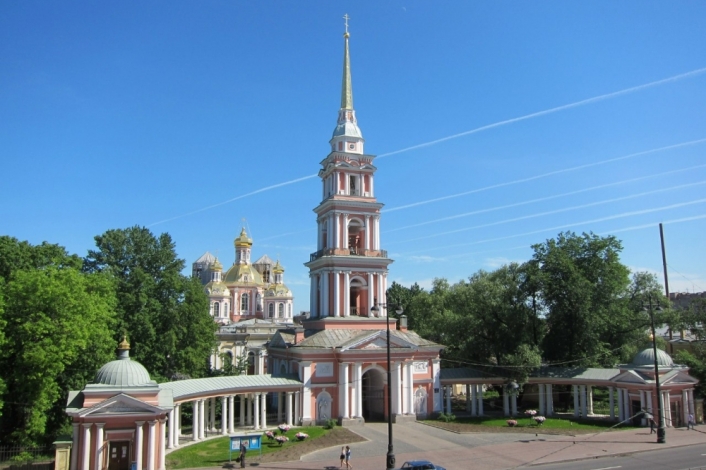 The history of the church complex began with a small wooden church built in 1719 at the request of coachmen, the residents of Yamskaya Sloboda. In 1730, the church almost completely burnt down and a new one was built there in honor of the Prophet Elijah. People called it "the Yamskaya church". In 1747-1749, the stone church of the Elevation of the Holy Cross was founded on the same site by the project of the architect I. Ya. Schumacher.

In 1848-1851, the church was expanded and redesigned by the architect E.I. Dimmert, who was a student of V.P. Stasov. It was originally intended to build a new church in Greek style, but the project turned out to be an expensive one, and it was decided to rebuild the existing construction. Crowned with five polyhedral cupolas and decorated with pilasters, the church resembled church buildings of the Baroque era of the XVIII century.

In 1991, the church was transferred to the Orthodox parish, which united St. Petersburg’s Cossacks. Today it is the main church of the Cossack community in St. Petersburg.