Petrogradskaya embankment, opposite the house 2 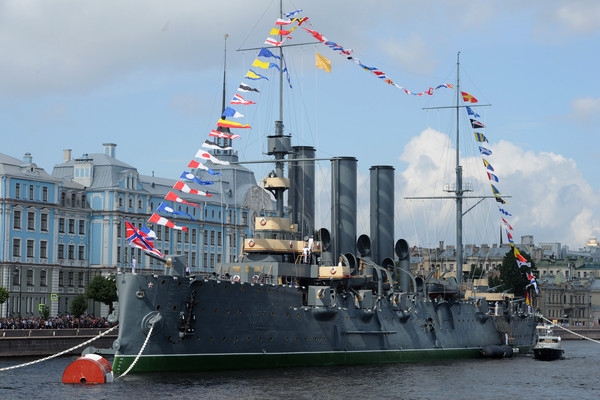 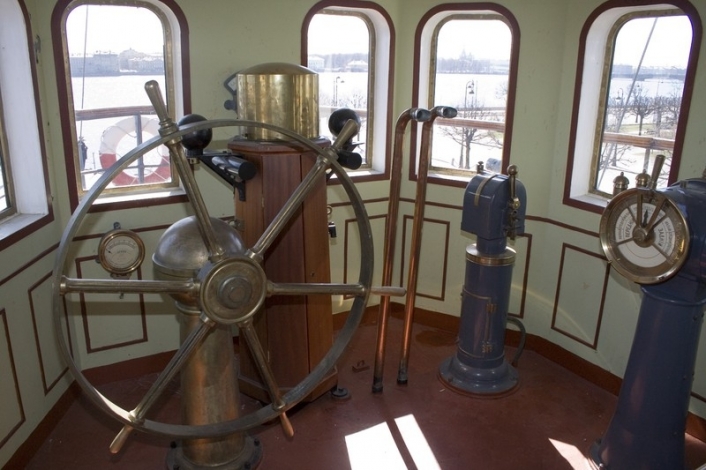 The cruiser "Aurora" was built in St. Petersburg and was launched in 1900. The ship was named in memory of the famous frigate of the times of the Crimean War.

The cruiser Aurora became a symbol of the October Revolution, it took part in the Russo-Japanese War, in the famous Tsushima, and then in the First World War.

On 25 October 1917 (Old Style, 7th November New Style) a blank shot from her forecastle gun signaled the start of the assault on the Winter Palace, which was to be the beginning of the October Revolution. At that time Aurora was parked in a different location – near Nikolayevsky (now Blagoveshensky) bridge.

During the Great Patriotic War "Aurora" was involved in the defense of Leningrad - in September 1941 the cruiser took part in the battles. From 1948 to 1956 the ship was used as a training base of the Nakhimov School, then it became a ship museum in the Central Naval Museum.

The museum exposition, which recounts about 300 different subjects, was located in six halls. Here visitors could see models of ships, paintings, objects of seafarers' everyday life, historical photographs and documents. Also, to organized groups combat cabin, boilers and engine rooms of the cruiser were available for a visit.

In September 2014 the ship was towed to the Admiralty Shipyard in Kronstadt to be overhauled, to return in 2016. On 16 July 2016 it returned to its home harbor in Saint Petersburg.

The current exposition of the museum tells about the history of the Russian fleet and about the place of the famous cruiser in the historical events of the 20th century.