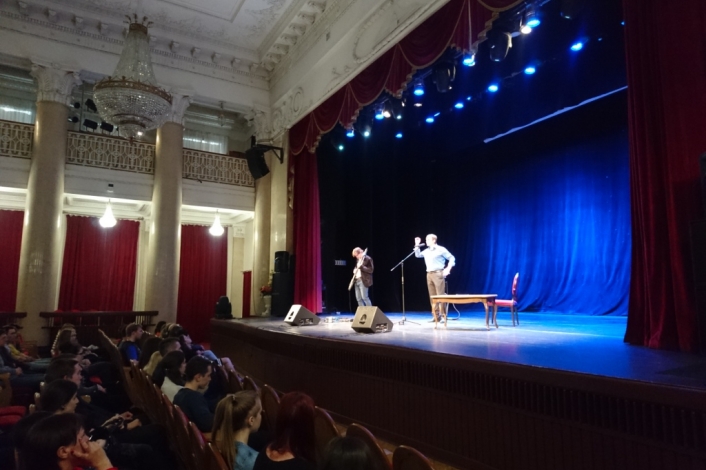 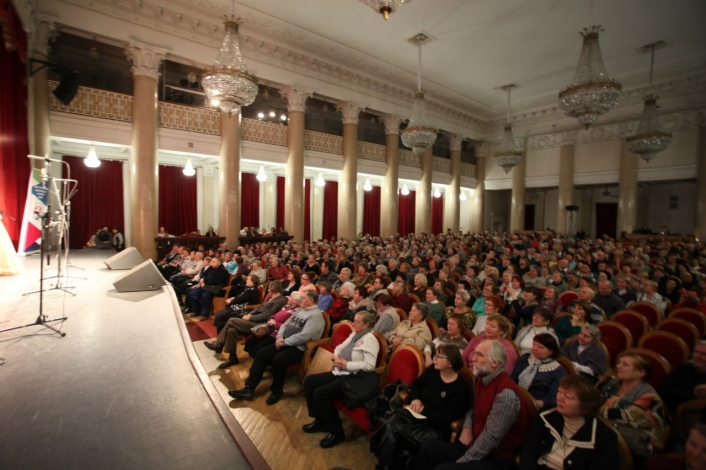 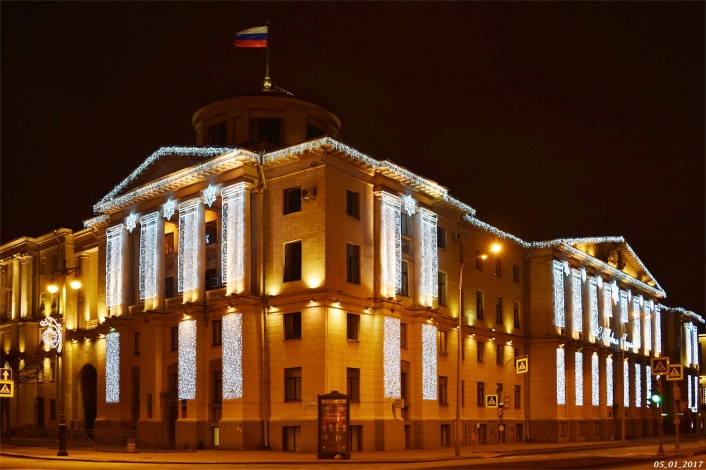 The building on Arsenalnaya Embankment not far from the Finland Station was built in 1954 in the style of Stalinist neoclassicism designed by architects G.I. Ivanov, N.V. Baranov and N.G. Ageeva.

Today the main directions in the repertoire of the concert hall are romance, Russian folk and authors songs, rock concerts, creative meetings with famous artists, opera and operetta evenings and dramatic performances for children and adults.