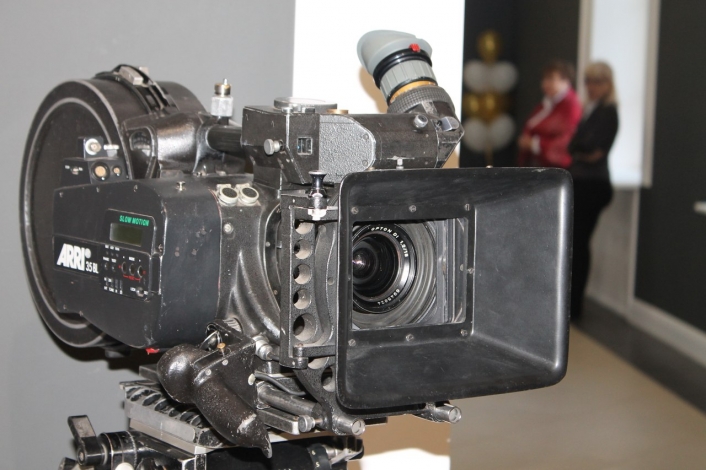 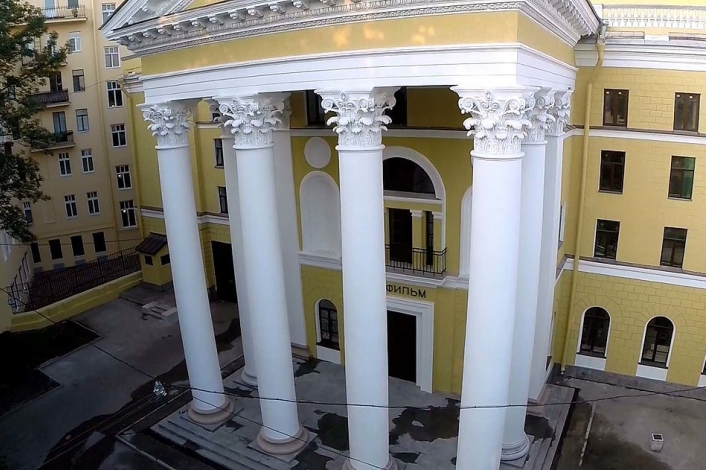 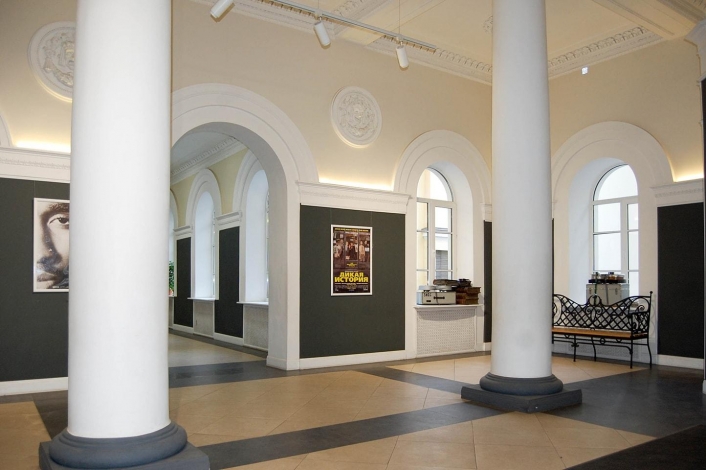 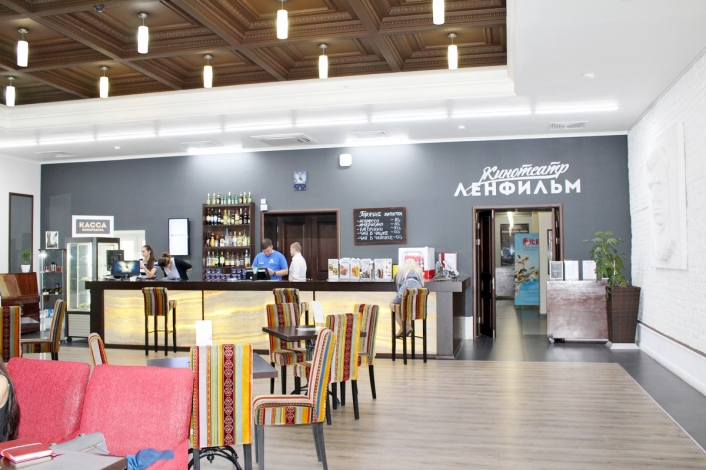 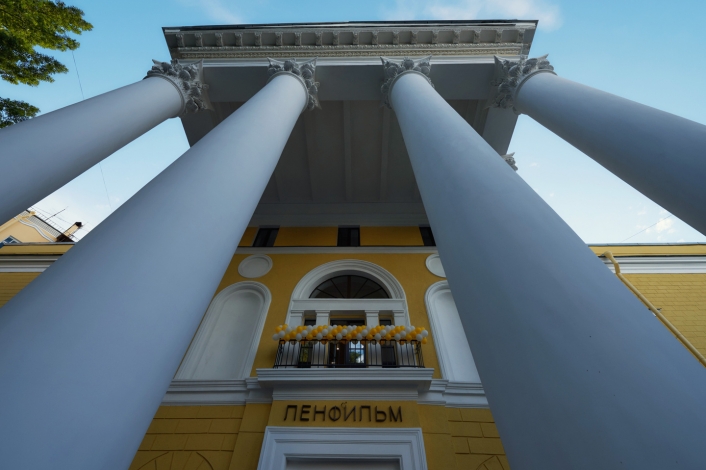 The Lenfilm cinema center is located in the building of the famous film studio, the oldest film company in Russia. The studio was created in the 1920s on the basis of the Military Film Division of the Skobelev Committee established in 1914.

The building of “Lenfilm” was built after the Great Patriotic War on the place where at the end of the XIX - beginning of the XX century the theater-garden "Aquarium" was located, created in 1886 by the entrepreneur Georgy Alexandrov. It was here that on May 4, 1896, the first Russian film show took place, where the Lumiere brothers films were shown.

In 1901, designed by architect I.S. Petrova in front of the "Aquarium" a fence was built, entrance portal-rotunda and an open theater stage. In 1908, the largest variety theater in St. Petersburg was built on the territory of the Akvarium garden, and in 1912 the Ice Palace, the first indoor artificial ice rink in Russia.

In 1920, the garden and the theater "Aquarium" took the Petrograd district photography department. After several renames in 1935, the name “Lenfilm” stuck to the studio. Over the years of existence of Lenfilm, more than 1,500 feature films were shot here, including such legendary paintings as Chapaev, Hamlet, King Lear, Cinderella, Wedding in Malinovka, Lady with a Dog and other films that have become classics of Russian cinema.

Today, the cinema center is located in the building of Lenfilm, a space where the souvenir shop, Under the Columns, Café Drankov and the modernized historical cinema hall of Lenfilm are located, where new products for hire and pictures from the film studio collection are demonstrated. Master classes, film festivals and retrospectives are held here.

By the way, the cafe "Drankov" is named in honor of Alexander Drankov, photographer, cinematographer, producer, creator of the first Russian feature film "Stenka Razin and the Princess". The film was released in 1908, and this date is considered the year of birth of Russian cinema.

Excursions are held in the cinema center, which include inspection of film studios, halls where costumes, awards and props are exhibited, and the most interesting collection is located in the main hall “Under the columns”, which can only be reached with a guide.