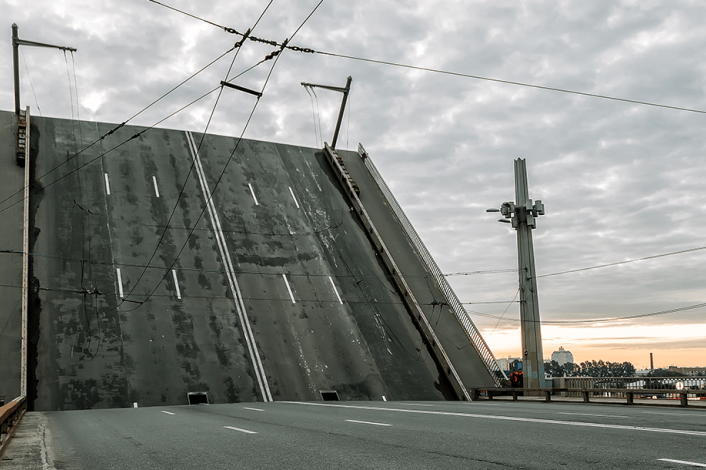 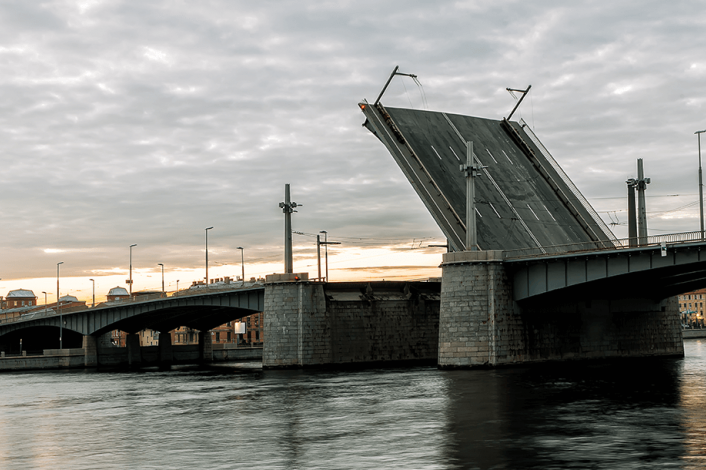 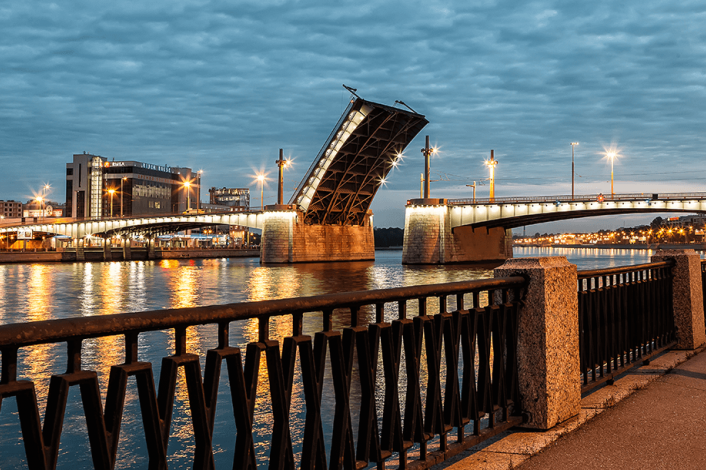 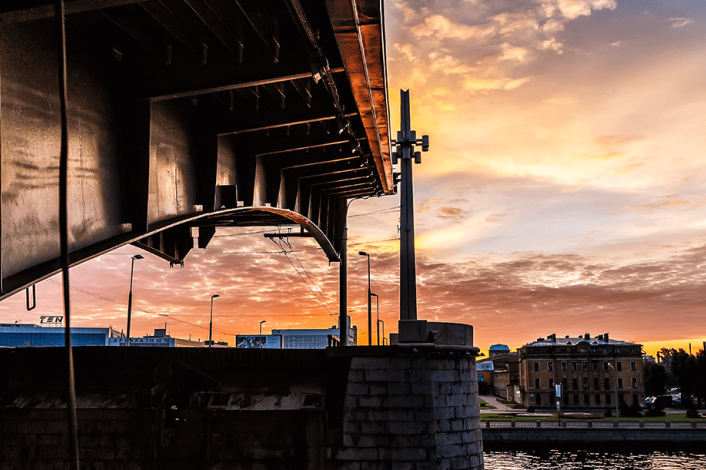 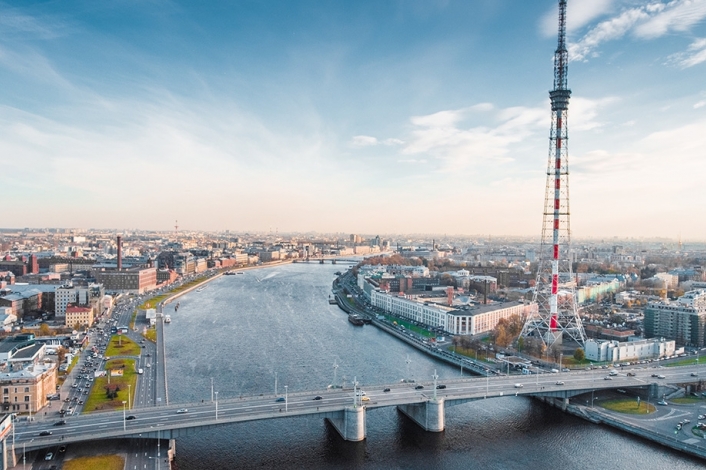 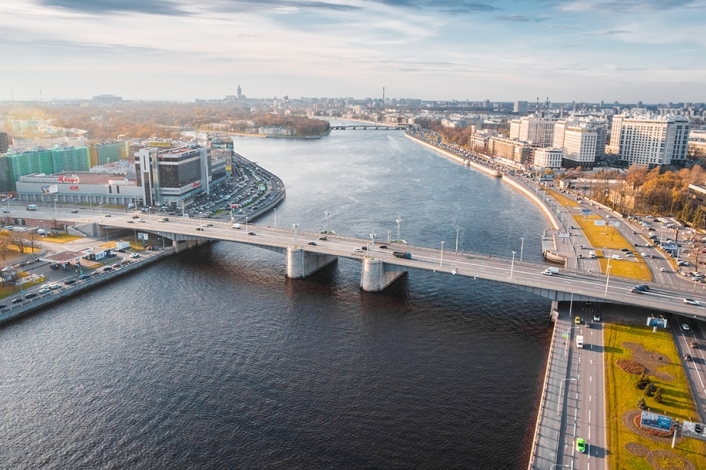 Kantemirovsky Bridge across the Bolshaya Nevka River connects Kantemirovskaya Street and Vyborgskaya Embankment (Vyborg Side) with Medikov Prospekt and Aptekarskaya Embankment (Aptecarsky Island). In the years 1817-1821 on this site a boat bridge was built that has existed for a long time.

The need for a new bridge has arisen due to the construction of the internal transport route in this district of the city.

The new bridge was built in 1979-1982 by Lengiproinzh project. The bridge was named after the adjacent Kantemirovskaya street (formely Flugov Pereulok lane), so named in 1953 in honour of the liberation from the Germans in January 1943, a large village and railway station Kantemirovka, Voronezh Region.

The bridge is a 15-span structure with a central draw span. Fixed spans are covered with 2-span continuous prestressed stiffening girders of variable height. In the cross-section they represent I-beams joined together by transverse beams and orthotropic plate.

There is a hydraulically operated single-leaf draw span of trunnion bascule system with a fixed axis of rotation, with fixed counterweights. The cross-section of a span represents 4-welded main beams.

The sidewalk is separated from the roadway by power metal barrier fencing. The railing is installed on the bridge by the type of Tuchkov Bridge, which represents a simple pattern of the square metal rods, which are interwoven in such a way that they create throughout the unusual three-dimensional picture, not previously encountered in the practice of bridges construction.

In 2002 the artistic illumination of the bridge was completed. Lighting is performed by 360 fixtures located on the perimeter of the crossing. In addition, under the bridge and on its supports powerful spotlights are installed.

Well-known fact, when on the night of 12 on April 13, 2012 bridge-builders were not able to carry out a test of the bridge raising. The reason for this was work on repair the road pavement conducted in the winter, resulting in the draw span proved to be welded to the next one, while the asphalt pavement was thicker than the normative value and did not allow to raise the bridge.