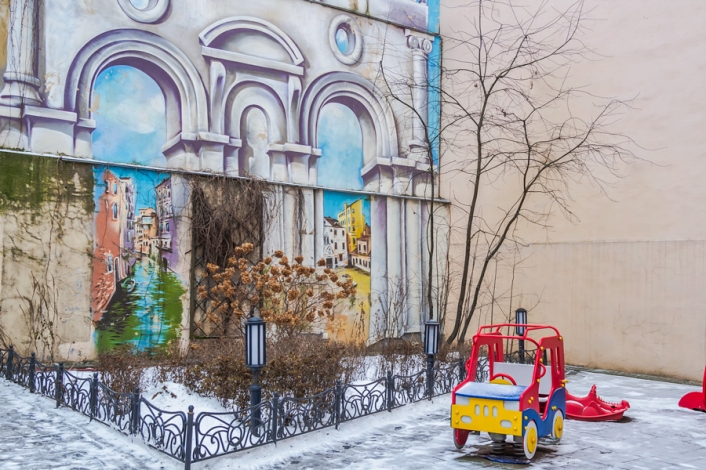 Little Italy is hidden in the courtyard of the former apartment house along Italian Street, 29. Recent changes in the architectural appearance of the building were made in the middle of the 19th century. And in 2013 the yard-well was transformed: on the windows painted shutters appeared, on the walls southern plants, views of Venice and the Colosseum.

As it turned out, sketches of drawings were not agreed, officials tried to destroy graffiti, and residents had to fight for some time for the right of personal Italy. Every day dozens of tourists come here to admire the Coliseum, they like to take pictures of newlyweds.

You can admire the graffiti and, if desired, to drink coffee with delicious buns, enter the gateway from the Manege Square by pressing the blue button on the intercom with the inscription "Check Point Coffeehouse".