late classicism with elements of other architectural styles 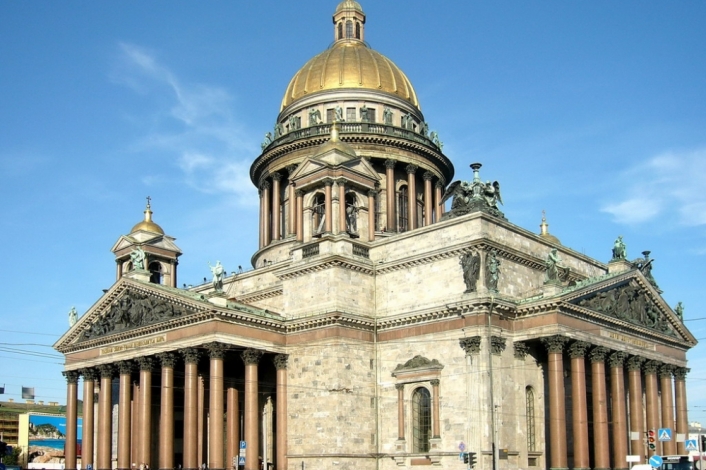 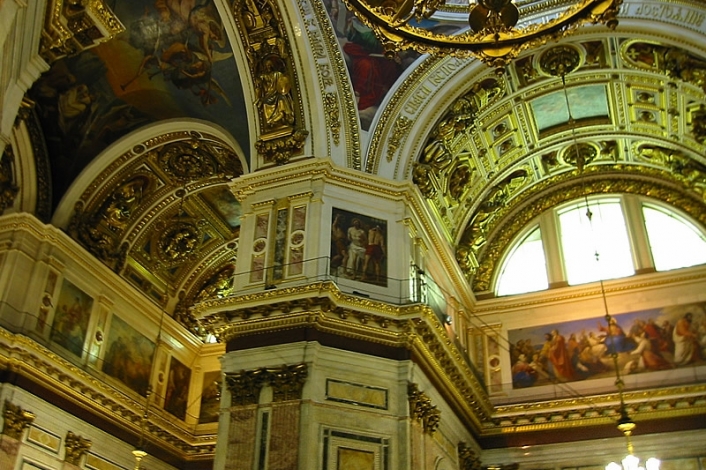 St. Isaac's Cathedral is the main Orthodox Cathedral of St. Petersburg, one of the symbols of the North Capital.

The building is an outstanding monument of architecture. It is built in the style of late classicism with elements of neo-renaissance, Byzantine style and eclecticism. A majestic granite-marble cathedral with a height of 101.5 meters became the high altitude dominant of the central historical part of St. Petersburg.

The cathedral was being built for forty years and was the fourth St. Petersburg church of St. Isaac of Dalmatia, the saint whom Peter the Great revered a lot. The Emperor himself and Ekaterina Alekseevna got married in the first wooden modest version of the St. Isaac's Church. The second stone Isaac's church was built in the style of "Peter's Baroque" and resembled the appearance of the Peter and Paul Cathedral. However, this temple did not last long. Its foundation was blurred by the waters of the Neva River and in 1735 a severe fire broke out in the church after which the building was dismantled.

The third St. Isaac's Cathedral began to be built during the reign of Catherine II and it was completed already under Paul I. During that time the project had undergone many changes. Several architects had been replaced and, as a result, a rather awkward building that caused ridicule of contemporaries was erected.

In 1809 Alexander I announced a competition for the construction of a new church with the condition of preserving the three sanctified altars of the existing St. Isaac's Cathedral. The emperor rejected the designs of the famous architects and chose the young architect Auguste Münfersran, who recently came from France. In the course of construction, the original project was finalized taking into account the remarks of the eminent architects. And finally, on May 30, 1858, on the day of the Monk Isaak of Dalmatia the church was solemnly consecrated.

Since 1991 regular worship services are held at the St. Isaac's Cathedral, which has the status of a museum.