Church of the Assumption of the Blessed Virgin Mary (Blockade Church) 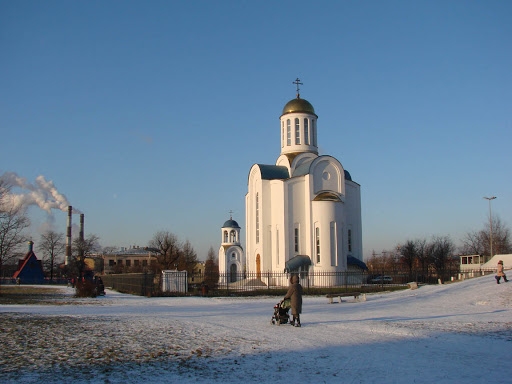 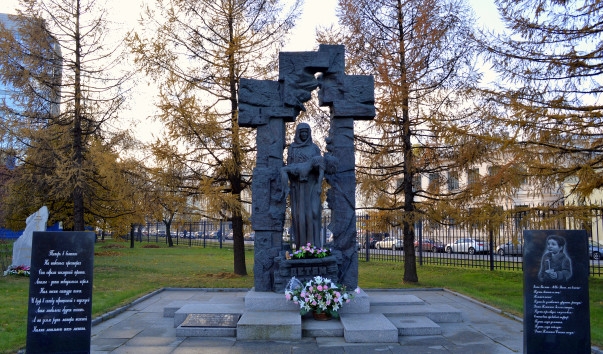 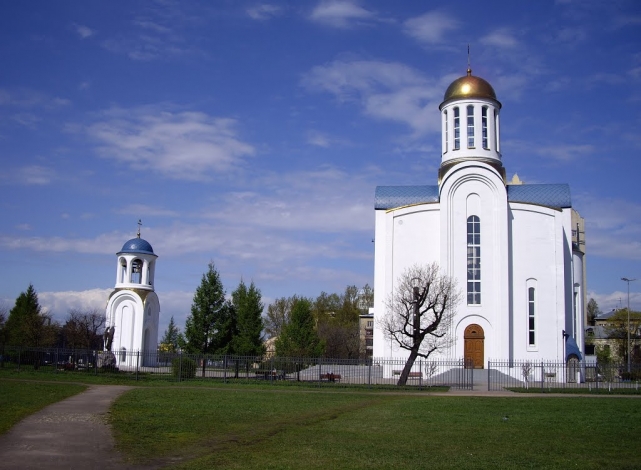 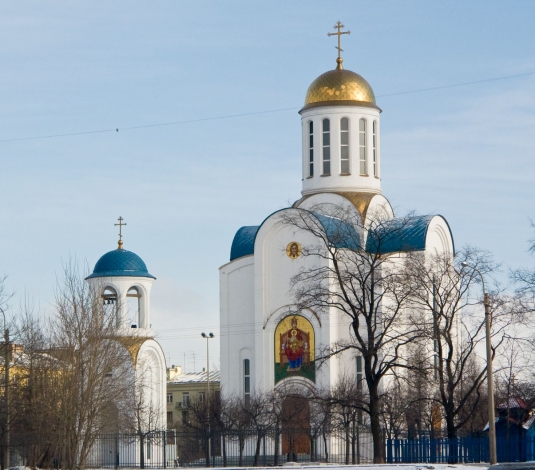 The Church of the Assumption of the Blessed Virgin Mary (Blockade Church) is an Orthodox church on Malaya Okhta, erected in memory of the victims of the blockade and the defenders of Leningrad.

Before the founding of St. Petersburg, there was a wooden Lutheran Church of the Holy Virgin Mary. In 1720 it was demolished and the wooden Orthodox Church of St. Mary Magdalene Equal to the Apostles was built. There was a cemetery here in the 18th century.

In 1848-1857, the church was rebuilt according to the project of architects Karl Mayevsky and Vasily Nebolsin. In 1938, the church was closed, after the war, the Rassvet cinema was placed in it. In the 1960s, headless and devoid of architectural decoration, the temple was demolished.

After the church was closed, the cemetery on Malaya Okhta was abolished and destroyed, but during the days of the blockade it became a place of mass graves.

It was decided to revive the temple in the 1990s. On August 29, 1996, a foundation stone was installed here, and by 2001 a one-dome church in the Russian style was erected according to the project of Felix Romanovsky and Yuri Gruzdev. The construction was carried out on voluntary donations from the townspeople.

On September 8, 2001, on the day of the 60th anniversary of the beginning of the blockade of Leningrad, the temple was consecrated.

Above the entrance to the church, on the facade, there is a mosaic image of the Sovereign Mother of God icon, created for the 60th anniversary of the victory in the Great Patriotic War. The history of the mosaic panel was tragic: on August 11, 2004, during the work, the forests collapsed from a gust of wind, taking the life of the organizer and the first rector of the church, Archpriest V. Eroshenko; the author of the panel, the icon painter A. Collodius, also died of the injuries received.

To the west of the white-stone church, a low, free-standing, blue-tiled bell tower of the church was erected, in general repeating its architectural style. Another small wooden church dedicated to St. Mary Magdalene stands nearby, in memory of the temple of the same name that existed before on this site.